Unpaid internships are relics of an archaic system 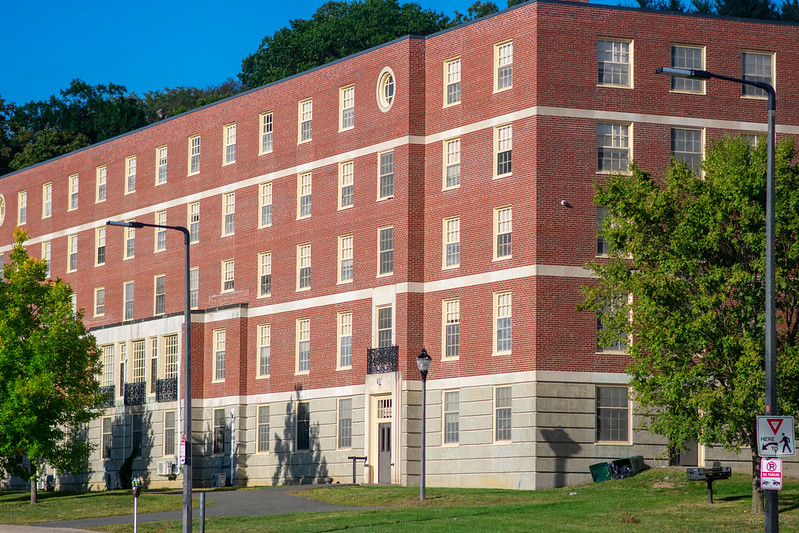 Moving into the second week of March, many students are knee-deep in the search for a summer internship. Like each class that came before, this year’s prospective interns will wade through a substantial number of unpaid listings. In 2021, this should not be the case. Though laws still allow employers to reap free labor from undergraduates, students should have to go looking for these positions. Like a lesser-value product at a department store, unpaid work should be relegated to a back shelf, not displayed in a front window.

Unpaid internships were not designed for our modern society. According to a Time Magazine article, detailing the history of internships, the system was originally created to train young people for trades and medicine. The modern internship then took off in the 1970s when college enrollment began to rise, and hands-on experience gave students a leg up in securing employment in a competitive job market.

Interns, or apprentices as they were called in the Middle Ages, worked alongside trade masters for free until they were prepared to do the work on their own. These young people were not paying exorbitant amounts of money to attend college on the side; this was their education, and it was a straight path to a lucrative career. That aside, apprentices were also often supplied with food, housing and clothes in exchange for their work.

Even 30 years ago, working an unpaid position was more manageable than it is today given the 161 percent increase in the average price of a four-year degree in the United States between 1987 and 2016.

Regardless, today’s students still need internships. The Time Magazine article cites a simulation published in Labour Economics that shows that resumes listing industry-relevant internship experience are 14 percent more likely to result in an interview than those without. This is the logic behind the U.S. Department of Labor’s “primary beneficiary test” established in 2018, which allows unpaid internships if they meet some of seven criteria for determining whether the student or the employer is the primary beneficiary in a work agreement.

Determining that a student walks away with a great benefit, however, is precisely the issue if only wealthy students can afford to take on the burden to begin with. And ironically, it is already disadvantaged populations who are most likely to work for no pay.

These students are not only taking a financial hit now, but they also walk away with less than their paid peers. Another NACE study showed that, while unpaid internships were helpful for students in networking and confirming the orientation of their careers, they did not result in significant professional skill development. Additionally, unpaid positions were correlated with longer job searches and lower levels of job satisfaction and had a negative correlation to salary and employment outcomes.

Many schools, the University of Massachusetts included, set aside funds to provide high-achieving students working unpaid internships with grants or scholarships. Still, this is letting employers off the hook and doing little to work towards a future in which college students are respected and protected as workers. Grants and scholarships are significant for the students awarded them, but they are a band aid on the problem.

Given it has only been five years since the U.S. Department of Labor established the primary beneficiary test and there has been little serious discussion since, ending unpaid internships altogether is still an elusive goal. In the meantime, paid and unpaid internships do not have to be treated as equal.

Job boards and career centers, especially those used and sponsored by universities, should not be promoting unpaid internships with the same enthusiasm as paid positions. Most of these sites have filters that allow users to sift out unpaid positions, but what if they went a step further and only allowed listings for paid or stipend work? What if college career centers established policies to only advertise internships that provide compensation and only invite potential employers to job and internship fairs if they offer paid work?

Students who have their eye on a specific company that does not pay interns could navigate the organization’s website or reach out on their own, but why make it easy for companies to publicize unpaid positions?

While statistics vary on how people find a job or internship, job boards and career centers exist for a reason. Handshake claims to have over seven million active student users and over 500,000 employers. NACE reported that, in 2017, just over 85 percent of students who were actively job searching visited a career center either in person or online. About 68 percent of those students were browsing job listings. Making this change will not go unnoticed by employers.

At a time when there can be no leniency with practices that promote inequality within society, unpaid internships should be viewed as part of an archaic system. The hope of ending them altogether is unlikely to be realized any time soon, but that does not mean that conscientious universities and job search companies cannot begin to turn the tide. If these platforms stop accepting posts for unpaid work, society will stop normalizing a practice that disadvantages low-income students and perpetuates income inequality, racism and sexism in America.