Students accuse SGA of collusion, self-importance and lack of transparency 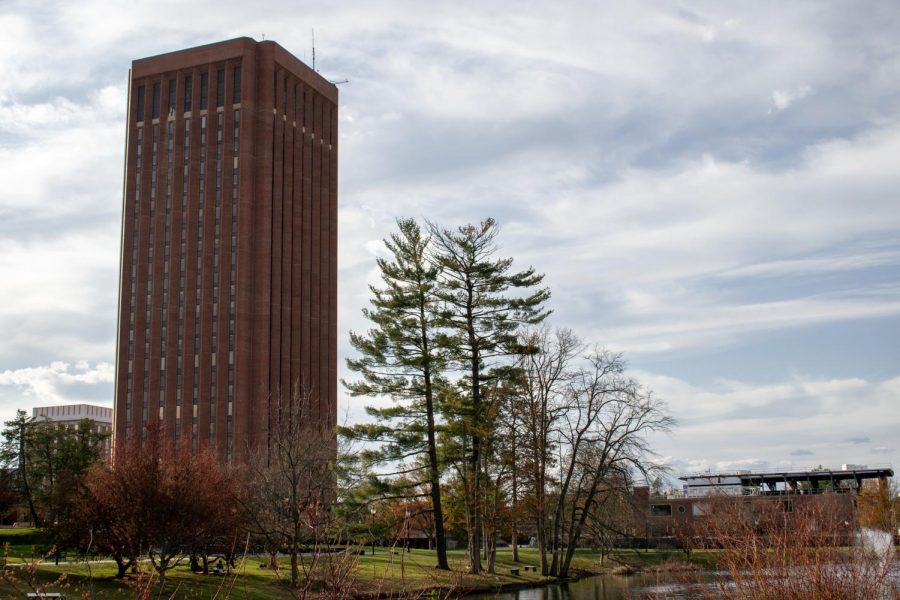 Students voiced their disappointment and anger toward the Student Government Association on Wednesday following a judiciary injunction delaying the upcoming election.

Every spring, the SGA appoints a commission to oversee elections for the student senators, president, vice president and student trustee. This year, the election came under fire when presidential and vice presidential candidates Hayden Latimer-Ireland and Audrey Gabriel, as well as student trustee candidate Barkha Bhandari, filed their paperwork a day late due to a miscommunication from the election commission. Following petitions from both parties, the judiciary decided to allow them on the ballot.

On Tuesday, two members of the election commission, Victoria Boyne and Ethan Klopman, resigned, alleging they had been overworked and met with “frequent aggression” by members of the SGA. In their resignation letter, the pair wrote that SGA leadership, including President Sonya Epstein, deflected blame for issues with the election. They claimed that one member of Epstein’s cabinet told the pair to “f****** resign” over their concerns.

Joe Abraham, a candidate for vice president, described his displeasure with the judiciary. “We’ve been forced to deal with this dysfunction of the SGA firsthand,” he said. “It’s ridiculous.”

Abraham also explained his support of Boyne and Klopman, noting their stress and alleged harassment by “a high-ranking SGA official executive cabinet.”

“This is my first time in the SGA,” said Ibrahim Akar, presidential candidate running with Abraham. He explained that he only knew about the SGA through scandals and impeachment but decided to run due to the lack of diversity in the group.

Mahmoud Khalil, an economics major and non-SGA student, voiced his distaste with the SGA.

“Most students join the SGA to benefit their resumes or CV or boost their own ego to satiate that desire for self-importance,” said Khalil. He explained that the campaigns of Akar-Abraham and Rajkumar-Katzman were wrongfully accused of violating campaign rules. “I was really disappointed by the way that the last couple days have been conducted and sheer lack of transparency from all of the members of the SGA.”

Speaker Julia Fox said that the SGA meeting is not the place to deal with the drama of the SGA election. “Our main priority… is making sure we can perform for the students,” Fox said.  “Our plan now is based on the Judiciary’s ruling… there needs to be five days awarded to all races solely for campaigning before voting can go on.”

Fox also provided an updated timeline of the election process. Campaigning will be from Saturday until Thursday. Voting will occur between March 18 and March 22.

“We’re not scrapping the election,” Fox said. Fox and Secretary of University Policy Sara McKenna explained that Student Legal Services will help support the election commission to be trained and execute the election process properly.

Senator Ben Katzman asked McKenna why she was working with the election commission despite personal ties to a presidential candidate. She clarified that she is helping support them, but that she is not involved in the decision-making process.

The SGA also voted to co-sponsor an event entitled, “Know Your Government,” which is being co-sponsored by the University of Massachusetts’ Center for Multicultural Advancement and Student Success (CMASS). The event will occur online on March 25 at 7 p.m.

“I wanted to organize an event to reach out to more diverse communities,” said Secretary of Diversity Carla Montilla. Chair of the Social Justice and Empowerment Committee Audrey Gabriel explained that the event will help to highlight what the SGA does and their impact.

The SGA also discussed a proposal for UMass to provide free feminine hygiene products. Additionally, the SGA endorsed a proposal to implement the Swipe Out Hunger program and a food pantry.