The Texas freeze shows a desperate need for climate action 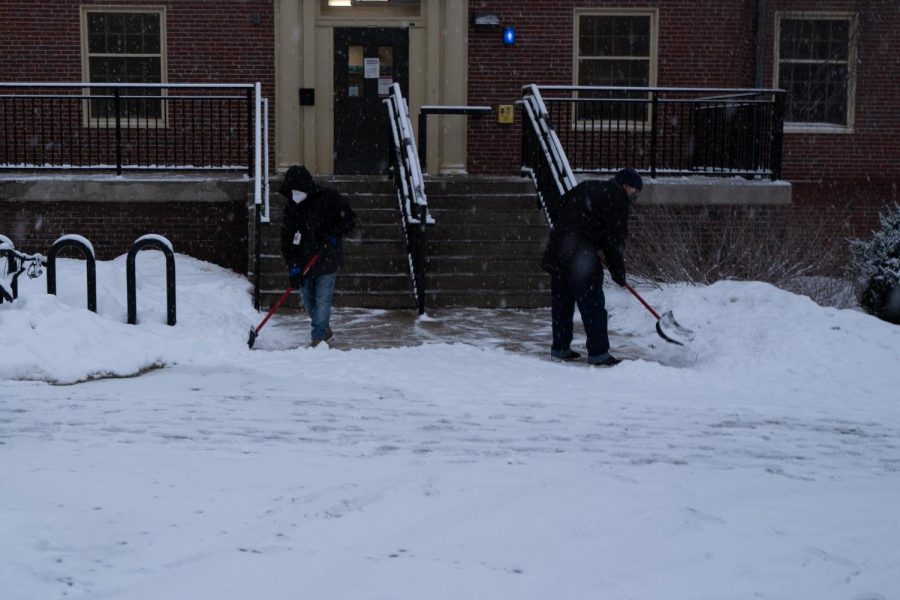 Last week, Texas experienced one of the worst power crises in American history. A massive winter storm devastated the state, dropping temperatures down to below freezing, millions of Texans lost power and went without it for days. Running water was scarce; all of Houston was under a boil water warning as pipes burst throughout the city and the rest of the state due to the cold. Hospitals had to treat people due to exposure to the cold and carbon monoxide as generators were forced to run for days. Meanwhile, the COVID-19 pandemic rages on.

Unfortunately, this all could have been avoided.

As the crisis unfolded, and continues to unfold, government officials in Texas and across the country falsely blamed the power outages on frozen wind turbines and, even more audaciously, on the Green New Deal, a climate resolution that has not even been passed yet and contains no binding laws. Former Texas Governor Rick Perry proclaimed that Texans would want to spend days in the cold without power if it meant keeping the federal government out of the state and preventing climate regulation. Current Texas Governor Greg Abbott went on Fox News in the heat of the crisis to falsely blame solar energy, wind turbines and the Green New Deal as millions of his citizens suffered in the dark.

In actuality, the wind turbines didn’t have nearly as much of an impact on the blackouts as these politicians would like you to think. Natural gas and coal pipelines freezing up due to a failure for the government to winterize them had a much larger impact on the situation, simply because Texas relies on these energy sources more than wind turbines. The energy demand was too significant for the power grid to handle, a power grid that is unregulated and isolated from the rest of the nation’s power.

Further, Texas experienced a similar deep freeze in 2011 that also led to blackouts. Since then the state has failed to make adjustments to power generators that could have prevented them from going offline in extreme cold conditions. The entirety of Texas’ infrastructure, from the pipelines to the turbines to the power grid, failed them during this freeze. And as climate change continues to rage without government action, these unprecedented storms will continue to impact the country.

It is clear that the inaction of the Texas government was a primary factor in the storm being as bad as it was for Texans. However, this does not mean we should blame the citizens of Texas. As the crisis unfolded, many influencers and verified accounts on Twitter blamed the freeze on the citizens of Texas as a whole for their state voting for Trump in the 2016 and 2020 elections. This is despite the fact that over five million Texans voted for Joe Biden in the 2020 election. It is ignorant and dangerous to generalize Texas as “just another red state” that “deserves” the pain and suffering this storm has caused them. This only feeds into the stereotype that people in the Southern United States have had to deal with for decades: that they are somehow below and less-than the “elites” in the Northeast.

People who live in the Northeast are in a position of immense privilege, as the climate normally fluctuates from hot in the summers to cold in the winters; the infrastructure is prepared for most weather events. It’s shameful that northern elites put blame solely on the people of a state where they have minimal control over decades of corruption, voter suppression and gerrymandering. It’s possible to blame the government of Texas for their inaction and at the same time not demoralize the good people who are freezing.

The climate crisis looks to be nowhere near over at the rate the country is going. After four years of an administration that actively took steps to damage our climate — in some aspects, irreversibly — it is hopeful that the current administration at least acknowledges it exists and supports the framework of the Green New Deal. Unfortunately, it is not enough. The Green New Deal needs to be fully enacted immediately, and work must be done to revitalize the infrastructure of the country to be more prepared for the impacts of climate, especially in southern states like Texas.

At the same time, it is critical that people not just in the Northeast, but across the country, support their fellow citizens when it is necessary. At some point, we will all be impacted by the effects of climate change. It’s essential to support your fellow community members, donate to good causes trying to help those affected and act by calling your local leaders, representatives or senators and demanding they take a stand.