Gorillas haven’t played a game in over a year 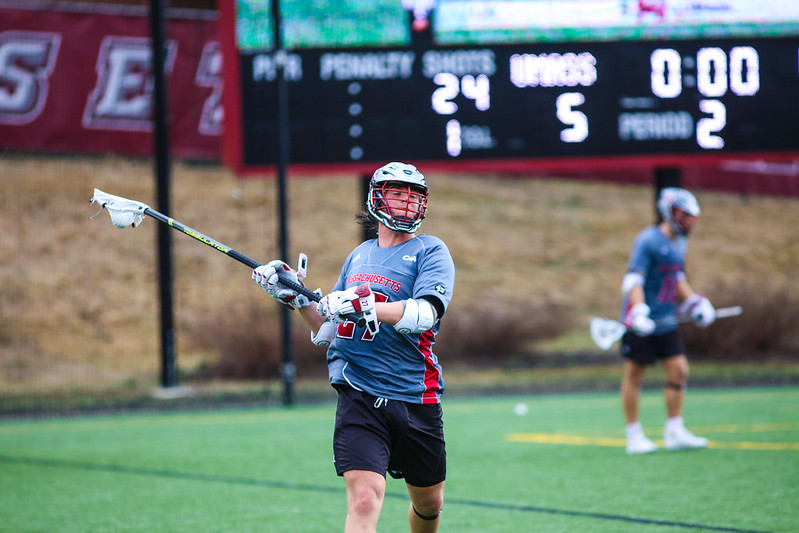 On March 14, 2020, the Massachusetts men’s lacrosse team was scheduled for a neutral site home game against Utah. That contest was moved up a day, before being cancelled altogether along with the Minutemen’s season.

Now, one year after its promising campaign was cut short, UMass will finally return to action, kicking its 2021 season off against Fairfield (1-2) on Sunday, March 14.

“I think for the guys there’s a lot of emotion involved in it,” said head coach Greg Cannella Thursday. “Obviously missing the game, missing the competitions.”

The Minutemen have not been without a great deal of adversity in getting to this point. Their season opener was planned for February 13, before a campus-wide athletic pause derailed those plans.

Then, shortly after UMass was allowed to begin practice again, a tier I (players and coaching staff) positive test shut the program down once more. Between the two pauses, the Minutemen had to postpone four games.

But after all that, UMass is finally set to take the field for the first time in over a year.

And when Zack Hochman lines up for the opening faceoff for the Minutemen, it will be their first time playing a Colonial Athletic Association opponent since 2019. Last season was cut short before they got to conference play.

The good news for UMass is that it has dominated the CAA as of late, with a 9-1 record over conference foes since 2018.

And with one of their most highly anticipated seasons in recent memory, the Gorillas are looking to continue their recent success against a Stags team coming off a 13-11 victory over Lafayette. UMass has not played Fairfield since that 2019 season, and a lot has changed since then.

“They are a much more together team, they’re going to push the ball in transition,” Cannella said of Fairfield, “And their attack unit has been outstanding for them over the last year, they’ve scored a lot of goals.”

The Minutemen will face an uphill battle on Sunday, having not played a game in over a year as opposed to the Stag’s three games this season.

“There’s really no time this year to settle in because you’re going and playing a league game,” Cannella said. “It’s going to be ugly at times, it really will be.”

One thing that will be helpful for UMass is that they have returned nearly their entire senior class from last season, including key assets on both sides of the ball. Jeff Trainor, Billy Philpott and Jackson Suboch are among the six graduate students who took advantage of their extra year of eligibility.

“When we left last March, we talked to those guys before they went home and said if there’s an opportunity to bring you guys back next year, we’d love to have you,” Cannella said. “And they were all in.”

Couple that with a standout sophomore group headlined by starting goaltender Matt Knote, as well as a 14-player freshman class, and you get one of the deepest rosters in Minutemen lacrosse history.

Of those freshmen, there will be a few given some opportunities despite the size of the lineup. Notably, a couple faceoff specialists in Caleb Hammett and Ryan Henry will take some of the load off Hochman, who lined up for nearly every draw last season.

UMass’ long awaited season opening clash is set for 1 p.m. at Garber Field. The game can be streamed on UMass Sports Network.