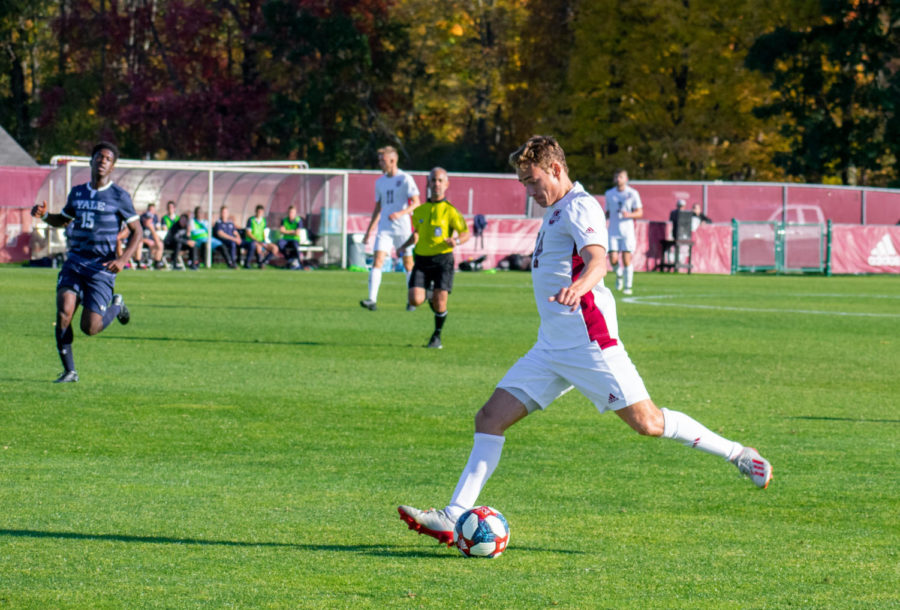 The winning streak came to an end Wednesday night for the Massachusetts men’s soccer team who drew 1-1 in double overtime against La Salle.

“I just thought we came out very sharp,” UMass Coach Fran O’Leary said. “We could have been two or three shots ahead against a good La Salle team. The game then settled down, we dominated the early parts and then the game just settled into a game of two good teams going back and forth.”

From kickoff, Yosuke Hanya and Filippo Begliardi Ghidini registered shots on target within the opening minute of the game to put pressure on the back line of the Explorers. That pressure wouldn’t fade away and soon enough in the 13th minute, forward Alec Hughes fired a shot into the back of the net to give the Minutemen an early 1-0 lead.

“He is a good finisher,” O’Leary said. “He gets himself in position to score goals. He likes to be inside the penalty area, where most of the goals are scored. He takes some good positions and very pleased with his performance today.”

In his last three games, Hughes has two assists and three goals. The freshman paired up with Begliardi Ghidini have been a formidable front on the attacking side of the ball. Begliardi Ghidini played 102 minutes on the pitch and registered five shots all game with one on target. The graduate transfer has been praised relentlessly throughout the short season so far by O’Leary and he has consistently been a reliable forward offensively for UMass.

“He is just an experienced player,” O’Leary said. “He is a handful for opposition defenders. He is always lively, always running. Maybe he was a little unfortunate once or twice in front of goal.”

La Salle squared the game up at one in the 19th minute thanks to a goal from Sam Decencio who was assisted on a corner kick by Franc Gamiz Quer. It was only the third goal conceded all year for the Minutemen, a credit to the back line and the goalkeeping.

“[We are] a little disappointed we conceded [a goal] on a set piece,” O’Leary said. “We conceded on a corner kick. We’ve done very well this year on defending our penalty area and tonight we came second which is rare for us.”

UMass outshot La Salle 20-9 on shots, but La Salle had the upper hand with shots on target with a tally of 7-5 in the game. Through two periods of overtime, neither side could net home a winner.

“I thought we played well,” O’Leary said. “Disappointed in the result to give up a lead at home but I thought overall we played well. Lacked a little bit of quality in the final third. For all of our possession maybe lacked quality, a little bit of decision making. It might’ve translated into our play for more goals. Overall though, pleased with the performance of the team.”

“If we can win the league by a point, then tonight’s result is a good result for us.”

UMass is set to take on Rhode Island Saturday in Amherst at the bubble with kickoff set for 4 p.m.