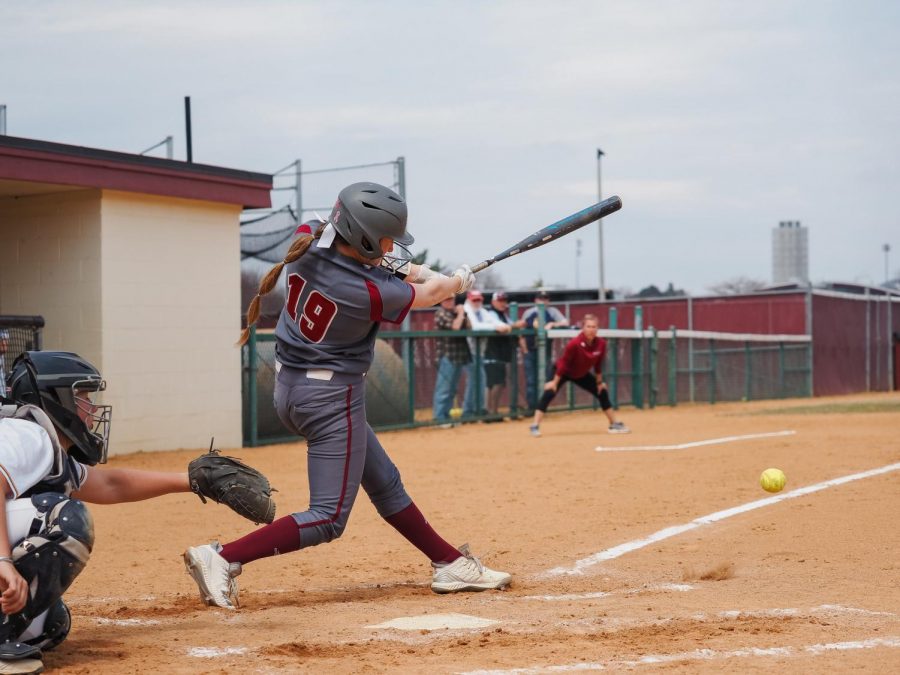 When the box score read that the Massachusetts’s women’s softball team suffered a 18-0 loss in its opening game, it’s easy to think that everything went wrong for the Minutewomen (0-1).

However, head coach Kristi Stefanoni made it very clear that nothing went wrong for her team on Sunday morning, it was rather a case of an inexperienced team seeing dirt for the first time in a year.

With six freshmen on the roster this season, in addition to sophomores who barely had a rookie year due to the COVID-19 pandemic prematurely cutting their season, it is no surprise that things would not be perfect.

“I think game one I knew there were going to be some bumps and roadblocks here and there and some stuff that we needed to work through,” Stefanoni said. “We looked at the good things that happened in the first couple of innings and tried to highlight some really great stuff.”

Two of the highlights that Stefanoni capitalized on was that the first hitter that freshman pitcher Jenna Bradley faced, struck out, giving Bradley her first collegiate strikeout right away.

Freshman Bella Pantoja had her first career hit with a bunt to start the third inning. The Minutewomen put two runners on in the frame after Amy Smith singled to left field.

Following some positives for the Minutewomen, Delaware went on to score nine runs in its half of the third in what seemed to be the turning point in the game. From there, the Blue Hens (1-0) continued to find success in the batter’s box, thanks to a home run from Brittney Mendoza.

Hannah Bunker singled to left field for the Minutewomen in their half of the fourth, but momentum continued for Delaware in the bottom half. The Blue Hens followed up with seven runs, eight hits and another home run, this time for Lexi Moore.

Sunday’s rocky loss, however, is nothing compared to the road the Minutewomen faced to reach this point. After an offseason filled with uncertainty, when UMass was finally able to practice again, a 14-day all campus pause stopped its season yet again. The opportunity to finally play on Sunday was a win in its own way.

“Our practices are different, we can’t practice as long, we have people who are playing in different positions because of COVID and having some people out and such,” said Stefanoni. “I look at this game and see ways we can move forward and move on and not dwell on the fact that the result was what it was.”

As far as moving beyond this game, Stefanoni has made it clear what she expects out of her team during this unusual season.

Stefanoni believes that giving her team the perspective that all she expects is hard work and to compete every game means success will come its way as confidence and comfort begins to set in.

The future of this season is scheduled, but there is no guarantee that things won’t change. The best that any collegiate team can do in a season like this one is focus on the next thing, in hopes of eventually reaching conference play.

“It’s game one of the season,” Stefanoni said. “A very long season hopefully for us and this isn’t even a setback. This is just a game we can look and see and dissect ways to get better before we face Boston College on Saturday.”

The Minutewomen will look to rebound on Saturday as they take on Boston College. First pitch is slated for 1 p.m.