What makes the ‘Snyder Cut’ different than the theatrical cut 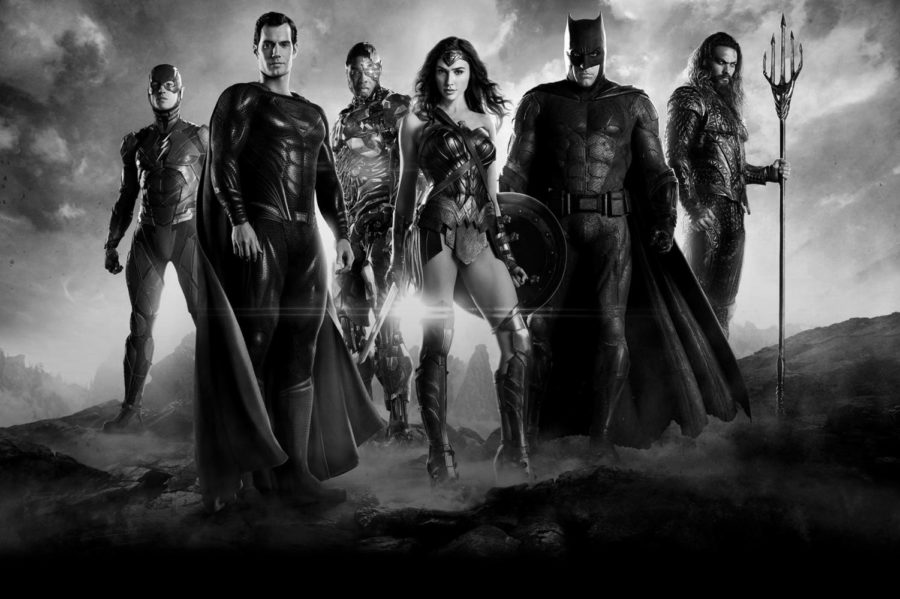 “Zack Snyder’s Justice League” will be released March 18 on HBO Max. It has been labeled as a director’s cut of “Justice League” from 2017. However, it is not just a longer version of the same film with more scenes. There are many massive differences between the two versions. They are basically two entirely different films. To understand why, you need to know a little about the film’s production history.

“Justice League” started filming in 2016, under direction by Zack Snyder. After filming had finished and into postproduction, Snyder left the project because his daughter committed suicide. Warner Brothers used this as an opportunity to fundamentally change the film. Warner Brothers brought on a new director, Joss Whedon, for reshoots, as well as a different composer and cinematographer. While the public were told the reshoots would be small and have a minimal effect on the film, they would end up being huge and fundamentally changing many aspects of the film.

The changes caused by the reshoots include the addition of sexist jokes, removal of backstories and development for numerous characters as well as the removal of some characters entirely. There was also the fact that Snyder shot on film, while the reshoots by Whedon used digital cameras, creating a visually inconsistent film. Many things that audiences mocked about the theatrical cut were due to the reshoots. For instance, the removal of Henry Cavill’s mustache via CGI, making Superman’s face look awkward at several points in the film, was done during the reshoots under Whedon. In addition to the reshoots, the studio also mandated that the film be under two hours long.

The film’s original cinematographer, Fabian Wagner, estimated that only about 10 percent of the theatrical cut was footage that Zack Snyder directed and Wagner shot. The rest was footage from the reshoots. Despite this, Snyder is credited as director on the theatrical cut and received blame and criticism for the film. Snyder hasn’t even seen the theatrical cut, as his wife and producer Deborah Snyder and executive producer Christopher Nolan have told him never to watch it.

Since the release of the theatrical cut of “Justice League,” fans have demanded for the release of Zack Snyder’s version of the film. The hashtag #ReleaseTheSnyderCut was used to put pressure on the studio to let people see the version of the film the studio promised in 2017. More and more cast and crew supported the #ReleaseTheSnyderCut movement and in May 2020, it was announced that the ‘Snyder Cut’ would be released on HBO Max in 2021. The film will be entirely footage that was directed by Zack Snyder and will have no footage from Joss Whedon’s reshoots.

In addition to changing the artistic vision of the film, there are also reports of abuse during the reshoots and racism motivating many changes to the film. Both Ray Fisher and Jason Momoa, who play Cyborg and Aquaman respectively, have spoken publicly about the reshoots.

Recently, Fisher revealed that a studio executive on the theatrical cut of the film said “we can’t have an angry black man at the center of the movie”.

“Serious stuff went down. It needs to be investigated and people need to be held accountable,” added Momoa.

Cyborg’s role was reportedly dramatically reduced in the theatrical cut and the character will have a much bigger role in Snyder’s “Justice League.” Several black characters were cut entirely from the theatrical cut including Cyborg’s mother Elinore Stone, and Iris West; all of whom will appear in the new version.

Snyder’s “Justice League” is said to be around four hours long, while the theatrical cut was only two hours long. So even if the entirety of the theatrical cut was done by Snyder, which was not the case, his version of the film would still have an entire movie’s worth of scenes and content that have not been seen yet. Any long film could be easily ruined by dramatically cutting it down and adding bad scenes. While the length may seem long to some, you have to consider many big epics are over three hours. “Seven Samurai,” “Lawrence of Arabia,” and each of “The Lord of the Rings” films are all over three and a half hours and sometimes close to four hours. In addition, Snyder’s “Justice League” will have chapter titles and an intermission.

Even if “Zack Snyder’s Justice League” is the worst film ever made, its release is still important. Even if you don’t care about it, this is important for artistic freedom in Hollywood and holding studios accountable. Many films have suffered from studio interference, and the studio executives are able to get off fine, while the director is blamed. Now studios will have a harder time ruining director’s visions and then blaming the director.

Studios have also been able to get away with abuse and mistreatment of minority cast and crewmembers. The fact that these things are being revealed and are not just forgotten about is good and the release of this film means studios will actually be held accountable.

Scott Lerer can be reached at [email protected]