Climate change is an intersectional issue

We cannot separate climate change from other social issues 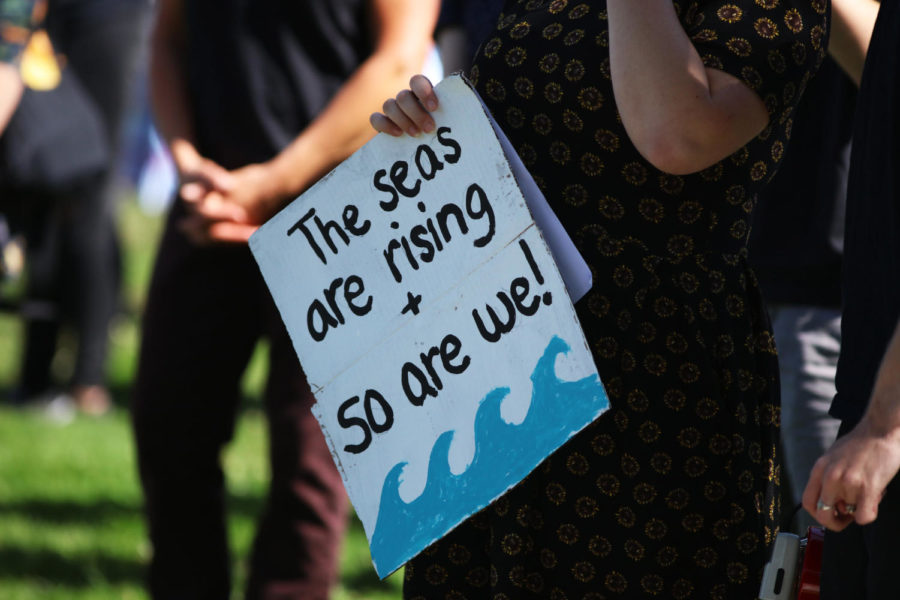 Our climate is rapidly changing, but this isn’t breaking news. Conversations about climate change have occurred for years, and rightfully so. Our planet is in dire distress and it is imperative that climate activists educate and call their peers into action. Unfortunately, much of the discourse surrounding climate change ignores how interwoven it is with other social issues.

We often forget that climate change is an intersectional issue. Coined by legal scholar Kimberle Crenshaw, “intersectionality” suggests that different forms of discrimination are inseparable. In the context of climate change, this means that historically marginalized communities will be disproportionately affected by the worsening environment.

This is best seen in the more obvious effects of climate change, such as the increase in natural disasters or water shortages. More than 15 years after Hurricane Katrina devastated New Orleans, the storm still infamously exemplifiesthe crossroads linking the environment with racial disparities. Of the thousands killed in Katrina, the majority were lower-class citizens of color. While white affluent neighborhoods were rebuilt and reinhabited in the years following the storm, the poorer, predominately Black neighborhoods remained abandoned and in disarray. Similar trends have played out in countless other storms since Katrina.

Though the COVID-19 pandemic may seem separate from climate change, scientists suggest that environmental changes allow disease to spread more easily. Unfortunately, this means that we may see more pandemics in the coming years as the climate continues to worsen. The COVID-19 pandemic has highlighted the United States’ country’s racial and socioeconomic inequities. While we all have lost something or someone in the past year, BIPOC citizens are overwhelmingly more at risk for contracting the virus, getting hospitalized and dying. Additionally, low-income Black and Brown communities have suffered the greatest economic setbacks in the past year.

Throughout our country’s infrastructure, poor BIPOC Americans live in our most dangerous, deteriorating environments. They have been, and will be, the ones most affected by the changing climate.

Even environmental activism reveals intersectional disparities. As activists raise awareness on the issue, they have called for individual citizens to do their part in combatting climate change. Social media activists have called on followers to support small, sustainable businesses and buy local, organic food. Of course, individual citizens should do their best to help curb the rapid changes in our environment. However, we also must recognize the privilege in being able to afford sustainable, organic products. “Green” products tend to be more expensive, especially when it comes to non-essentials, like fashion or beauty products. Moreover, about 19 million Americans live in “food deserts.” These citizens, most of them poorer Black or Brown individuals, barely have access to a supermarket or grocery store, let alone one where organic, environmentally friendly produce is available or affordable. For many low-income or middle-class Americans, shopping green is an impossible luxury.

Furthermore, the rich upper-class could make meaningful change, yet they sit by as poor individuals are left to burden the responsibility.

We cannot pretend that climate change exists in a vacuum. While we all will suffer from environmental changes, acting as if this suffering is discrete from other societal disparities is counterproductive.  Climate change hurts some more than others. When developing solutions, it is crucial for us to emphasize environmental justice.

The Green Action for Health and Environmental Justice organization defines environmental justice as “an inter-generational, multi-racial and international movement that promotes environmental, economic and social justice by recognizing the direct link between economic, environmental and health issues and demanding a safe, clean community and workplace environment.”

Recognizing the disparities in our changing climate is the first step towards a more equitable future. Next, we must support legislatures and movements that actively fight to abolish the intentionally designed infrastructure that places our most vulnerable citizens in uninhabitable environments.

Environmental activism without environmental justice is the wrong solution. We must work together to ensure a brighter future for our planet, one that includes all of us.