‘Disrupting Settler Colonialism’: What does ‘LandBack’ mean to Native nations?

The importance of land to Native nations spans across generations, though continues to be undermined by the United States government 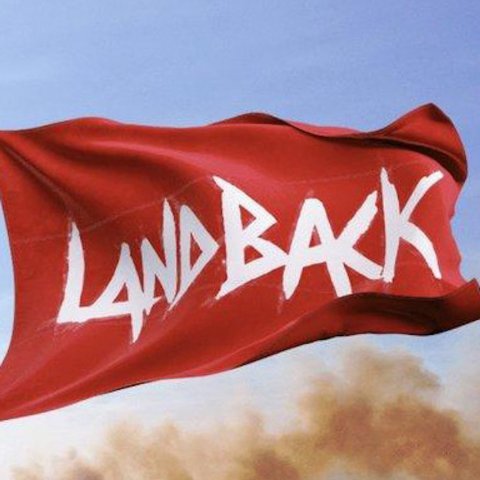 The University of Massachusetts hosted “Disrupting Settler Colonialism: #landback and Other Calls to Action” on Zoom Wednesday night, during which Native activists explored the relationship between the history of Native land, sovereignty and activism.

The Native land on which both Amherst and the University of Massachusetts stand was acknowledged before Deborah Keisch, the organizer and moderator and a professor of CESL, began. The University stands on Nonotuck land.

Keisch noted that, “It is important to recognize the violent foundations on which the U.S. was built and is maintained — via the intersection of white supremacy, settler colonialism and capitalism — which harms not only Indigenous people, but everyone.” Introducing the panelists, she centered the conversation on the importance of Native land to Indigenous communities.

“The connection of land is so critical that it can’t be taken apart from our culture and our health,” said Chas Jewett, Mnicoujou Lakota, a Native activist and organizer who began her activism in western South Dakota in 2002.

MJ RedShirt, an activist and citizen of the Oglala Lakota Nation from the Pine Ridge Indian Reservation, followed Jewett in acknowledging the spiritual importance of land for the Lakota Nation, pointing to the relationship of land to capitalism.

“Land is very important and unfortunately under capitalism and settler colonialism, our lands are not seen as ours and they’re not seen as sacred and that needs to change,” said Kisha James, an enrolled member of the Wampanoag Tribe of Gay Head Aquinnah and Oglala Lakota.

James’ personal connection to her land plays a role in how she sees this importance, as her ancestors have lived on Noepe, commonly known as Martha’s Vineyard, for over 10,000 years.

She believes that the desecration of one of her ancestors’ most sacred sites — the Red Cliffs of Gay Head, home to the clay with which her ancestors were created — has been caused by capitalism. That clay was taken off her nation’s cliffs and sold to spas, as producers realized it had properties beneficial for spas and face masks.

“That’s the clay we were formed out of, so it was really deeply upsetting and a desecration of the sacred,” she said.

The desecration of land is not the only way that Native peoples continue to see their land be kept from their control. Jewett pointed to the historic intricacies of land ownership created by the United States government in the Homestead Acts, when plots of land (often Native) were allotted to Americans in the 1960s for dwelling. Even today, Jewett said, “I own land and I can’t go to a bank and mortgage it because it’s in trust and that trust is in the federal government.”

“They decide if I can build on my land, they won’t take it as collateral for me to buy a house… I can’t use that money, that land, to do anything. So essentially, we are still prisoners on our land in this country,” she said.

Tribal sovereignty, which involves gaining federal recognition by the United States, creates a complicated and imbalanced relationship between Native peoples and the U.S. government. “In theory, if you’re a federally-recognized tribe and you have a government-to-government relationship with the US government, you are therefore a ‘sovereign nation.’ But of course, in reality, we are not treated as sovereign nations and we’re not given control over our own lands,” James said.

“They’ve decided that we’re so incompetent as nations, that they’re somehow recognizing as sovereign, that they still have to hold our land in trust,” she said. “When we talk about LandBack, [and] we talk about tribal sovereignty, it’s important to talk about Native nations as nations.”

“The political aspect is very important. It’s not an abstract concept, it’s concrete and rests on sovereign nationhood.”

The process of Native people regaining control of Native land is complicated, and political action, representation and change is led by many organizations structured by manifestos. One in particular, the LandBack manifesto of the NDN Collective, aims to “Dismantle, Defund, Return, Consent,” of which all three panelists agreed did not go far enough with regard to the necessary alterations of the current oppressive system of government and land ownership. Accepting the reality of LandBack and defunding the existing system will take the cessation of capitalism,  RedShirt said.

While it is beneficial that this conversation is occurring, Jewett acknowledged, change will come from political action and activism, which lies in the hands of those who choose to accomplish that movement and for what reasons.

Pointing to performative activism, RedShirt asked, “How much [American] revolutionary theory, and ideas of revolution and political struggle, become merely decorous?” Tools like posts on social media and memorabilia, they said, are utilized “merely to signify to other people that we have good politics.”

“Politics and revolutionary struggle is not decorous and is not something you adorn yourself with in order to push out a certain image of yourself, it is something that liberates colonized people under the existing structures of oppression,” RedShirt said. This encompasses non-Native individuals as well as Native individuals who are sometimes used by the U.S. government or U.S. organizations as mouthpieces for Nations when they are not Indigenous leaders themselves.

Jewett mentioned generationally commodified Native people, who often are not wholly representative of their nations, as well as the “activist class” — a class of people who are monetizing activism in a way contrary to how those being oppressed would.

Before any activism is taken, however, healing must occur. “The trauma of colonization,” according to Jewett, has impacted every identity, and communities of oppressors must acknowledge their own oppression and genocide.

Criticism and action, said RedShirt, are the only ways to begin to heal supremacist community structures.

The event was sponsored by the UMass Office of Civic Engagement and Service Learning and Five College Community-Based Learning.