For the first time all season, UMass sweeps the entire weekend

The Minutewomen go undefeated on Sunday, ending the day on a 5-4 win 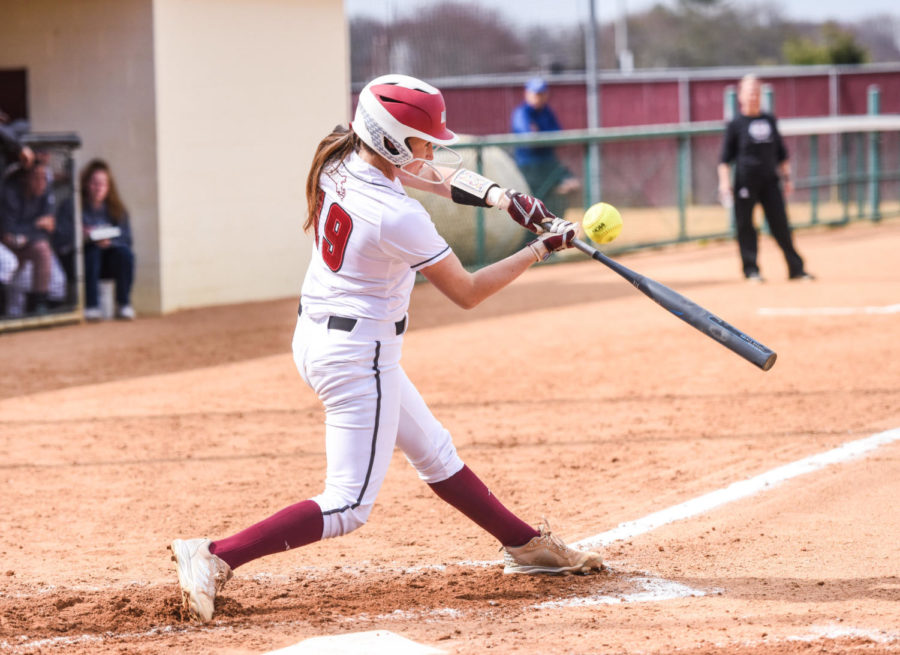 It was quiet for most of the game, but the pressure was loud. As the early evening neared and the final game of a four-game series faded away, a lot was riding on the result of game two.

Despite a pitcher’s duel and an early lead for La Salle, the Massachusetts women’s softball team prevailed, fighting back to win 5-4, ending the weekend 4-0 for the first time all season.

Prior to the doubleheaders on Saturday and Sunday, the Explorers had yet to win a game, and UMass (11-10, 8-6 Atlantic 10) did not allow them to their first this weekend.

“Refuse to lose, that has been our little motto the last few games,” head coach Kristi Stefanoni said.

And while no team ever wants to let another think they can hang, Stefanoni never sees records as a sign of weakness. The Minutewomen took care of business respectfully, so not allowing themselves to be La Salle’s (0-19, 0-12 A-10) first win was just an added bonus.

After a dry spell for both teams until the fifth, it was the Explorers who jumped out to go up 4-1, after freshman Tessa Dodson doubled a two-run hit to left field.

Determined to not end the weekend on a sour note, UMass traded in its bats for brooms to sweep the weekend thanks to two strong innings.

Freshman Payge Suggs stepped up to single through the left side which set up Amy Smith to eventually send Bella Pantoja home. A fly ball from Jules Shields had it all tied up 4-4.

A leadoff triple in the sixth from powerhouse Caroline Videtto set the tone that UMass was going out strong, only for Bunker to back her up on that belief. Bunker singled to send Videtto home, with a big 5-4 win despite a rocky start to game four of the weekend.

“If anything, it shows the resiliency we have and how tough we can be,” Stefanoni said of the magnitude of the game four win. “They’re not going to give up and that to me as a coach just keeps my mindset more positive.”

From day one, after the 0-18 loss to start the season, Stefanoni knew her team just needed to get used to playing with each other and get more games under their belt. While wins like the four she saw this weekend were satisfying, it was rather the belief that her team just needed to dust off some dirt to find the pearl that could lead to incredible play once they had experience.

The Minutewomen start the day with some success

Kendra Allen went into the latter half of Saturday’s play after winning the game for her team on a two-RBI walk-off triple. Momentum carried and sent the Minutewomen to bed with a recent shutout victory in just five innings.

On Sunday morning, breakfast was served as the Minutewomen topped La Salle, 7-1.

Yet again, a Caroline Deem showing helped put UMass on top after three hits in the game total, showing no fear against an eager Explorers team who was hungry for a win.

With bases loaded in the second, the Minutewomen ended the inning scoreless, but in the following inning, it was a night-and-day difference that gave them the lead.

The third inning was when Deem shined, making the lead 3-0 after she singled to center field allowing Shields to score. After a double play that worked in UMass’ favor, Bunker took second that forced a throw that allowed Videtto to make it a 5-0 lead.

After leaving a lot out there just an inning before, UMass rallied even with two outs, going four hits on four runs in the third, leaving nothing behind this time.

Kaylee Given’s homerun for the Explorers humbled the Minutewomen but veteran senior Bunker quickly put a stop to potential success. With a diving catch to end the fourth, Bunker set her teammates up for another chance to push the lead.

Deem, Videtto, Patonja and Kristina Day combined for four hits in the fourth, scoring two runs to give UMass the 7-1 lead. Even with three Minutewomen left on base, it was enough to secure the 7-1 win in game one.

UMass looks to build on this momentum as they head into Wednesday’s doubleheader against Stony Brook.

But between now and then, in addition to classwork, homework was given to the Minutewomen by professor Stefanoni.