Students forced to pack labs into next fall's schedule 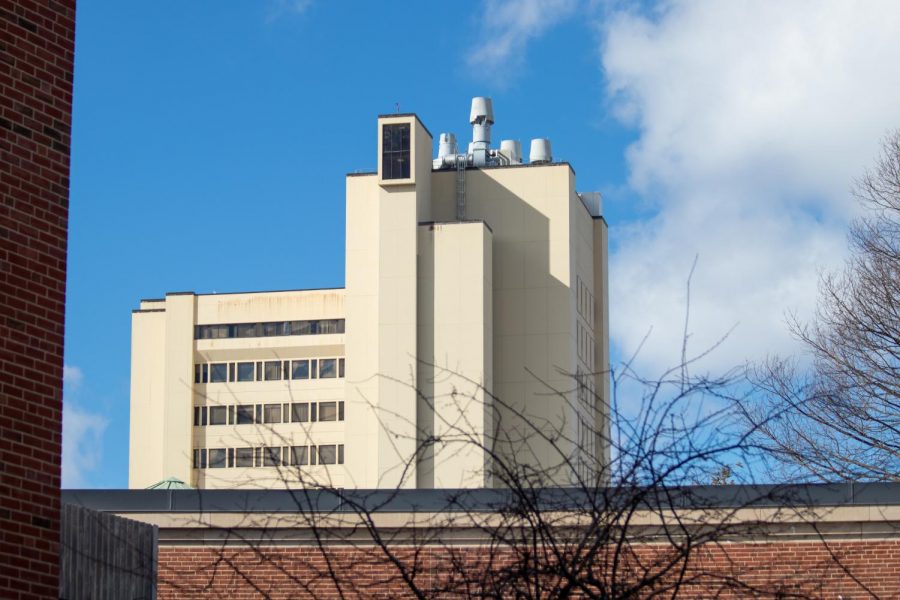 Some students in STEM majors are uncertain about their placement within required labs for the fall semester, despite the University of Massachusetts’ announcement of an informal plan which would bring students back for in-person classes.

While most labs were conducted remotely, some were not offered. This included graduation requirements for College of Natural Sciences majors.

Ethan Alpert, a rising junior majoring in biology said, “my plan was, I was going to take organic chemistry and take one of the classes with labs, and that obviously did not end up happening because they weren’t offering the organic chemistry lab online.”

Alpert did not want to be on campus and pay for housing just to take a single lab. This decision made by him and other students increased the difficulty they endure to reserve a spot within a lab.

“What this is doing is it’s kind of pushing a lot of labs and taking [them] later on,” Alpert said. “So, for example, my original schedule for next semester, I had to completely change it because I was going to have four labs, and one of them was a four-hour lab. I noticed other students, like me, that skipped labs for this semester. They’re going to have a lot towards the end.”

Most students aim to pursue additional research options while they balance their workload for a semester. However, this accumulation of labs within a single semester makes it impossible for students like Alpert to engage in them.

“I’m going to have so many labs in one semester which is stressing me out,” he said. “I’m just dying to get back because I just want to get my labs over and get done with.”

Gabrielle Ho, a sophomore chemistry major said, “a lot of my friends and I, who are chemistry majors, have been trying to find labs. I mean, it’s always kind of hard because it’s a new experience.”

STEM students, especially those who are in the College of Natural Sciences, rely heavily on a structured plan for their upcoming semesters which helps them identify research groups that they can be a part of to fulfill their graduation requirements.

“As a sophomore, we’re really encouraged to start looking for lab group for the spring of the sophomore year, or fall of junior year, just so we can get one because we have a research requirement by the time we graduate,” Ho said.

STEM students like Ho missed out on the lab application of the course and instead had to focus primarily on the theoretical aspects of the content.

“This does not seem ideal as a science major,” she said. “But it’s better than nothing.”

Ho had completed her lab safety training in her freshman year in the spring of 2020, and was ready to work, but the experience was cut short due to the pandemic.

“I was in a research lab with two other undergraduate students,” she said, “I don’t actually know what happened after COVID. I don’t know if they actually finished working on that.”

A similar problem exists for the STEM majors who are not in the College of Natural Sciences. Yanbin Wu, a rising junior majoring in computer engineering, said he and his peers are facing confusion during this year.

“I have one class this semester, Electrical Engineering 231, that has lab components,” Wu said. “It is difficult to conduct this course because of two primary reasons.”

The first reason, he said, is that UMass needs to send the lab kit to wherever students are living.

“I am lucky this semester because I am in Amherst and it is delivered on time,” Wu said. “But my friends who are in China and Russia, it takes weeks or a month to deliver it, some of my friends have missing components. You can’t ask for redelivery since it’s so far away.”

This has left them discouraged and prompted a delay in enrollment for labs, further adding to the accumulation of courses for the upcoming semesters.

The second reason, Wu said, is that it is difficult to conduct an explanation of a circuit online.

While the students do realize that the administration is putting in a lot of effort, they said they are hopeful the vaccination and testing program on campus can help the school. They added that they hope that the administration can find a solution for their current struggle and help them secure a spot and additional research opportunities in person.

Karan Chaundhary can be reached at [email protected]