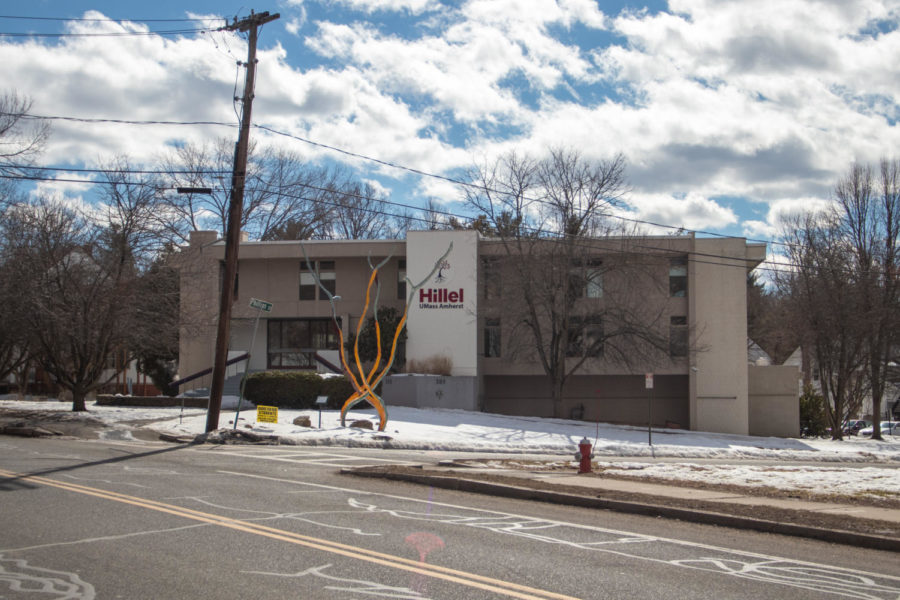 One year after the horrible vandalism at the University of Massachusetts Hillel, we are writing to reflect on and assess the atmosphere from which it emerged and the lack of accountability that it yielded. This is a direct call to action; the rising tides of hate on college campuses and in society must be addressed.

On the morning of Holocaust Remembrance Day 2020 the Jewish community was horrified to see that they were the victim of an egregious act of hate. The word “Palestine ” was spray painted on the main the house of worship and Jewish living on campus.

This boldfaced conflation of political views and religious expression cannot be ignored; the Jewish community was targeted in the name of geopolitics.

It goes without saying that this action was not performed in a vacuum. Throughout history the othering of minority groups has been exacerbated in times of unrest and socioeconomic instability. We must identify this rise in hatred in order to confront it. Furthermore, this was not the first incidence of antisemitism, in fact it was the second such occurrence that year. It is true that this hatred has been mounting for quite some time under the guides of a political statement. There is a growing movement of aggressive libel towards the Jewish community, as well as attempts to alienate the Jewish and Israeli communities by denying the validity of their voices and opinions.

One year since the vandalism at Hillel, the Jewish community at UMass still feels afraid of rising antisemitism. While we greatly appreciate the University administration speaking out against this hatred, we need tangible actions to help Jewish students feel safe.

Universities are becoming more sensitive to prejudice and marginalization. People are beginning to look inward and examine what their internalized biases are, and what they can do to begin to fix systemic oppression. What we ask is that the same work be done for the Jewish community. In order to be an ally to the Jewish community, people have to learn what antisemitism is, not just at the explicit level, but at the implicit, internalized level. Antisemitism consists of thousands of years of hatred that simply cannot be combated by learning a Holocaust unit in high school.

The International Holocaust Remembrance Alliance has created a comprehensive definition of antisemitism that provides a framework for people to begin to confront their internalized biases. Though this definition is not legally binding and does not curb individuals’ freedom of speech, it could be a physical representation of the administration’s commitment to supporting the Jewish community and combat hatred. Universities across the United States are adopting IHRA’s definition to fight antisemitism. UMass should follow their lead.