Letter: UMass should not adopt the IHRA definition of antisemitism

This definition conflates antisemitism with anti-Zionism 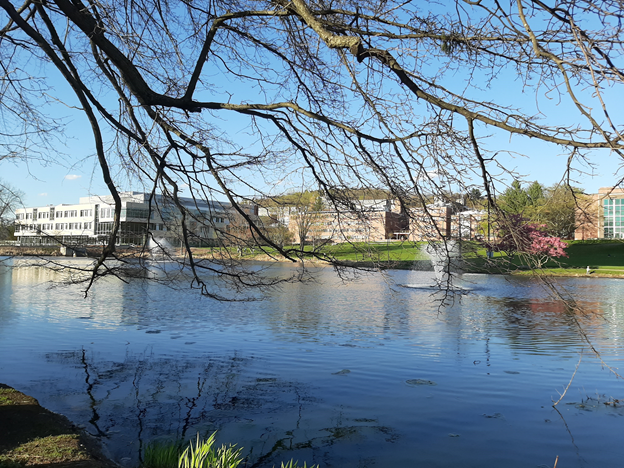 On April 21st, the Collegian published a letter on the vandalism that took place at Hillel a year ago. The authors of this letter rightfully condemn “the conflation of political views and religious expression” as Jewish students hold a wide range of personal convictions.

However, their proposal for the University to adopt the International Holocaust Remembrance Alliance (IHRA) definition of antisemitism is shortsighted at best and a direct attack on Palestine solidarity activists on campus at worst.

In its original form, the IHRA definition was conceived by the European Monitoring Centre on Racism and Xenophobia in 2005 to assist European monitoring agencies in collecting data on antisemitism. Since its inception, the definition was intended to be a “working definition”. At only 38 words, the intentionally vague definition was meant to provide a broad interpretation of antisemitism and was never meant to be codified policy.

Even so, in 2016, the inter-governmental IHRA adopted this original working definition and have since encouraged other institutions to do the same.

Yet, despite the good intentions of those seeking to adjudicate cases of antisemitism, the IHRA definition has increasingly been used by Pro-Israel groups to advance their own agendas in the name of fighting antisemitism. The definition includes examples which conflate critiques of the State of Israel and anti-Zionism with antisemitism, a move that could suppress Palestinian liberation activism. For example, StandWithUs cited the definition in a 2019 case which sought to ban the Fordham chapter of Students for Justice in Palestine (SJP). Among other examples, it is clear that this definition is actively being used to stifle free speech in an effort to silence Palestine solidarity activists. Kenneth Stern, one of the leading authors of the 2005 working definition has repeatedly spoken out against this adoption of the IHRA definition because of the way it has been weaponized against pro-Palestine speech.

Earlier this month, the CUNY Student Senate rejected adopting the IHRA definition after the intrusion of Pro-Israel organizations resulted in a harassment campaign against a local leader of SJP as well as the questioning of the “Jewishness” of Jewish students who opposed the resolution.

By arguing for the IHRA’s definition of antisemitism on campus, Benjamin Alvarez Dobrusin and Noam Borensztajn, unintentionally put student activists at risk, as well as introduce the same “geopolitics” onto campus that they themselves claim to object to.

Further, their letter rightly points out that antisemitism “simply cannot be combatted by learning a Holocaust unit in high school.” The defeat of antisemitism is a struggle for sure, but one that should work alongside other movements for justice, not against them. As one recent study concluded, the “epicenter of antisemitic attitudes is young adults on the far right.” Thus, it is increasingly important to recognize the relationship between antisemitism, white supremacy, misogyny, homophobia, transphobia and other hatreds, to strategize antisemitism’s end. UMass students must fight to ensure that our university’s policies and investments align with our values of social justice and equity. This can be done through joining cultural groups fighting for safe spaces and representation on campus, joining advocacy groups including UMass SJP, fighting to keep administrators accountable, divesting from UMPD and investing in supports for all students. There must be an emphasis on learning about how these issues intersect and what we can do to fight against them through trainings, lectures and meetings.

Of course, within the UMass Jewish community as well, there is a reasonable discussion to be held on Hillel’s role in “the conflation of political views and religious expression”. The endorsement of the IHRA definition by Hillel chapters only perpetuates this conflation. Not to mention Hillel’s relationships and affiliations with other organizations that suppress Palestine solidarity activists, and leave some UMass Jews, including ourselves, feeling excluded from and uncomfortable in Hillel spaces while identifying as non- or anti-Zionist. Considering this, Hillel’s commitment towards creating an inclusive and social justice oriented Jewish community can certainly fall into question.

The late Vice President of the World Jewish Congress and former director of UMass Amherst Hillel Rabbi Arthur Hertzberg was steadfast in his belief that building a resilient Jewish community meant questioning the intentions of his Jewish and non-Jewish peers as well as actively supporting equality for all. At UMass, we have seen the need for our students and university to actively combat white supremacy. This calls for policy changes, divestment from policing, investment in student supports and strong activism—not the targeting of student organizers. We hope the struggle against antisemitism on campus will always be one of social justice, not one of suppressing free speech.