Satire: Not everyone can sing, UMass 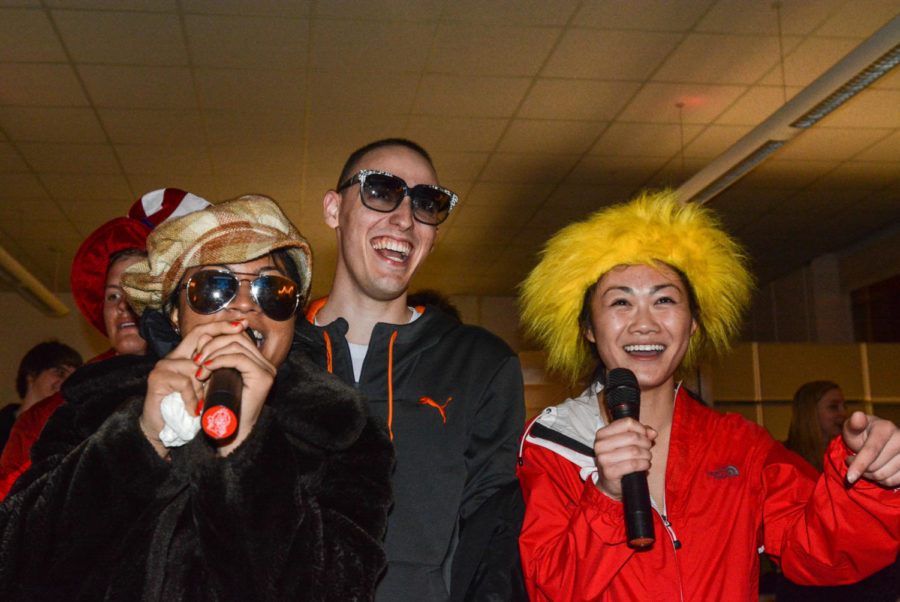 The UMass Administration recently changed its methods for holding students who violated COVID restrictions accountable, a move that shocked and horrified students all across campus. Forcing violators to perform a list of 10 songs handpicked by Chancellor Subbaswamy at the newly reinstated Worcester karaoke night borders on unethical, and the lack of transparency over the move raises even more questions. Even talking with UMass Administrator Adam McInistrator about the reasoning behind this senseless decision did not quell my concerns.

“The really fancy punishments like suspension, maybe even expulsion, we had slated for violators just wasn’t working for whatever reason,” McInistrator said, confusion visible on his face, “still confused about that in all honesty.”

“That’s when we looked at our highly successful guidelines for students who failed to take their routine COVID tests. Banning them from using Moodle and Blackboard was so effective because it had that component of peer pressure. You’re off Moodle and now your professor is mad, your friends know, and your parents are threatening to make you go back home. It had that magic, the magic of public shaming”

Public shaming, while historically a very effective tool, has no place here. Has the administration even considered the possibility that some people simply cannot sing? Maybe these people have lived their entire lives with this shame, only being able to sing along to their favorite songs in the shower where their terrible tone-deafness cannot make any nearby children burst into tears. Sometimes, even the shower is not loud enough to mask their cacophony and their family has to intervene. Perhaps this occurs more often than they would like to admit.

Now imagine putting one of these people up on the unforgiving stage of Worcester, their complete dearth of tonal ability a scarlet letter shining invisible on their chests. No amount of PPE can protect them from the dizzying lights, the sanitized microphone, and the blank, judgmental stares of all the hungry students.

Though, to their credit, UMass has been creative with their instatement of restrictive measures. I spoke with McInistrator once more about the efforts. “Listen, you didn’t want the athletes running because everyone knows doing the exercise thing gives you bigger lungs, which equals more corona,“ he explained, drawing out the equation “athlete + lungs = corona + more” on the miniature whiteboard he had whipped out seconds earlier. “So it’s got to be the same with singers, right?” At this point, Adam began staring at me, as if waiting for some confirmation.

“Listen, are you listening?” I was listening. “We’re not evil, we don’t want the kids to get COVID. The more kids that die of the virus, the less tuition money we get. We still want the public humiliation though, so we decided to put the kids in this plexiglass box while they sing.”

It was through that plexiglass that I spoke with Senior Brett Brettson about his experience with the new guidelines. Brett was caught violating COVID restrictions after he mistakenly texted videos of himself doing a keg stand to Chancellor Subbaswamy’s cellphone.

When I spoke to Brett, he was visibly emotional, having just completed a rousing rendition of Taylor Swift’s “You Belong with Me.” “It just made me so sad you know,” he said through tears, “that she wanted to be with him but she couldn’t. It reminds me of my girlfriend, I miss her.” Brett confided that she has been in quarantine after having caught COVID-19 two weeks ago, so opportunities to meet have been nonexistent. I asked him about the last time he was able to see her in person.

“I think it was at the party our frat, you know (lowercase) Upsilon Omega Upsilon, hosted? We had like 200 people there. It was lit.”

One of Brett’s fraternity brothers, who coincidentally was a bystander in the keg stand video, came by to visit Brett as a gesture of camaraderie, as Brett was the only one who faced disciplinary action for the incident. When I was leaving, the two were kind enough to invite me to their next party.

The whole situation weighed heavily on me though, and it made me realize that the plight of students like Brett cannot be ignored. How many more students must be forced to relive the devastating, regrettable decisions they made a whole couple of days ago? Forcing students to sing about love and heartbreak to a crowd of unamused college students is excessive retribution for simply spreading a highly contagious and possibly fatal virus. We cannot and should not stand for such treatment.

As I passed by the (lowercase) Upsilon Omega Upsilon house on my way back, I was touched by the liveliness of the scene. Staring at the throngs of students climb in through the windows I was overwhelmed at the resilience our campus community carries. Even with the oppressive consequences the administration has instated against violations, the human spirit shines through as brightly as the υωυ letters emblazoned on the side of the fraternity. Try as UMass may, they cannot quell students with their draconian policies.

N.O. Melody can be reached at [email protected]