Anti-Asian racism needs to be addressed 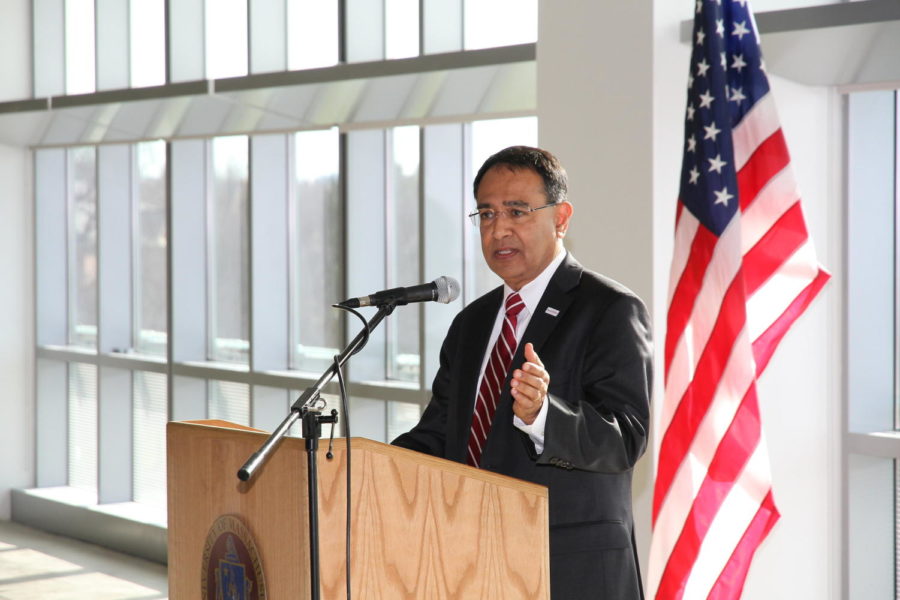 After the shooting in Atlanta earlier this month, University of Massachusetts Chancellor Kumble Subbaswamy swiftly delivered a useless response to the UMass community. In an email statement, he wrote, “What can’t be denied is that the shootings raise alarms about the growing wave of anti-Asian racism that has swept our country since the outbreak of the coronavirus pandemic.” This line left me reeling: “our country?” What about the racism that occurs on our campus?

In March 2020, when COVID-19 hit the United States, the University evacuated most of its on-campus student population. As a resident assistant, this left me in my residence hall with students who could not return home, many of them international students. A week after students were sent home, I passed a group of white residents in the hall making a racist remark: “F****** ch****. This is all their fault.” Though I witnessed many racist incidents in my time as an RA, that was the most flagrant by a landslide. It occurred to me then that racism is a side effect of COVID-19.

To learn more about the instances of anti-Asian racism on campus, I spoke with Brendan Qi, a freshman music education major, who fell victim to a similar racist incident in his first few weeks on campus. “I was walking away from the Fine Arts Center. It’s pretty typical that random people in cars pass by and shout random crap at UMass, but this person drove by and shouted, ‘it’s your f****** virus, f*** you.’…I’m disgusted that this person did this, and that this [type of] person exists and thought that this was a good idea, especially after the recent shooting in Atlanta.” This was particularly alarming to me, as the Atlanta shooting sparked discussion around anti-Asian racism. I had hoped the shooting would serve as a wakeup call for racist UMass community members, but this was clearly not the case.

Racism like this results in Asian students feeling unsafe on campus. Qi continued, “For a couple hours I was pretty freaked out and pretty scared, you know?… It makes the idea of individual, very racist people, or potentially crazy people…so much more real in my head. They can and will harm people or shout offensive things.” Qi shared with me that he even contemplated buying a gun to protect himself. The UMass campus is home to thousands of residential students; they deserve to feel safe here without carrying weapons.

Andrew Zhu, a sophomore math major, feels the impacts of racism in his social life at UMass. Zhu shared his difficulties making friends of other ethnicities and feeling excluded from white-dominated University spaces. “For one, no one will remember your name…I would be called Howard, Rohan, or people just wouldn’t acknowledge my name because they couldn’t remember who I am.” He continued, “What Southwest is, is you have these [cliques] and you also have people that are left to the wayside….The people who are excluded tend to come from a certain background.” Zhu feels excluded from the campus community because of his race, a phenomenon that is a consequence of implicit biases. Though this particular brand of racism is harder to detect, it’s just as impactful to students like Zhu.

What happened to “diversity, equity, and inclusion?”

“I realized that UMass is accepting the same kind of people that would make fun of me in high school,” said Zhu. Many schools ask diversity-related questions on their applications — such as “How will you contribute to our diverse population?” — but UMass does not. This sends the message that diversity is not important to the UMass community. According to Zhu, the lack of screening results in “an inflow of people with underlying and unrecognized biases.” After allowing diversity to go unaddressed during the admissions process, UMass then does nothing to combat implicit biases once students arrive on campus. It should be no surprise that racism festers within the UMass community.

UMass is doing nothing to address or combat anti-Asian racism on campus. Subbaswamy’s three paragraphs about how racism is bad were pathetic. I’m angry there is no discourse surrounding how the UMass community contributes to racist incidents such as the shooting in Atlanta.

As a white person, this experience isn’t mine to share. I’m frustrated that no one else will.

Julia Oktay can be reached at [email protected]