The U.S. sanctions on China are well-deserved 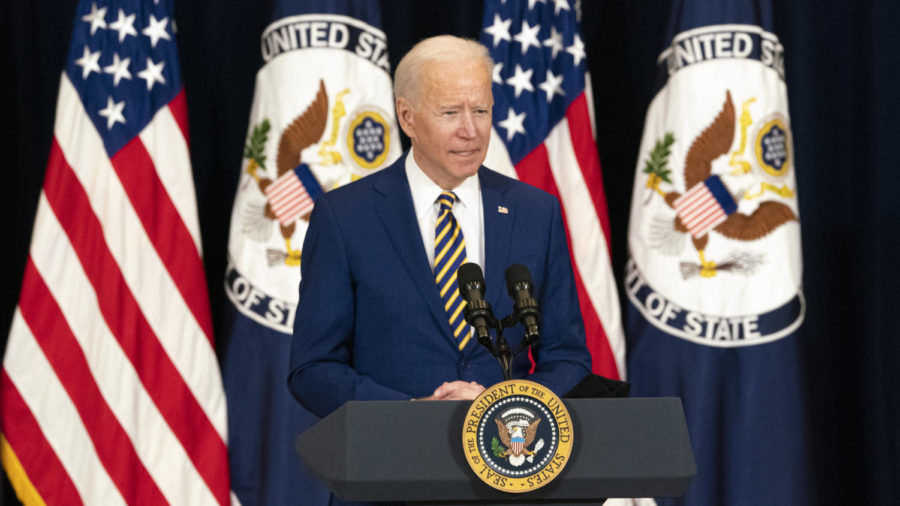 Last week, the United States did something rather extraordinary. It teamed up with the United Kingdom, Canada and the European Union to place sanctions on Chinese officials suspected of engaging in genocidal behavior towards the Uyghur Muslims that populate China’s northwest Xinjiang province. This came after a contentious meeting between American and Chinese diplomats in Alaska, where the two sides clashed over allegations of civil rights abuses and hypocrisy. President Biden should be applauded for his ratcheting up of pressure on Beijing. He should, however, not be complacent. The Chinese government is guilty of enormous sins and should be punished accordingly.

The Human Rights Watch details many of China’s atrocities in its 2020 world report. The full list of human rights and civil liberties abuses is too long for a single article, but one paragraph provides the gist of it: “At home, the Chinese Communist Party, worried that permitting political freedom would jeopardize its grasp on power, has constructed an Orwellian high-tech surveillance state and a sophisticated internet censorship system to monitor and suppress public criticism. Abroad, it uses its growing economic clout to silence critics and to carry out the most intense attack on the global system for enforcing human rights since that system began to emerge in the mid-20th century.” China’s advancements in artificial intelligence has allowed it to construct its “Orwellian” surveillance system—an omniscient network of security cameras equipped with facial recognition as well as phone-tracing capabilities—which, in theory, it could export to other illiberal nations around the world for a neat profit. Domestic surveillance systems suppress the Uyghur Muslim minority in the Xinjiang province. It is an open secret that China has detained more than a million Uyghurs in what has been described as “the largest internment of an ethnic-religious minority since the fall of the Third Reich.” Originally, Chinese officials denied the existence of internment camps for Uyghurs, then pivoted to calling them “re-education centers” for that population. It seems the Ministry of Truth is hard at work in Beijing.

Despite the overwhelming evidence of ethnic cleansing, including forced sterilization and rape of Uyghur women, destruction of mosques and prohibitions against the growth of long beards, China has the audacity to accuse the U.S. of civil rights abuses that dwarf theirs. In retaliation for the treatment American diplomats gave to the Chinese ones in Alaska, Chinese officials released a report detailing the apparent hypocrisy of the U.S. on civil rights. Those officials cite concerns about systemic racism, hate crimes against Asian-Americans and other racial minorities and a poor COVID-19 response. The latter is perhaps the most galling: Of course the U.S. had a subpar COVID response, but the Chinese government censored speech critical of their early response to the pandemic and consistently thwarts investigations into the origins of the virus itself. But the entire report is based on a false equivalence between the two governments. Even if you take the report issued by the Chinese government as completely true, with no exaggerations and complete confidence in their data, China’s civil rights abuses still vastly outweigh those of the U.S. Take, for instance, the U.S. State Department’s report from a year ago on China. This report “pinned a range of violations on the Chinese government, including arbitrary or unlawful killings, forced disappearances, torture, arbitrary detention, harsh and life-threatening prison and detention conditions, abuse of political prisoners, invasion of privacy, manipulation of justice, attacking members of civil society, censorship, disrupting peaceful assembly, restricting religious freedom and more.”

President Biden recognizes this, as evidenced by the sanctions placed on China. This recognition is appropriately becoming more universal, with much of the West uniting behind Washington to punish China. Former President Trump was at least partially responsible for this newfound distrust of China: U.S. public opinion on China has soured considerably since 2018. For this he deserves credit and thanks.

But Biden should not take his foot off the pedal. China shows no signs of discontinuing its genocide of the Uyghurs. Chinese President Xi Jinping continues to consolidate political power within China as well as outside of it, as the Chinese Belt and Road Initiative demonstrates. China is seeking to gain global dominance, offering a competing vision of global affairs that cares little for human rights or representative government. To try to stop this, Biden should put sanctions on other Chinese officials involved in the Uyghur genocide and consider barring U.S. businesses from operating within China. This could very well lead to decreased productivity — after all, China is one of the U.S.’s biggest trade partners — but it may be worth it. It’s hard to countenance letting businesses deal with a genocidal regime. If Biden is serious about bringing China to justice, he must do more than these sanctions.