To help secure a green future, Biden should institute a carbon tax 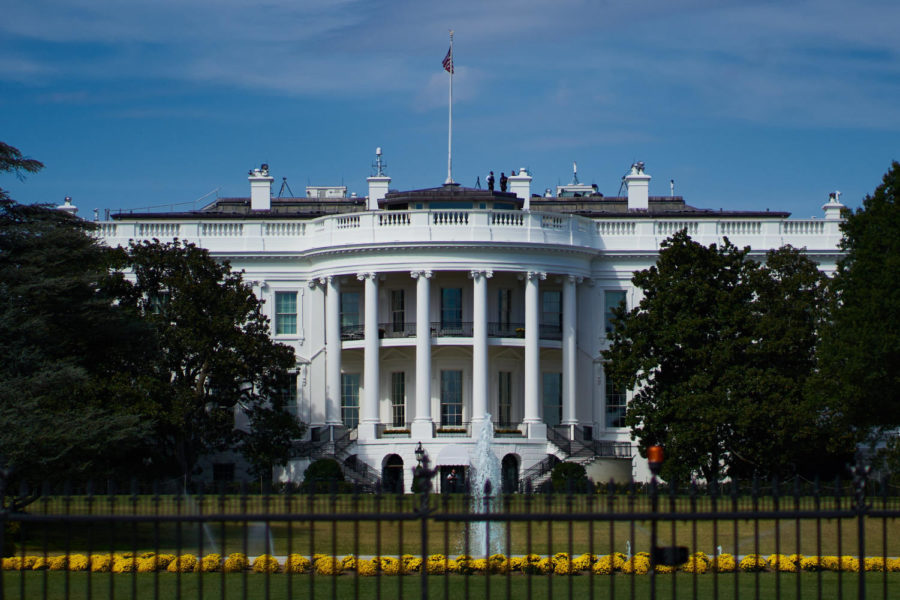 Recently, President Biden introduced his second major piece of legislation: the American Jobs Plan. The $2 trillion infrastructure plan is a bold proposal. It aims to revitalize the country’s transportation infrastructure, including highways, bridges and railways; renew our electrical grid; ensure clean drinking water in underserved communities; provide high-speed broadband to the entire country and much more. In order to pay for the bill, Biden is proposing raising the corporate tax rate from 21 percent to 28 percent, along with stronger restrictions against offshore drilling and more enforcement on corporations in general.

As Senate Minority Leader Mitch McConnell said, the bill is “bold and audacious.” The Biden Administration has said they want to work with Republicans on the bill, but if they must, they will pass the bill without bipartisan support. It seems destined to go that way from the start, with Republicans, led by McConnell, degrading the bill as a tax hike that will increase the national debt (even though Republicans backed Trump’s 2017 tax cuts that ultimately increased the national debt). With the two parties on a collision course over the bill that will likely stretch for months, an idea floats around that could potentially kill two birds with one stone: a carbon tax.

A carbon tax is one of the simplest ways to raise money for a more resilient environment while also levying consequences on corporations who destroy the environment. The tax would give corporations who use carbon-intensive fuel, like coal, a monetary incentive to move away from that practice and switch to more climate-friendly practices. It would be most effective as an “upstream” tax; meaning, the point of taxation is when the fuels are extracted from the Earth by corporations. This avoids taxing “downstream” — households or vehicles — which can disproportionately affect low-income households due to their higher energy usage. We know the tax can raise substantial revenue; a Congressional report estimated that a carbon tax from 2017 starting at $25 per ton and rising in step with inflation would have raised $1 trillion over a decade.

Biden clearly recognizes the need for climate action. He made it a central priority of his election campaign and campaigned heavily on the need to curb carbon emissions. He made it clear that climate would have a voice in his administration by appointing John Kerry as his climate tsar. Further, based on his infrastructure plan, he seems to see the need for a climate resilient future. He proposes billions of dollars for the electric vehicle market and to update the country’s electrical grid to make it more resilient to climate change. It makes perfect sense for Biden to not levy a carbon tax by itself, but in conjunction with using the revenue to fund his ambitious climate objectives laid out in the American Jobs Plan.

Unfortunately, over recent years, the idea of a carbon tax has lost steam on both sides of the aisle. Republicans have little interest in a carbon tax, instead proposing policies that will marginally help the climate, but not be nearly enough for the damage that is projected to be done. Some Democrats have criticized a carbon tax as doing too little for climate change and affecting low-income communities disproportionately. While it will be difficult to garner Republican support for a carbon tax, it may not be needed in a 50-50 Senate if Majority Leader Schumer were to pass the proposal using budget reconciliation.

It needs to be made clear to leftist Democrats that a carbon tax would not be the only solution, but a corroborating one that funds the many climate-friendly policies in Biden’s infrastructure bill. As I mentioned earlier, a carbon tax would kill two birds with one stone for Biden: it is one of the simplest yet most effective ways to reduce carbon emissions, while at the same time raising funds to power even more ambitious climate initiatives in his infrastructure plan. A carbon tax has been discussed for years; the time for one is now.

Luke Halpern can be reached at [email protected]