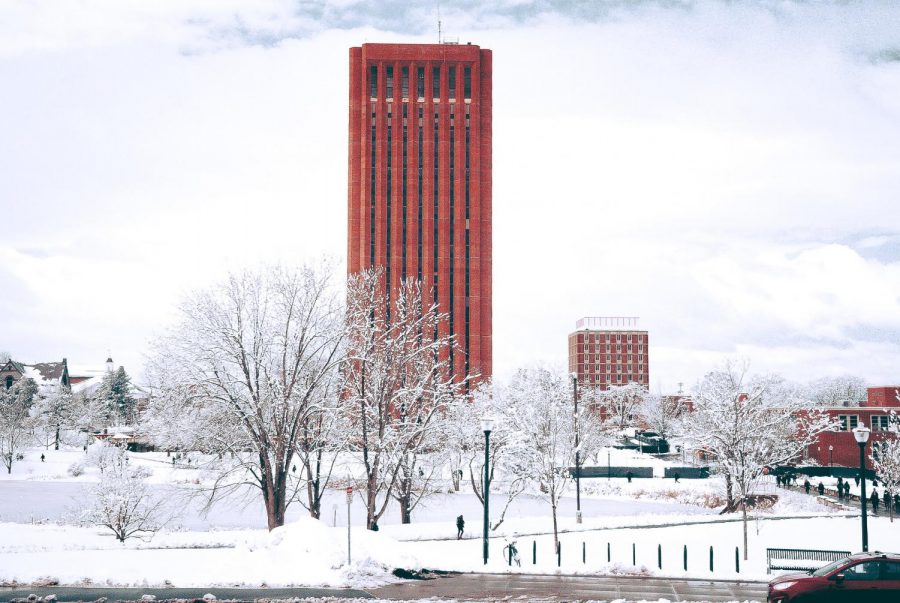 As journalists we begin our careers with different goals, some of us reporting on presidential debates, others on the frontlines of a skirmish with a reporter’s vest and taking photos of it all. What no one signs up for, however, is looking at these events from a press box, reporting on subjective coverage from an objective lens. The fundamental problem with the current state of journalism is the notion that all journalism is objective.

Beginning in the 1940s and 50s journalists served more as stenographers for politicians than they did purveyors of the truth. Between Upton Sinclair’s “The Jungle” and Bob Woodward and Carl Bernstein’s Watergate coverage, the 20th century proved Americans could trust journalists.

This sentiment still mostly stands true, which is why good journalism is an integral aspect of any democratic nation. As more diverse groups of people begin taking positions of power in large corporations, politics and educational institutions we’re beginning to see a shift in how this objective narrative is framed. What was objective 10 years ago is subjective today. Over time we will continue to scrutinize and convey these “objective issues” more ethically and fairly.

What makes the label of objectivity so comical is that it’s near impossible to be objective about your coverage. There are few issues journalists report on that can be classified as objective, for instance, the weather is objective and the early details of an armed robbery. What’s not objective is how this weather will affect the readers’ moods and whether the armed robbers had bad childhoods, or the system failed them.

While readers expect their favorite publications to be truthful and state the facts, there needs to be policy changes within these publications acknowledging that there are some issues where objectivity goes out the window. When we discuss the morality of abortion, LGBTQ+ rights and race relations in the United States, there is no way to report just the facts because “the facts” are someone’s quality of life and integrity.

After Republican Senator Tom Cotton wrote his opinion piece for the New York Times arguing the government should deploy the military to handle protestors, he had the privilege of returning to his life as usual. He didn’t need to wash his eyes out with milk or worry that breaking the speed limit is a death wish – but some of his readers may have.

While there was nothing objective about Senator Cotton’s piece – after all, it was an opinion piece – there was a subset of people who felt their voice was finally being heard and took these opinions as fact. That’s the danger in claiming objectivity; you can’t be objective about human rights.

And so, I propose a change in news organization’s policies.

Publications should be objective on reporting that requires objectivity: weather reports, breaking news, car accidents and national holidays. Publications need to admit that there are some issues they simply cannot be ‘objective’ about because objectivity implies complacency to real issues.

If journalists are here to serve the public and report on the truth and only the truth, then where do personal truths fall on this spectrum?

Some of the most well-known publications have operated under the dogmas that they will report on what they see as important for their readers to know, placing relevancy and objectivity over ramifications and collateral damage. This needs to change and it needs to change now before another human rights issue faces the wrath of the public sphere. Publications cannot dismiss this issue’s significance out of fear of being labeled as biased.

The key to great journalism is that we’re all human, we’re going to be biased and that’s perfectly fine. We must admit that these biases exist and understand that they need to exist for journalists to do their jobs morally and ethically right by their readers.