UMass Athletics continues to adapt after facing a pandemic

The department was forced to be malleable in 2020-21 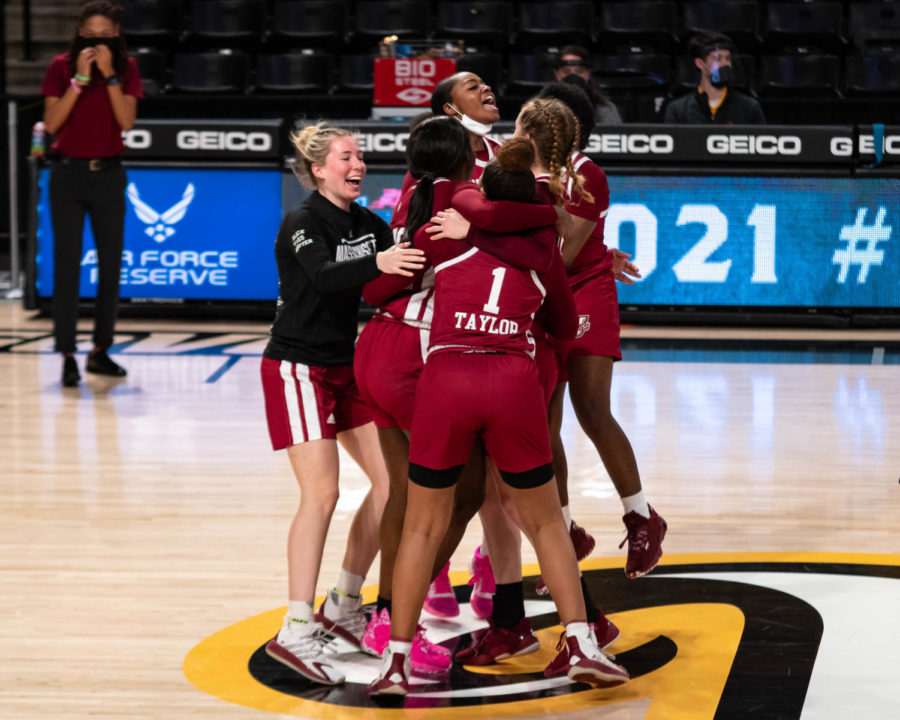 “I think anyone who’s successful in college athletics, you go into it knowing you’re going to be doing stuff that’s not in your job description.”

Ryan Boudway is candid in his response when asked about how his job had changed in the past year plus. By working in the world of college sports, Boudway, the University of Massachusetts’ assistant director of athletics for development, had been subconsciously preparing for the unforeseen wrench that the COVID-19 pandemic would throw his way.

When UMass hockey’s Hockey East quarterfinal against Northeastern was cancelled in March of 2020, no one at the athletic department could have anticipated exactly how things would play out over the coming months, but one thing was clear.

“We knew that things were going to look and feel a hell of a lot different,” Alan Pandiani, associate athletic director of external operations, said.

At a time of year when UMass expected to have its full slate of spring sports playing, the fields were left empty. This made for a tricky adjustment for the athletic department’s facilities staff.

Most of UMass Athletics staff was in the same boat as the rest of the country—stuck at home. Instead of being stuck at home during those early months, the facilities and operations staff for UMass was hard at work, just in a different fashion than they were used to.

The pandemic caught Anthony Rosati, UMass’ assistant athletic director in charge of facilities, just as off guard as anybody else, but he didn’t have much time to process.

So when the world shut down in mid-March of 2020, Rosati and his team had to pivot. Rather than making sure that the weight rooms, locker rooms and fields were ready for gamedays and practices, he and his staff had to make sure that everything was maintained while everybody else was away.

Had the facilities staff stepped away from its work over the early weeks or months of the pandemic, the fields alone would have required fixing thousands of dollars’ worth of damage just to get them back to a playable condition when sports returned.

That’s not even to mention the checks Rosati had to do on the rest of the athletics facilities he manages. Without teams and coaches regularly occupying locker rooms and other team spaces, the building would be left empty with no one to alert Rosati’s team that something was wrong. So, it was left to Rosati to do walkthroughs of all the buildings, making sure that there were no leaks, broken ceiling tiles or anything else that left unchecked could’ve caused quite a headache when athletes returned.

Football became the first sport to return to competition for UMass in the fall, playing an abbreviated four-game schedule made up entirely of road games. Despite the fact that the whole season was played away from Amherst, it didn’t mean that Rosati and his team didn’t have to ramp up their work.

The football team needed space to practice and work out and Rosati was tasked with making sure all those resources were ready when the season came around. Several other UMass teams also returned to campus in the fall, taking part in fall practices.

The facilities staff went from working just a few days a week, doing just enough work to make sure the infrastructure wasn’t falling apart at the seams, to a full-scale operation making sure fields and locker rooms were ready for UMass’ student-athletes.

On top of the difficulty of flipping the switch from their spring and early summer schedule, to what they would need to do in the fall and winter, was the added obstacle of making sure that all the protocols for all the Athletics buildings were ready for teams. And all this planning fell on Rosati’s plate.

Creating social distancing measures, limiting who was allowed in buildings and standardizing sanitizing practices all had to be done before student-athletes returned. That was before Rosati and his team even began to tackle the gameday experience.

On Nov. 20, 2020, the Mullins Center hosted its first UMass sporting event since the pandemic began. With no fans in the stands the Minutemen faithful were reliant upon the NESN+ broadcast of the game to experience the sights and sounds of UMass hockey hosting UConn.

Manning two of the cameras were Boudway and Pandiani.

“[I] was a econ major undergrad and an international finance MBA, and never touched a broadcast camera before,” Pandiani said. “I’m just doing whatever I can to help make sure that the teams are getting covered in the way that they deserve to.”

“I never thought I’d be working on a camera for NESN in my life,” Boudway said.

The two were working the camera anyways. With restrictions in place to keep athletes and staff safe, only those who were getting regularly tested as part of the COVID testing protocol were allowed in the building. That left a much smaller pool of people to choose from.

Boudway didn’t stop at operating the camera to bring fans a first-class experience though.

“We have had donors who can’t figure out how to get the get their phone to stream [the game] to their TV,” Boudway said. “And literally while I’m working the game, in between a timeout or someone texting them, showing them screenshots of how to you know, like airplay your iPhone to your Apple TV.”

Throughout the winter and early spring, UMass Athletics staff like Boudway and Pandiani worked to keep fans connected. While they might’ve gotten to attend games when no one else could, that didn’t mean they weren’t working to make sure those fans that couldn’t be there were still getting access to the program.

That meant virtual season tickets which not only gave ticket holders a subscription to streams of UMass’ sports, but also special Zoom events and videos from coaches and student-athletes.

Once winter turned to spring, Rosati and his team got to work on planning for the return of fans to games. Before Massachusetts even lifted its restrictions on in-person attendance, Rosati had a plan in place to safely bring people back to the stands.

That meant that only friends and family of athletes were initially allowed when the state’s guidelines were relaxed. Then, in early April, a limited number of fans of all kinds were allowed back to games.

“If I’d wanted to follow my MBA coursework and work in finance, or something like that,” Pandiani said, “my outputs would be people’s portfolio values and a bunch of zeros and ones behind a computer screen. My output in this role is a full stadium or a new building being opened up because of a donation we were able to secure.

“That’s why I do this. And under normal circumstances, one of the biggest benefits I got out of work in college sports is you can be having a really tough day or just got out of a meeting or something you were trying to do got shot down. But you can walk through [the] Mullins Center and walk through a women’s or men’s basketball practice, and just seeing them out there competing and everything, it really lifts you and it gives you a renewed sense of purpose and drive on dark days.”

Those “normal circumstances” are close to returning. The offices in the Mullins Center are still being used by the contact tracing teams and the concourse is still the site of the University’s testing, but games have fans at them again and teams are holding practices again.

Things aren’t back to normal quite yet. Reaching the level of vaccinations to get there is still a few months away, but at the very least UMass Athletics has shown its resiliency to weather the storm. Heck, they won a national championship in the midst of this pandemic.

Heading into next fall, the department can at least lean back on the fact that it has shown its ability to adapt, and even made people appreciate the work of their co-workers.

No matter what happens next year, UMass Athletics appears ready. After all, as Boudway said, “You’re always going to do jobs that aren’t on your job description, it’s just more amplified now.”