UMass men’s lacrosse battles, but falls short, 12-11, on the road against Drexel

Minutemen lose a close, back-and-forth game against the Dragons to split the season series 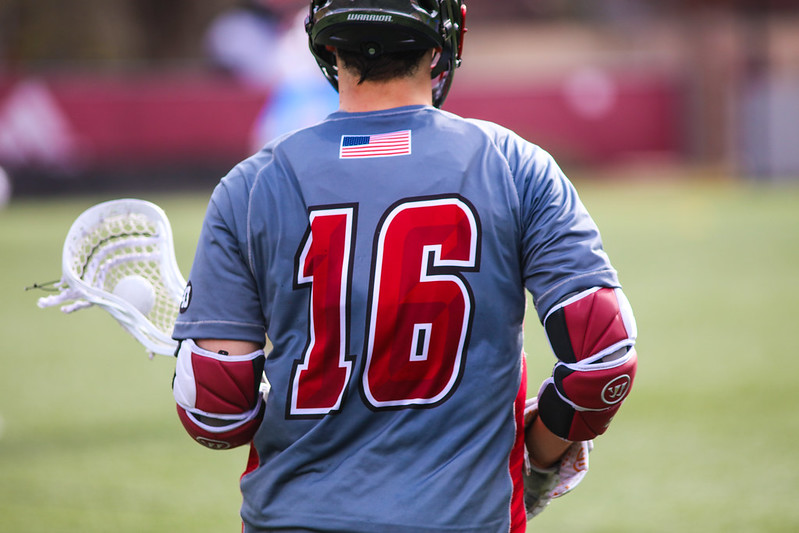 The Massachusetts men’s lacrosse team met the Drexel Dragons for the second time this season on Saturday, but unlike the previous encounter between these two teams, Drexel came out the victors, winning 12-11.

The 19th-ranked Minutemen (3-2, 3-1 Colonial Athletic Association) came into Saturday’s contest with some momentum, after taking a 16-10 road victory over Hofstra on Tuesday. They looked to carry over that momentum into another road game, this time at Vidas Field in Philadelphia against a conference opponent they had beaten at Garber Field two weeks prior. Drexel (4-2, 2-2 CAA) had different plans this time around, and stole an upset victory.

The challenge was clear for UMass, with less preparation time than its previous game against Drexel and it being the team’s third-straight road game, it was clear that it would be difficult to adequately prepare for the Dragons the second time around.

“We had a week preparation the first time and we played at home, so it was a totally different set of circumstances” UMass head coach Greg Cannella said, noting that in Saturday’s contest Drexel was the more prepared group, saying, “They had more energy than us.”

The Dragons—fresh off two-straight victories—came out and immediately grabbed control of the contest, with senior Aidan Coll putting away his first of three goals on the afternoon. The Gorillas responded in the middle of the first with two goals only 11 seconds apart, the first by captain Jeff Trainor and the second by Zach Hochman, who won a faceoff and immediately a made a move for a goal to give UMass the lead. The defenses were strong early and it remained 2-1 at the end of the first quarter.

The two goals were the only the Gorillas would have in the opening half of play, but Drexel would add two goals in the second quarter, both assisted by Sean Donnelly. Donnelly’s playmaking was crucial to the Dragons’ success, and he finished the day with six assists and eight points in total.

The UMass offense was certainly missing senior and Preseason All-CAA team selection Chris Connelly, who led the team with 23 points last season. His absence, along with the hounding defense of the Dragons and solid goaltending of Ross Blumenthal, made it tough for the Gorillas to get things going offensively. Luckily for the Gorillas, their defense, and the excellent goaltending of Matt Knote was enough to keep them in the game.

Canella also emphasized that Connelly’s absence has made things tougher, saying, “you take the leading scorer off of any team, and it’s going to hurt that team.”

Another issue offensively was the amount of turnovers UMass had.

“We had over 20 turnovers,” Canella said, “which is way too many, and many of them were unforced”

Both teams found more offensive opportunities in the second half, as there would be seven goals scored in the third quarter alone, compared to five in the entire first half. It was a back-and-forth affair, as UMass and Drexel alternated goals, with UMass tying things up on three different occasions, then taking the lead once and ending the third quarter all tied at six apiece.

The fourth quarter saw the offenses scoring goals at an even more rapid rate. The quarter opened with an impressive one-handed backhand goal from Jack Mulcahy of Drexel to give the Dragons the lead.

The teams match goals to tie things up at eight, but after an impressive shot from a different angle from Donnelly, Drexel took a lead that they would not lose the rest of the way.

UMass showed heart throughout Saturday’s contest, with captain Jeff Trainor playing through an injury he sustained in the second quarter, and they would continue showing that heart all the way until the final buzzer, scoring two goals in the final 13 seconds, including a hat trick-finishing goal from Gabriel Procyk to cut the final deficit to one.

With the loss, UMass concludes its road trip and will return to Garber Field next Friday, April 9 at 5 p.m. The Minutemen are 2-0 at home so far this season and will look to keep that streak going when Hofstra comes to Amherst for the second matchup between the two teams this season.

Ben Astill can be reached at [email protected]