Our fight goes on

In the face of injustice, storytelling can transform our world 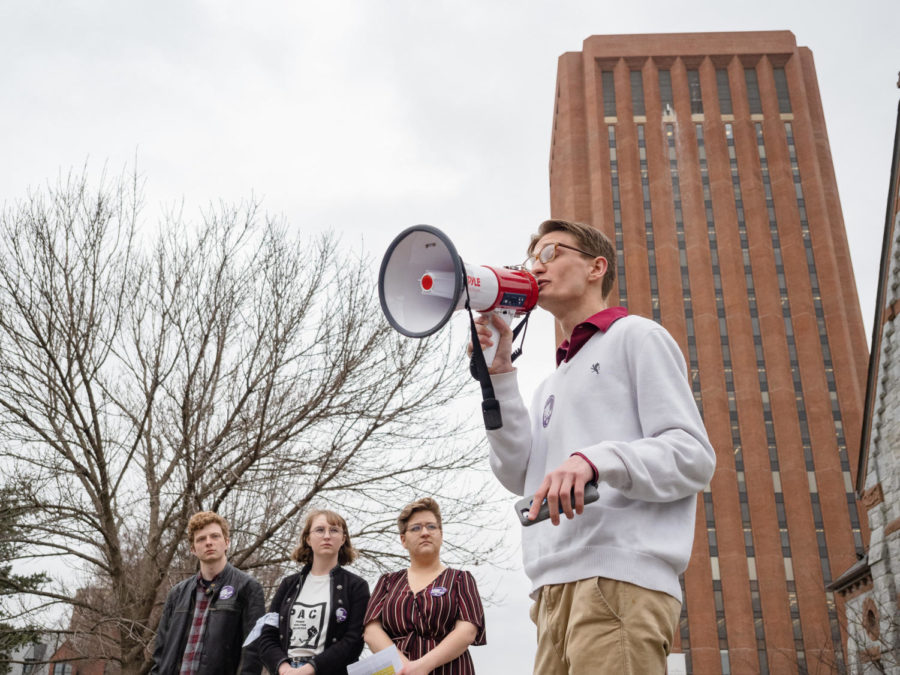 When I was 12 years old, I first learned how to say goodbye.

Staring up at my sun-bleached home, tears trickled down my cheeks. Behind my blurred vision came flashes of family gatherings at the fire pit; cul-de-sac “manhunt” games; and backyard snowball fights with my siblings. Faced with a notice of foreclosure, a squad of movers traveled in sequence and packed my family’s belongings into cardboard boxes. A full moving truck necessitated that we abandon photo albums, toys and furniture in the rubble of our home.

Ripped from the place that had come to host the memories of my childhood and powerless to act, I lost more than just shelter and community. I lost my voice.

During the aftermath, my six younger siblings and I lived between just two beds, a microwave and a mini refrigerator in hotel rooms and shelters. Days turned to months with no end in sight. As our food stamps dwindled, we survived on canned raviolis, gravy sandwiches, and microwavable chicken pot pies to survive. Facing regular discrimination from staff members, we often lived in pseudo-segregated shelter environments.

As a high school student, every day I was reminded of my family’s loss in the lives of my classmates. Walking the line between poverty with my family and stability in the classroom, I lived at the crux of two worlds. When other students planned after school hangouts and worried about essay deadlines, I searched for emergency shelter with my family and completed homework on the bathroom floor of hotel rooms. In a community where homelessness was stigmatized and uncommon, I was too ashamed to divulge the nature of my family’s new reality. Driven by the quest to attend college and find shelter, I yearned for a home and a new beginning.

At the University of Massachusetts, I sought to redefine my narrative and find peace. When I arrived at the university, I was entering the first “home” I had in years. This sudden transformation, however, created new challenges. Having access to a meal plan, housing and academic opportunities, the strategies I used to survive homelessness no longer applied in this new world. At the same time, I began to feel the implications of my class background in the college environment. While I struggled to pay for textbooks and worked long hours at my retail job to pay my bills, some students ate out at restaurants, owned their own cars and depended on their parents for support. When students swapped stories of international vacations and high school shenanigans, I sat in silence and shame. Their muted privilege made my own experiences feel fraudulent.

Driven to transform the ways that the campus supported and understood impoverished college students, I was drawn to the Student Government Association (SGA) in 2016. Serving as a senator on the Social Justice & Empowerment Committee, I helped to organize food drives and promote college affordability. In this role, I continued to hide my homeless background from my peers and classmates because I feared it would overtake my entire identity. It was not until I served as the student speaker for the Commonwealth Honors College Scholarship Ceremony in 2017 that I was comfortable enough in my identity to share my experiences with others. Calling for the need for increased scholarship funding to a crowd of university donors, I funneled my discomfort as a first-generation and low-income student into policy advocacy. At the same time, while I was grateful for the opportunity to make an impact on the community, the prospect of sharing my trauma to entice the empathy and support of university donors unsettled me.

By the time I was a sophomore, I was intent on finding ways to continue to use my story of homelessness to inspire others. There was a notable absence of campus conversation on the experiences of first generation, working class and poor students. Juxtaposed with the increasing unaffordability of higher education and meal plan prices, students were struggling in silence. At a public university, when 46 percent of the UMass students are from families in the top 20 percent and just 6 percent come from the bottom 20 percent, it is no wonder low-income students feel alienated.

In order to supplement my advocacy work, I made the choice — one day while doing homework in the library — to connect with the Daily Collegian. As an op-ed columnist, I sought to connect my experiences in homelessness to ongoing campus issues like classism, food insecurity and student debt. After I published one of my first columns, “Commonwealth Honors College culture a symptom of wealth inequality and faux meritocracy,” an administrator suggested I should use my writing for “good” rather than “evil.” While I was taken aback, I continued to push for social and economic justice through policy advocacy and journalism.

The decision to share my impoverished history in writing and advocacy slowly inspired others to do the same, though in doing so I began to live my life with a hyper-public focus on my trauma. Consequently, when I experienced microaggressions and classism, I felt often obligated to respond and fight back — driven by survivors’ guilt to protect the few low-income students who might be listening and de-normalize that rhetoric. With my past under a microscope at every turn, I found it difficult to see myself as more than the “previously homeless” advocate. In order to resolve this, I sought to de-center my own story and create spaces for poor students to thrive.

In the latter half of my college experience, I pushed for two main objectives: the development of both a center for first generation and low-income (FGLI) students and a registered student organization (RSO) for the community. Our efforts to build a centralized FGLI center were met with disagreement because members of the campus administration claimed that while the resources were decentralized, they already existed. In my view, the scattered nature of these resources disincentives their usage, particularly for communities who face systemic barriers and navigate multiple jobs, school and compounding insecurity. Fortunately, after years of our RSO application being rejected by the SGA, my peers and I were successful in founding the UMass First-Generation Low-Income Student Partnership (FLIP) during my senior year. We built this organization to be a community and advocacy hub for FGLI students, fulfilling one of the long-term goals of my college experience.

When COVID-19 shut down UMass, I struggled to process the loss of my senior year and graduation. While I knew I would be pursuing a master’s of public policy the following year, I had always dreamed of celebrating commencement with my friends and family to culminate years of struggle and victory. I could not have been prouder to survive against the odds and graduate from UMass, though I was no stranger to abrupt loss. While the world fell apart, I could not help but feel as if I had already experienced similar pain. I had already learned to live in this world.

At the same time, I began to receive national attention around my advocacy and story in homelessness. Featured in BBC World News and published in the Boston Globe, I continued to press for a transformation in housing and education policy. When I was elected to the Board of Trustees as a master’s student, I challenged the Board on tuition hikes, furloughs and student evictions while continuing to emphasize the need for centralized FGLI resources. In this professional and affluent leadership space, I was increasingly aware of my class background. Furthermore, as a voting member, I was often one of the only people to speak up in the face of injustice. Driven by the experiences, struggles and testimony of marginalized students, I fought to recognize and share the stories of those often left behind.

At the University of Massachusetts, I found so much more than four walls and a roof. This university helped me to find my voice and gave me my first real community — a place I can finally call home. As I prepare to leave, I remain proud of my advocacy and hopeful for the future of a UMass that supports first-generation, impoverished and otherwise marginalized students. In the face of injustice, storytelling can transform our world.

“As survivors, pioneers and changemakers, our fight goes on.”

Tim Scalona can be reached at [email protected]