Picturing a scientist has never been harder

A review of the 2020 documentary "Picture A Scientist" 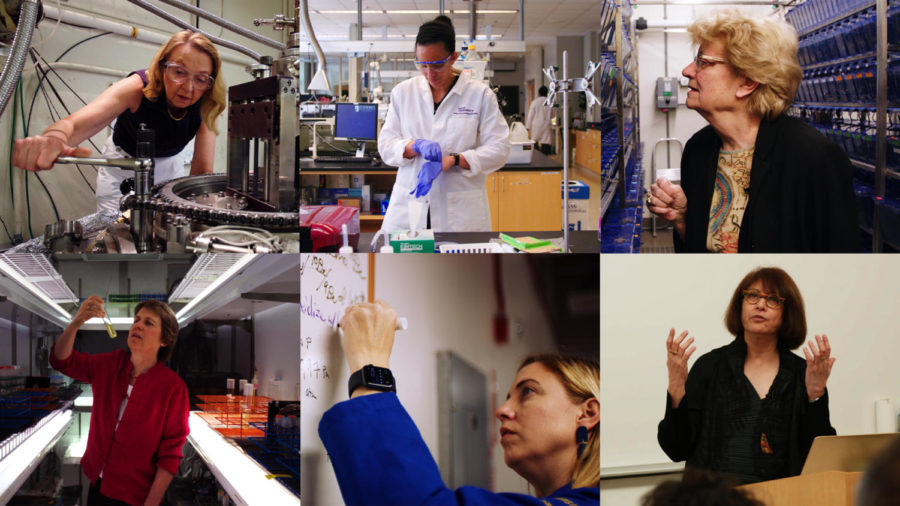 The definition of the word “scientist” is as follows from the Merriam-Webster dictionary; “a person learned in science and especially natural science: a scientific investigator.” Now think of any scientist you know of. Is that scientist that came to mind a woman? If you answered no, do not be surprised.

Even in 2021 the realm of science is male dominated. In fact, when I googled “most popular scientists in the world” and clicked the first article that popped up, reviewing the 50 most influential scientists in the world today, only five on that list are women. In other words, 45 out of 50 of the most influential scientists listed are men. This gender gap gets further explored in the 2020 documentary “Picture A Scientist.” This documentary, directed by Ian Cheney and Sharon Shattuck, follows the stories of three women in science who have had to (and still are) navigating a field where men dominate and women get sexually harassed. The three scientists I am referring to are Nancy Hopkins, Jane Willenbring and Raychelle Burks.

Hopkins introduced herself in the film as a professor of biology at the Massachusetts Institute of Technology for over 40 years who retired about three years ago. She then talked about her early schooling and how it led to her working in Jim Watson’s lab as an undergraduate. From undergraduate she eventually went to MIT as a junior faculty. As she recounted her early career, she also recounted her experiences with sexual harassment as well the discrimination she faced. These experiences lead to her taking action and now she is not only known for “her research identifying the role genes play in longevity and cancer predisposition in adult fish” but also for all “her work promoting equality of opportunity for women scientists in academia.”

Willenbring introduced herself as an associate professor at the Scripps Institution of Oceanography that is a part of the University of California San Diego. She expressed the importance of and what she finds joy in as someone studying how landscapes change overtime. She also talked about what first got her into science and her early career as a scientist. As she talked about her early career, she recounted her time doing field work to look at the glacial history of a part of East Antarctica with David Marchant, someone who at the time was an important person in the field (enough to have a glacier named after him). As she recounts this, she also remembers the grotesque harassment and trauma she endured with Marchant while in Antarctica. Willenbring, after sitting alone with what happened to her during that trip to Antarctica for years, found the courage to act, writing a Title IX complaint the eventually transcended to getting a piece of justice she always deserved.

Burks introduced herself as an Assistant Professor of Chemistry at St. Edward’s University in Austin, Texas. She explained that she helped make sensor rays systems designed to find things such as explosives and biological weapons. These systems are for warzone and natural disaster situations. As Burks recalled her growing up and early career, she explains how the only scientists she remembered growing up were fictional characters such as Nyota Uhura in Star Trek. Burks discussed her experiences as a woman of color in academia. While she conveyed her experiences navigating the racism on top of the discrimination she already faces as a woman, she broke down in front of the camera in a Wakanda Forever sweatshirt. While Burks pointed out that this is something she unfortunately has gotten used to, this has not stopped her from being the representation she needed when she was younger. She has, “appeared on the Science Channel’s Outrageous Acts of Science,” as well as the Royal Society of Chemistry podcasts, etc.

In following these three woman’s stories, “Picture A Scientist” captures the reality woman face entering the science world. This reality women in Science Technology Engineering and Math face can no longer be overshadowed or ignored, especially when the evidence and statistical data is there. “Picture A Scientist” can currently be streamed on Amazon Prime via renting or buying the documentary, or through screenings.