Best weekend output against a conference opponent this season 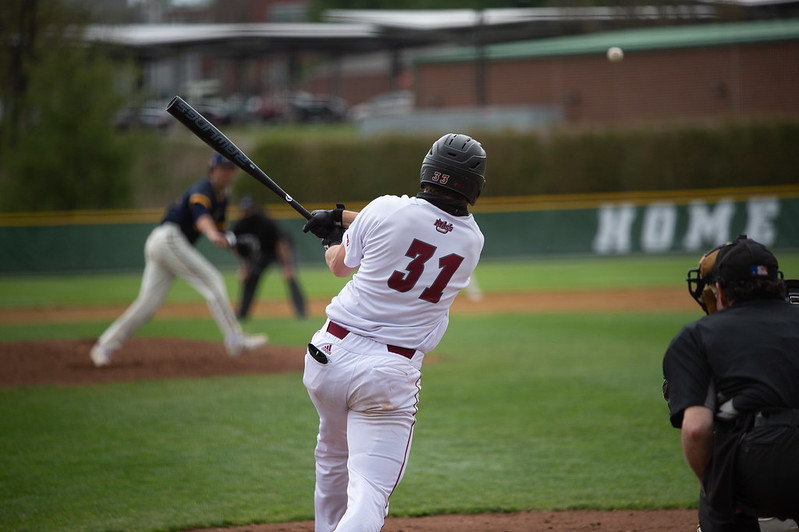 Struggle is at the very least a fair evaluation of this season for the Massachusetts baseball team. Things took a turn for the better against Fordham this weekend, splitting the four-game series 2-2.

“We made some clutch pitches that we needed to,” Minutemen head coach Matt Reynolds said of the first game. “We were able to get out of some jams, and that’s big too.”

The second game brought a different challenge for UMass: Matt Mikulski, who is now 7-0 and came into the weekend with the third-lowest earned run average in the nation (.092). Though his ERA now sits at .133, he has only allowed eight earned runs in nine starts and 54 innings pitched, adding 102 strikeouts in comparison to only 23 walks.

The Minutemen were able to keep it close against Mikulski, totaling three runs off of the ace, his highest allowed all season.

The second game of Saturday’s doubleheader was likely the best of the four games for UMass, winning 8-3. Freshman Zach Given struck out five and allowed one run in 5.2 innings en route to his second win of the season.

The final game showed the Minutemen’s holes that have shown consistently throughout the season, as they lost 11-1. Three errors were committed after only combining for one in the first three games. The first six runs scored by the Rams were all unearned, ending UMass’ surprisingly solid weekend.

“When we throw strikes, make plays, have good approaches at the plate we can compete with anybody,” Reynolds said. “Then when we don’t do those things, it’s tough to beat anyone.”

A 2-2 weekend record does not jump off of the stat sheet for most baseball teams. For the Minutemen, it shows potential in the roster, a roster that has looked vastly inexperienced and unprepared for large portions of the season.

Dylan Judd has been UMass’ best source of offense in 2021, and that was on full display against Fordham. Judd finished the weekend hitting 5-of-13 (.384), accounting for a hit in every one of the four games. His average is now .304 on the season, also meaning he is the only starter to hit above .258 to this point.

Senior captain Eddy Hart also had his best weekend of the season, finishing 5-of-11 (.454) with three doubles. Hart has been struggling at the plate for the majority of the season, not able to consistently surpass a .200 batting average until the La Salle series two weeks ago. From the La Salle series until now, Hart has hit 15-of-44 (.340), proving to be one of the most reliable hitters on the roster along with Judd.

The Minutemen will now look forward to their final non-conference opponent of the season in Boston College. The Eagles (19-22, 8-19 Atlantic Coast Conference) have defeated multiple ranked opponents in No. 10 Notre Dame, No. 22 Virginia tech and No. 25 Florida State (all according to D1Baseball.com rankings).

First pitch against BC will be on Tuesday at 4 p.m. in Amherst.