Writing with nuance is your own best defense 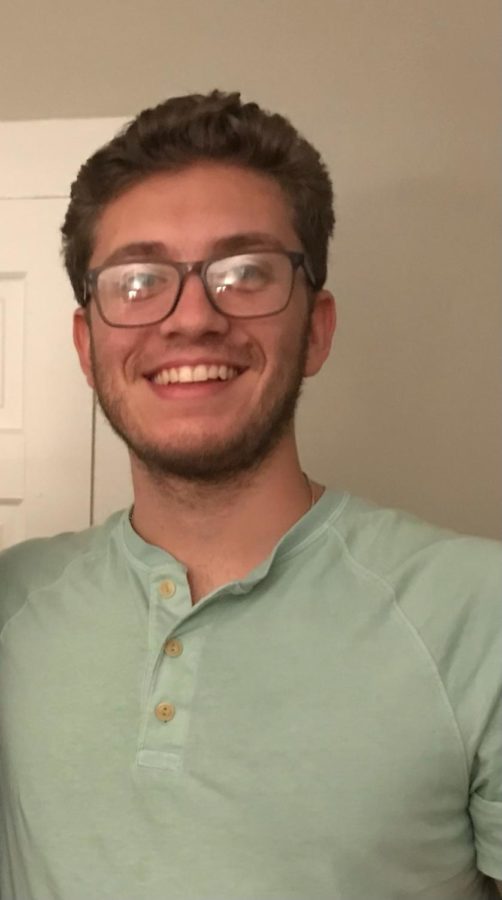 Writing for the Daily Collegian has always been something of a selfish affair for me. By definition, an Op/Ed is a self-centered piece of journalism. Amidst all the sober, even coverage of sports events, student government meetings and Chancellor’s messages, an Op/Ed writer seeks to stand out by writing controversially about controversial things. The prototypical Op/Ed writer carefully scours the leading newspapers and listens to podcasts in order to find something that will get their readers’ attention. While news and sports writers hit the ground and interview subjects, we Op/Ed writers sit back on our recliners, rub our chins and ask, “what will piss off my readers the most today?”

Well, maybe that’s not exactly right. Certain Op/Ed writers do give that impression, because their flashy headlines, short, punchy sentences and manufactured rage all point in that direction.

I’m thinking here of my own writing.

At the beginning of my tenure at the Collegian, I was that prototypical Op/Ed writer. I had just recently started listening to political podcasts and, seeing little representation of my side of the aisle at the paper, pondered how I could stir the pot. The answer, I assumed, was to write about hot-button cultural issues with anger-inducing headlines like, “Kanye doesn’t have to be silent” (expressing support for Kanye’s stated support of then-President Trump); “Counterpoint: Cultural appropriation is not a sin” (regarding a recent controversy over a white girl wearing a Chinese dress to prom); and “We need more masculinity in our lives” (reacting to a Gillette razor ad about toxic masculinity).

I had always been confident in my writing abilities and had basked in the glow of teachers’ praise. In first grade, for instance, my teacher had me read a paragraph of one of my essays (if you could even call a first-grade writing assignment an essay) out loud because I used…ellipses.

Which brings me back to the selfish part of Op/Ed. I wanted to write for the Collegian partly to inject a right-of-center voice into a predominately left-of-center paper in an overwhelmingly left-of-center area of the world (Amherst, a college campus, Massachusetts, etc.). But I also wanted to write things that others would praise me for. It’s one thing to write a good paper for a college professor, or a nice letter for a parent on Mother’s or Father’s Day. It’s a completely different thing to see your name on a website — or in a print newspaper — containing words that you so deliberately crafted into place.

Over time, however, I began to notice something. First of all, I couldn’t really read the comments on my articles. Almost always negative (check out some of the comments on the Collegian’s Facebook page), these pithy missives taught me two things about myself. First, I don’t react well to overly negative criticism. Second, I’m much more comfortable defending my articles against such criticism when I’ve written cogently and with nuance.

So, I started doing something that, I think, surprised some people: I began writing cogently and with nuance. I still wrote about things that ruffled some feathers: Joe Biden pledging to pick a female Vice President, conservative efforts to fight climate change and the debate over our nation’s founding. But I did so much more carefully than I had before. I still wanted to provoke conversation, but I could do without the outrage. I still liked writing about things with passion, but I tempered it with appeals to bipartisanship.

In short, I realized that the Collegian wasn’t just a platform for writing self-aggrandizing polemics. I felt obligated to represent conservatives, to show they could be respectable (and respectful) in the face of the decidedly disrespectful conservatism that so many on the right espouse. I felt a desire to show regular readers of mine that I had changed for the better as a writer. At the same time, this attitude made my writing better. It is rare that something can be so beneficial without many downsides, but this is one of those examples.

If I were to offer some advice for aspiring Op/Ed writers or essayists — which, I think, is actually a better term for what we do — it would be to write with nuance. Spend more than a couple of hours on Saturday morning writing your columns. Read a couple of books on the craft of writing — try here, here and here — to hone your skills. Because if there is one thing that I have learned about writing, it’s that better writing makes for better arguments.

But most of all, write with pride. Write knowing that others will assess you as a person for your level (or lack thereof) of nuance. We should all try becoming better citizens, especially in these grim times. If you force yourself to write with wisdom — which is not the same as intelligence — you have just taken one small step towards that goal.