Accepting your sexuality from a young age comes with many perks, but it also has its pitfalls 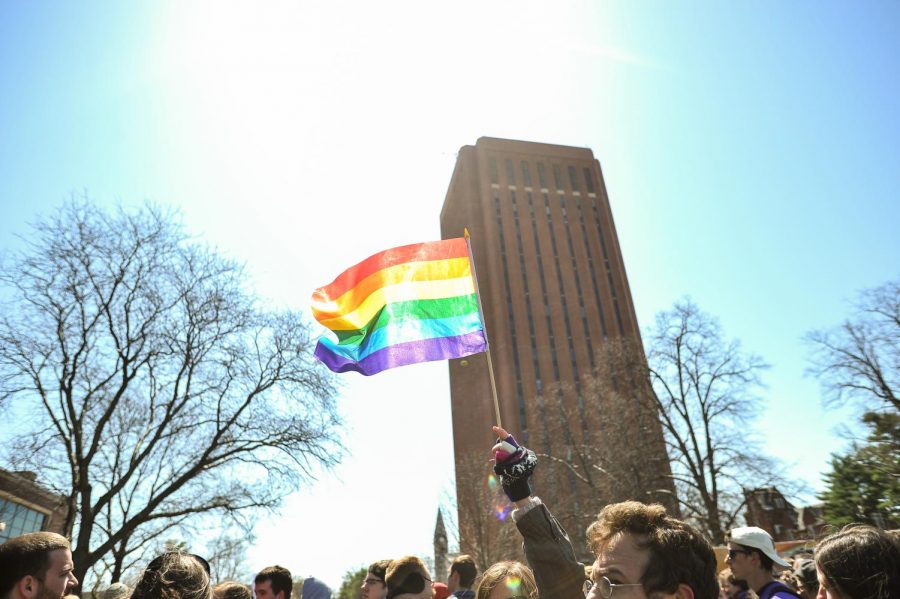 That was the mantra getting me through middle school, high school and now college. A future where holding my husband’s hand isn’t taboo awaits me in some alternate universe, but until then, I’ll be repeating those three words to myself.

I don’t want to make it seem like it hasn’t gotten better ─ it has─ but improvement is subjective. Just because it’s legal to marry doesn’t mean it’s acceptable. The same goes for abortions, immigration and countless social issues that are only considered issues because legislators and pastors deem them so.

Growing up gay didn’t require me to seek refuge in other countries or undergo illegal medical procedures, yet I still felt the weight of the world on my shoulders when I finally accepted that I wasn’t attracted to women. If sexuality is a spectrum, why did I feel like an outlier for being on one end of it?

If anything defined my childhood, it was becoming friends with the uncertainty of a happy future and the mystery of what it means to love and be loved. I found myself asking why I understood the innerworkings of my psyche before I grew hair under my arms and peach fuzz above my lips. By age 13 I knew who I was and who I was going to be, but that reality was scary, and instead of accepting it I suppressed it until I was ready to be honest with myself.

The idea of coming out frightened me, so I tried to ease my family into it. I would always make note of Calvin Klein billboards with shirtless models and mention as we drove by that I wanted to be like them. I wasn’t attracted to them, of course not, but I really wanted to be them. Or be with them – I guess I couldn’t decide.

The living room reeked of admission while I mentally paced around my brain, determining whether saying “I’m gay” sounds gayer than “I am gay.” After what felt like 14 years but took only a few seconds, I spit out what I considered to be the least gay version of what I’d been meaning to say. This declaration could’ve been my coming-of-age moment or my death wish depending on how my parents were feeling. They were happy and relieved for me but not entirely surprised – after all, we were watching House Hunters during the moment of truth.

Being true to myself and my parents took a weight off my shoulders, but it didn’t come close to alleviating the stress that came with homosexuality. I’d still have struggles, ones that not even my parents’ warm embrace could protect me from. I spent my high school years resenting my sexuality instead of embracing it, wishing I could have more male friends and be accepted in the locker room. At the end of the day though I was just the gay kid.

Being openly gay in high school a few years ago was a unique experience that I don’t think anyone will feel again. I was out during a time that followed condemnation and preceded acceptance, a lame-duck period in which being friends with me was trendy to some, yet inspired homophobia in others.

When I finally graduated high school and left that small town for the big college in the state over, I was reminded of that phrase that defined my youth. Had it gotten better? I’d gotten that ounce of acceptance I’d asked for but at what cost? Was it worth being sexually assaulted? Was it worth developing an eating disorder that plagues mealtimes? Was it worth leaving high school with a diploma and a fear of men, organized religion and sports teams?

I guess I’ll never know. It’s impossible to say whether all those things happened because of my sexuality or because they were fated to. But it happened and here I sit writing to you about it. I’ve had to mature and accept who I was before my sister graduated college and before my peers had their first kiss. While some may see it as baggage, I see it as stories to tell my friends and lessons to teach my children.

Like gender, life is not comprised of binaries. This pride month marks six years of being openly gay and understanding that sometimes it gets worse before it can get better. Gay kids have to mature at a much younger age than their peers but with that comes a level of confidence and determination unrivaled by their heterosexual counterparts. That’s just one of many reasons to be proud this month.

Here’s to six more open and honest years of collecting stories, experiences and lessons as a gay man in America.