Introduced to UMass in 2018, oSTEM provides resources for professional development and a sense of community to LGBTQ+ students in STEM. 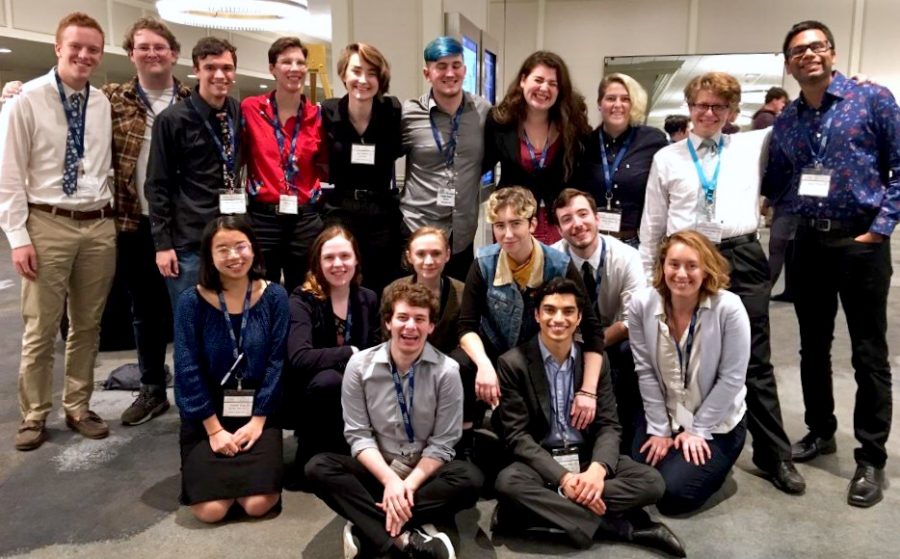 Out in STEM or “oSTEM” is an organization dedicated to supporting LGBTQ+ students in the fields of Science, Technology, Engineering and Math. After establishing a chapter at the University of Massachusetts and officially becoming a Registered Student Organization just two years ago, the organization provides “resources, networking, and professional development to undergraduates, graduate students, and faculty who identify as LGBTQ+ within STEM fields,” as explained on their Campus Pulse page.

“Not only is oSTEM UMass a group dedicated to career development, but also to create a community for individuals who fall into both categories,” the page stated.

The organization was founded in 2018 by Phoebe Bisnoff, a chemical engineering student who graduated in 2019. Bisnoff explained that the group is interested in “evolving the cultural landscape of STEM fields,” in an article published by the College of Engineering.

Two years after the group was founded, it was officially made an RSO. The campaign was spearheaded by the second president of the organization, Sam Marsden, who was a 2021 graduate and chemical engineering major.

Senior biology and public health major Mia “Leo” Crockett, the current and third president of the organization, explained the goal they wish to achieve during their term at oSTEM, which is to “create a space, both social and professional, that’s directed towards members of the LGBTQ+ community who are also in the STEM fields.”

“This is mainly because the STEM fields are notoriously, well, brutal to everybody, I feel, but especially unsupportive to marginalized folks, which includes people [who are] a part of queer communities,” they added.

In pursuit of this goal, Crockett explained that the organization’s “main focuses have always been on professional developmentand navigating that as a queer person.” Items such as,“how much you can say on a resume,” and “[forming] connections with upper classmen and graduate students” are usually discussed during the group’s meetings.

Aside from the professional aspect, oSTEM has social gatherings as well, including game nights and breakfasts. They’ve also attended the national oSTEM conference together. Crockett focuses on the social aspect of the organization during their term as “creating a community was really important to [them] in oSTEM [their] freshman year,” they explained.

Aradhna Johnson, a junior Biology and English double major and the treasurer of oSTEM, talked about what the organization means to her: “Seeing [Crockett] and other people in STEM is just like, ‘Oh! Other people exist in STEM, other queer people exist here’ and it makes it feel a little less isolating because it seems like something you can’t really talk about,” she said.

The RSO hosts two general body meetings every month and also allows members to join their executive board meetings in order to increase involvement and promote transparency. They also host numerous panels and discussions, like the “Out Professor Panel,” where LGBTQ+ professors in STEM at UMass describe their experiences and provide professional advice.

The group also works with other UMass groups, like the Racial Justice Coalition, to host events. Last year, the RJC and oSTEM jointly hosted a “Decolonizing STEM” panel.

Junior biochemistry major and oSTEM Secretary Morgan Robertson explained that these type of panels “help for so many different reasons.”

“Hearing queer elders talk is so important because I feel like a lot of people don’t have that and so hearing [queer] people discuss trying to get into STEM before the 2000s, which is just difficult, and [having the opportunity to listen to] the things that they have gone through and overcome, [it’s] really great,” he explained.

“They always email saying, ‘What can we do to help you? We’re going to make sure your members are taken care of?’ and so I feel like not a lot of organizations get that on campus, so I feel really appreciative,” they added.

As for the future, Crockett hopes for an increase in fundraising to the organization so that more students can attend the national conferences like they did, and for a stronger presence on the UMass campus.

Members of the oSTEM UMass chapter pictured at the organization’s national conference in 2018. Courtesy of Mia “Leo” Crockett.

“What we want is to create is just a space for people to safely understand themselves and get closer to their true selves,”Crockett said.

The organization can be contacted via their email address, umass@chapters.ostem.org, or at their instagram page @umassostem.