An official ranking of the four UMass dining halls 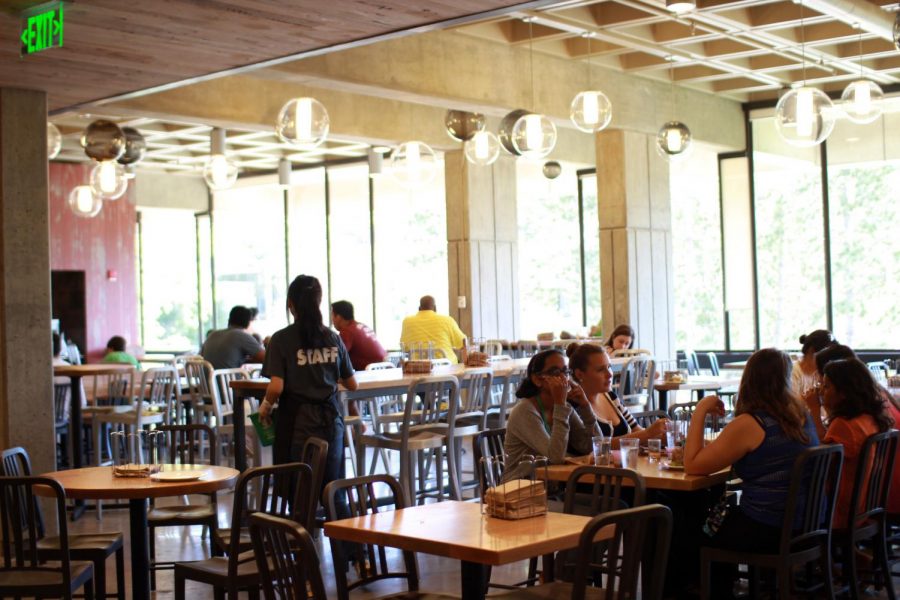 It may be common knowledge that for the past five years, the Princeton Review has ranked UMass number one in the nation for dining, but one rather significant quandary remains: which of the four dining halls is the best?

The halls in question are, of course, Worcester Commons, Franklin Dining Commons, Berkshire Dining Commons and Hampshire Dining Commons. Perhaps you have discussed in secret whispers which of the four reigns supreme, surreptitiously sharing your own biases, opinions and beliefs. Naturally, everyone is entitled to their own opinion, but, sadly, you are all incorrect. I, as the leading authority on such matters, alone hold the answer that will at last set this debate to rest.

As a first-year student who has been on campus for all of three weeks, I am clearly the most qualified individual to dispense this enlightening information. I’ll consider two equally important factors when ranking the dining halls: atmosphere and food quality. After all, even the most scrumptious meal can be spoiled by an oppressive backdrop, and even the most heinous can be nearly redeemed by a cheerful ambiance. So, let us begin. You may consider what follows to be absolute pearls of wisdom or the disturbed ramblings of an unsound mind. I don’t particularly care which.

In terms of atmosphere, I found one dining hall in particular to be sorely lacking. Hampshire Dining Commons, known affectionately as Hamp, has about as much charm and capacity for quiet conversation as a train station at rush hour. Hamp was loud, crowded and moreover had a distinctly brutal, utilitarian feel, especially when considering the plain concrete interior and poorly integrated modern decor. My dining companion, when we visited, described it as being “like eating in a jail,” and I concur. I did appreciate the clear signage demarcating the locations of different types of food, “Soup,” “Stir-Fry,” “Sweets,” etc., although this did very little to improve my overall opinion of it. As such, I believe that Hamp is deservedly in last place.

Berk, while an improvement from Hamp, still leaves something to be desired atmospherically. Rather than having a discernibly unsettling air, it is more the absence of a charming je ne sais quois that warra​​nts such a low ranking. I found it to be a rather soulless dining establishment, an assembly-line-esque feel of hasty efficiency pervading throughout.

Dining at Worcester is generally a pleasant experience, if only one can find a table and adequate silverware. This lack of available seating and silverware, particularly forks, has become the punchline of many jokes about on-campus dining, even appearing in posts by the popular Instagram account, @umassaffirmations. Worcester, being the newest dining hall, has an impressively modern and clean feel. The best tables, in my opinion, are those in the seating area by the large windows. I find it incredibly peaceful to enjoy the view of the campus through these magnificent panes while sipping my coffee at breakfast. Even during busier times of day, Worcester retains its calming atmosphere.

Whatever elusive je ne sais quois Berk was missing, Frank has it in abundance. I can’t precisely explain it, but Frank just feels homey. It provides a perfect respite from the trials and tribulations of a hectic day in the life of a college student, as soothing to the soul as sitting by a warm fireplace on a rainy day. It is almost never crowded at Frank, and always quiet enough to be conducive for pleasant conversation. Walking past the Permaculture Garden to enter the dining hall instantly lifts one’s spirit and stirs one’s imagination. It feels like going to some secret hideaway deep in the wilderness. For these reasons, Frank is the obvious winner in terms of atmosphere.

Sadly, in this second half of my ranking system, Frank is once again featured, although on the opposite end of the spectrum. Despite its considerable charm, Frank objectively has the worst food. Now, it’s not particularly bad, just subpar in comparison with the others and expectations for Number One Dining in general. The food at Frank is sometimes cold, undercooked, overcooked or otherwise devoid of flavor. The variety of choices is limited, which can be helpful if one is overcome with a bout of indecisiveness yet would become monotonous rather quickly. One factor in Frank’s favor is the waffle iron, which is available for use all day.

Worcester is home to a great variety of cuisines—the perfect amount so that it is neither overwhelming nor tediously repetitive. The majority of the food is adequate, some spectacular, and some less so. The spring rolls and stir-fry seem to be perennial favorites among Worcester diners, along with the custom omelets at breakfast and the ever-popular Grab-N-Go. The only food item that I seriously despise at Worcester is the scrambled eggs. Why are they so congealed? So cold and spongy? Anyways, consume the Worcester scrambled eggs at your own discretion, but I find it to be a nearly nauseating experience.

Berk makes up for what it lacks in character with excellent food. Everything I have eaten there has been utterly fantastic. The number of options, however, is somewhat intimidating for someone as indecisive as I am. This minor issue is of no real significance, as whatever one ends up selecting is bound to be delicious. The cranberry-glazed pork and macaroni and cheese were especially tasty.

Hamp has, by far, the largest variety of food options. The first time I visited, I walked around the nightmarish circular serving area three times, paralyzed by indecision. Despite this, I found that Hamp most consistently met my expectations for number one dining. Even something as simple as roasted potatoes or sauteed kale was transformed into an absolute masterpiece. The quality of the food undoubtedly outweighs the stress caused by having to make a choice from the vast array of delectable options.

If you were being meticulous in your reading of this article, you may have noticed an interesting pattern in my rankings: the lists are mirror images of each other. This is due to a phenomenon I have observed in which the pleasantness of the atmosphere is inversely correlated with the quality of food.​​ The extremes at either end do not fare well in terms of overall ranking; The dreary atmosphere of Hamp just as much negates its superior food quality as the subpar food does for the ambiance of Frank. Due to this phenomenon, I have awarded a dining hall that was fairly average on both lists the top spot: Worcester.

Worcester is simply the best overall dining hall. As a final disclaimer, my decision to rank Worcester in first place, as a resident of Northeast, is based solely on empirical evidence and was in no way influenced by familiarity or convenience.

Grace Smith can be reached at [email protected]