After being closed for 18 months due to COVID-19, Glazed opens with a greater variety of gourmet doughnuts 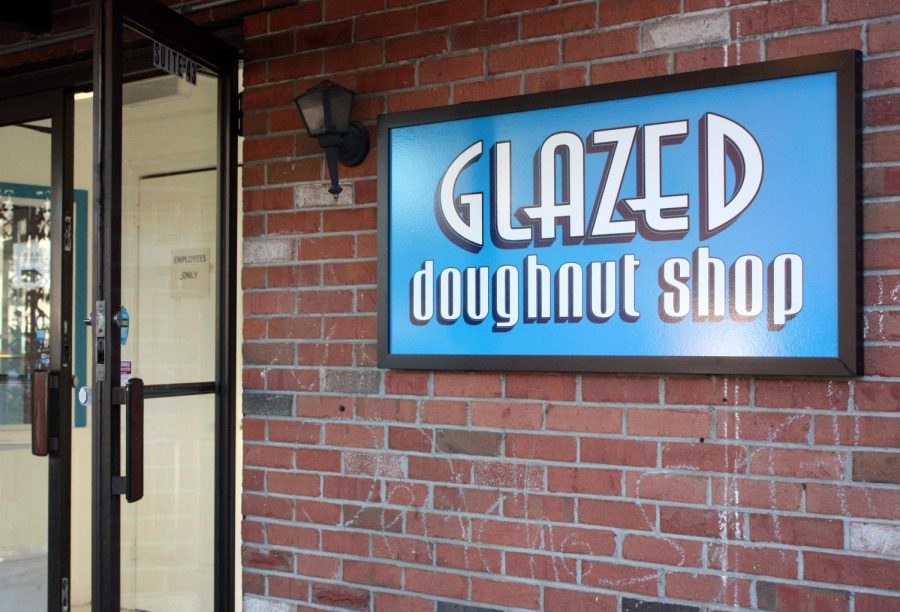 On Wednesday, Glazed Doughnut Shop reopened its doors after being closed for 18 months due to the COVID-19 pandemic.

Glazed Doughnut Shop, which has been serving the Amherst area since 2014, is a local, family-owned business, founded and run by husband and wife, Nick and Keren Rhodes. Their grand reopening was Wednesday at 10 a.m. on 19 N Pleasant St. in downtown Amherst.

The reopening has been nothing short of eventful, according to Keren Rhodes. “It’s been busy which is good and at the same time it’s a little overwhelming since we’re dealing with a lot of new employees,” she said.

“Even us ourselves are like, ‘do we remember how to do that?’ But it feels good that it’s busy,” she continued.

Glazed prides itself on its fresh, gourmet doughnuts. Not only do they have basic flavors like chocolate and vanilla, but a wide variety of unique flavors such as cookie dough, fruity pebbles and French toast. A crowd favorite, “The Elvis” (banana frosting with peanut butter and chocolate), is also back.

“It’s a chance to refresh and renew with some new products, and new flavors, and new equipment to help make our job a little more efficient and easier,” Keren Rhodes said.

In addition to the wide assortment of flavors offered, Glazed also caters to different dietary needs, offering both gluten-free and vegan options.

Connecticut resident Grace Preli is a gluten-free customer. She arrived right as their doors opened at 10 a.m. on re-opening morning to get gluten-free doughnuts.

“We came for gluten-free donuts and they were closed but now they’re open!” Preli said.

“We checked a couple days ago when we got into town and saw that they were closed but I had a feeling I had to check again, so yesterday morning I checked again [on Facebook] and they said ‘Grand Reopening,’” Preli continued.

Spending almost two years out of business, Keren Rhodes worried that current University of Massachusetts underclassmen wouldn’t know about Glazed at all.

“There’s two whole years of UMass that don’t even know that we exist, this year’s freshmen and this year’s sophomores. So, it’s a little exciting to have the chance to say ‘look at this thing to do,’” she said.

Still, a group of sophomore students showed up at the reopening day and were excited to try Glazed donuts. “We’re excited! We’ve never been here before,” said sophomore business major Camryn Buonacore.

“We’re sophomores, so last year we were only here for half of the first semester, and there wasn’t really much open,” Buonacore said of her experience last year.

The COVID-19 pandemic’s long-term impact on daily life and commercial activity is ultimately why Glazed Donut Shop was forced to take such a hiatus.

“If we were to have stayed open, [Glazed Doughnut Shop] would have disappeared in a couple weeks and it just wasn’t realistic for us to stay open,” Keren Rhodes said.

“We got a PPP [loan] and we got the restaurant grant through the government, so we paid our rent and I have another full-time job, so we managed and were able to stretch our PPP to cover our rent for the year,” she further explained.

In addition to the difficulty of operating a business during COVID-19, the Rhodeses have two children with special needs who both switched to remote learning during the pandemic. This change made it more difficult to keep the business open at the time.

“We have two children who both have special needs so with remote learning it was impossible for us to run a business,” Keren Rhodes said.

Now that the pandemic is more under control, businesses in the Amherst area, like Glazed Donut Shop, are slowly reopening their doors.