Dartmouth has lost two straight games to open its season 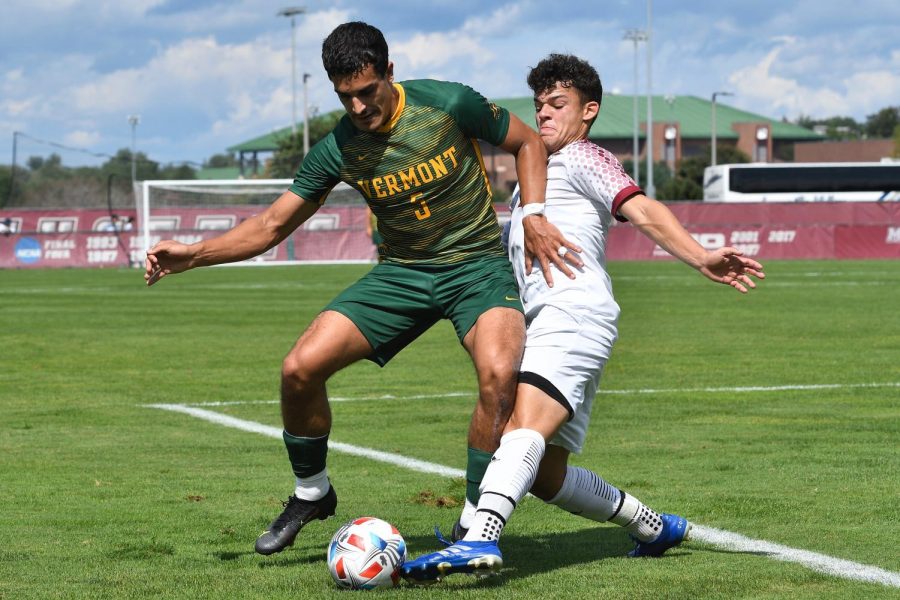 After being dealt its first loss of the season, the Massachusetts men’s soccer team is looking to get back into its winning ways.

UMass (3-1-1) now shifts its focus to Dartmouth (0-2) in a nonconference matchup with its fellow New England foe. The Minutemen were shutout for the first time this season after managing to score a goal in their opening four games. On the other hand, Dartmouth is coming off a west coast road trip to start the season in which they lost both games and were shutout in its opening game of the season.

“Coming off a loss shouldn’t degrade our confidence,” goalkeeper Marvyn Dorchin said. “It should actually motivate us to push harder and work as a unit. [The loss to Vermont] was good to learn from. Obviously, they got votes for top 25 [in the country] so that is something that we should give them credit for and to us as well.”

UMass will have to take advantage of a struggling Dartmouth team on Wednesday. The Big Green come into Amherst after losing 3-0 to No. 3 Washington and 2-3 to Seattle as well. Unlike many of its opponents, Dartmouth did not play in a condensed season in the spring and is entering only its third game since November 2019. Although lacking consistency in playing a lot of games, the Big Green will certainly be a challenge for the Minutemen.

The key for UMass on Wednesday will be to attack the net. Led by a front three of Alec Hughes, Yosuke Hanya and Filippo Begliardi Ghidini, the Minutemen certainly possess the attacking power to give their opponents trouble. The front three has played and started in all three games this year and have contributed with three goals and five assists. Each one of them are a dynamic player that brings a different skill set to the game, leaving opponents struggling on how to adjust and defend.

In net for the Minutemen, Dorchin has been the backbone to their defense so far in this early campaign. Through five games Dorchin has one clean sheet and hasn’t allowed more than one goal per game. The goalkeeper is coming off of a seven save performance against Vermont in which he allowed just one goal. In total he has only allowed four goals all season with 19 shots saved. Dorchin will be critical to getting UMass back on track with a win against Dartmouth.

“All the guys have been really focused [since the loss],” Dorchin said. “It’s mostly just getting the things that we need to learn from and move forward. We had a few days to recover and get ready and our bodies are now ready for the next game.”

The Minutemen are currently on their third game of a four-game homestand. After playing in the UMass Athletics bubble and behind closed doors without fans last spring, Dorchin appreciates the chance to play again in front of fans at Rudd Field.

“It’s been absolutely wonderful [to have fans back],” Dorchin said. “After so many months and almost a year of not having fans it’s definitely special. Definitely happy to have them watch and support us.”

UMass takes on Dartmouth at home with kickoff set for 4 p.m.