Pittsburgh racked up 597 yards of total offense against the Minutemen 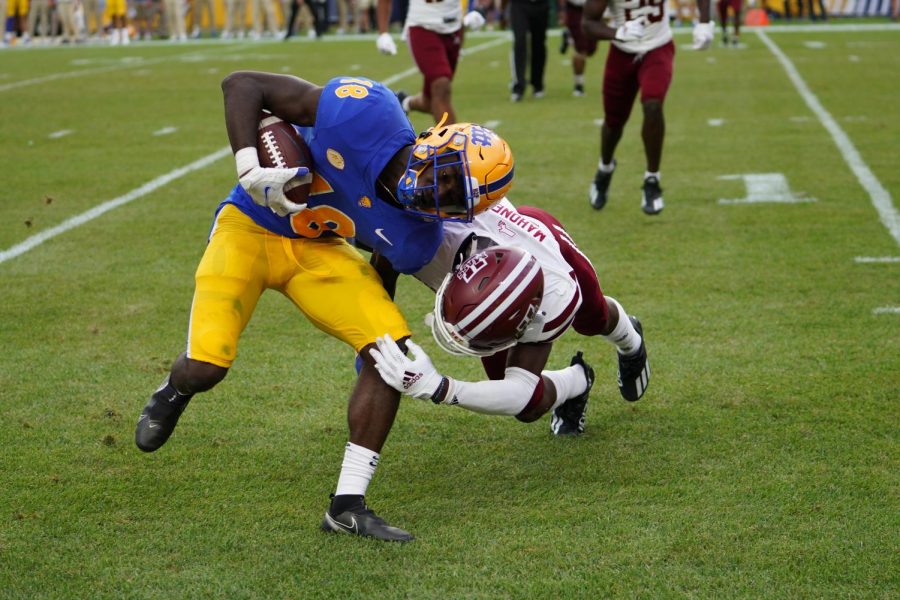 The Massachusetts football team had a rough time defensively against Pittsburgh as the Panther’s scored seven touchdowns on the day.

The Minutemen’s (0-1) secondary struggled to contain Pittsburgh’s receivers as Pickett was able to spread the ball around to his wideouts.  For the Panthers, 12 players recorded at least one catch. Tight end Lucas Krull caught five passes for a game-high 58 receiving yards and a touchdown.

UMass tried almost everything on defense throughout the game. “We played a bunch of different personnel groups today,” said head coach Walt Bell. “We were in a ton of sub personnel, probably all five personnel that we can possess knowing who our players are.”

UMass also had a tough time slowing down the run as they gave up 222 yards on the ground. The Minutemen had problems stopping the Panthers ground game in the redzone as Pittsburgh scored five rushing touchdowns from inside the 20 yard line.

Although UMass was projected to lose this game, the Minutemen came in with confidence.  “coach Bell’s pregame speech was about belief, and going into the game our motto was to believe,” cornerback Donte Lindsey said. “We weren’t worried about what the media was saying, we were going in believing we would get the win.”

Despite a rough performance overall, the UMass defense started out the game strong forcing the Panthers to punt on their first drive. On the ensuing drive, linebacker Gerrell Johnson forced Pittsburgh’s A.J. Davis to fumble which the Minutemen were able to recover.

“I thought our defense fought really well,” said Head coach Walt Bell. “It was a 16-0 game for a long time… when our defense really needed us to step up on offense, we did not do what we needed to do.”

Even though the Minutemen struggled throughout the game Coach Bell was pleased with how his players handled the adversity.

“I thought our kids did a nice job of staying together when things got really ugly,” Bell said. “I thought they were really positive which is a huge step for us.”