UMass to host BC for first time since 1982

Eagles look to make it two straight wins after Saturday 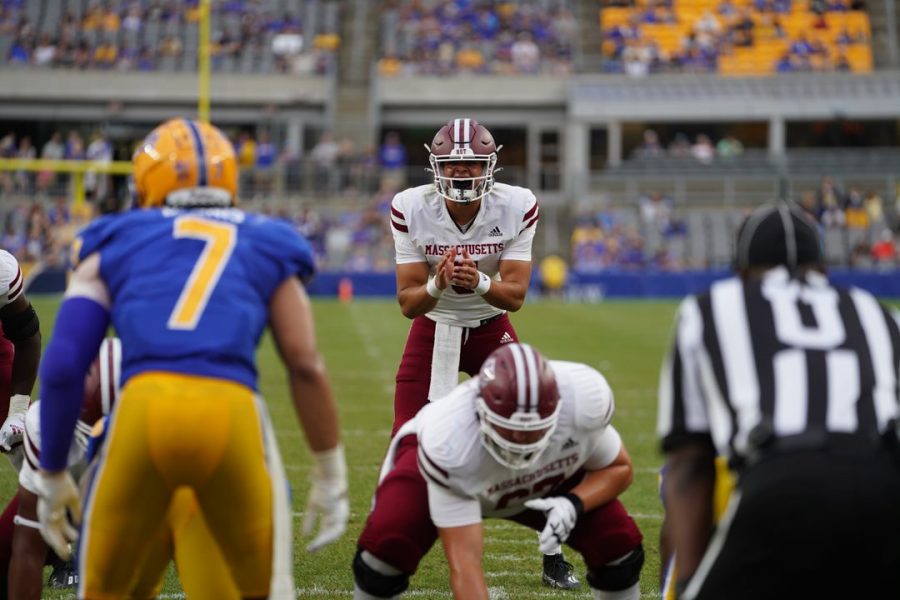 Doug Flutie was the last Boston College quarterback to take the field against UMass in a 34-21 victory over the Massachusetts football team on Nov. 6, 1982.

Eagles (1-0) head coach Jeff Hafley was three years old while it would be another two years before the Minutemen’s (0-1) Walt Bell was even born.

The pair now command their respective teams, though they are in different areas of growth and goal setting. Boston College has a potential first-round pick at quarterback in Phil Jurkovec. After going 6-5 last season, they look to rise into the upper echelon of the ACC in 2021. UMass has not won a game in almost two years and look to start heading in the right direction this season with new Colorado transfer Tyler Lytle at the quarterback spot.

The Eagles rolled through their first game against Colgate, winning 51-0. Zay Flowers — another potential draft pick in their offense — capitalized on a breakout season in 2020 by recording seven catches for 135 yards and a touchdown in the season-opener.

“You got to be smart because two or three times a game they’re going to do whatever they have to do to create play action and give him the chance to get down the field,” Bell said of Flowers. “…We’ve got our work cut out for us.”

Flowers won ACC wide receiver of the week while Jurkovec won co-quarterback of the week honors, throwing for 303 yards and three touchdowns on 16 of 24 passing completions.

“Phil is really strong… he’s very rugged, he’s hard to get on the ground in terms of [getting sacked],” Bell said.

Jurkovec and Flowers make up less than half the likely draft picks for Boston College’s offense, as lineman Tyler Vrabel, Alec Lindstrom and Zion Johnson all look to be selected in the 2022 draft.

Barring any extraordinary turnaround, Bell and the Minutemen do not share the luxury of five potential 2022 draft picks on the offensive side of the ball. The offensive line is vastly inexperienced, allowing Lytle to get sacked five times in their week one loss to Pittsburgh. UMass was also only able to run for 42 yards on 27 attempts, good for an average of 1.6 yards per carry.

“We got to be better up front,” Bell said. “We’re missing a starter at left guard, and it showed a little bit.”

Reggie Marks is the missing left guard who was out with an injury against Pitt. Marks is a junior that started on the offensive line last season and will make a positive impact when he returns, but the youthful offensive line still has much to improve to protect Lytle throughout the duration of a season.

The offensive woes also play an impact on how well the defense can perform over a 60-minute game. UMass was forced into six three-and-outs against the Panthers. Constant three and outs will allow a seasoned Jurkovec to have complete control over a fatigued defense and make the Minutemen’s job even harder.

In his second game calling the plays for UMass, Bell has constructed another game plan to try and make his offense work, even against an ACC opponent such as the Eagles. Taylor Edwards, Bell’s starting tight end believes that his offense will find success on Saturday.

“This is probably one of the most perfect matchup situations for us as a team,” Edwards said of BC. “…We’ve got a great game plan [for what defense they run].”

History has not been on Edwards’ side, but Saturday, September 11 at McGuirk Alumni Stadium him and the rest of Bell’s offense will yet again have the opportunity to prove themselves. The game can be streamed on NESN+ at 3:30 p.m.