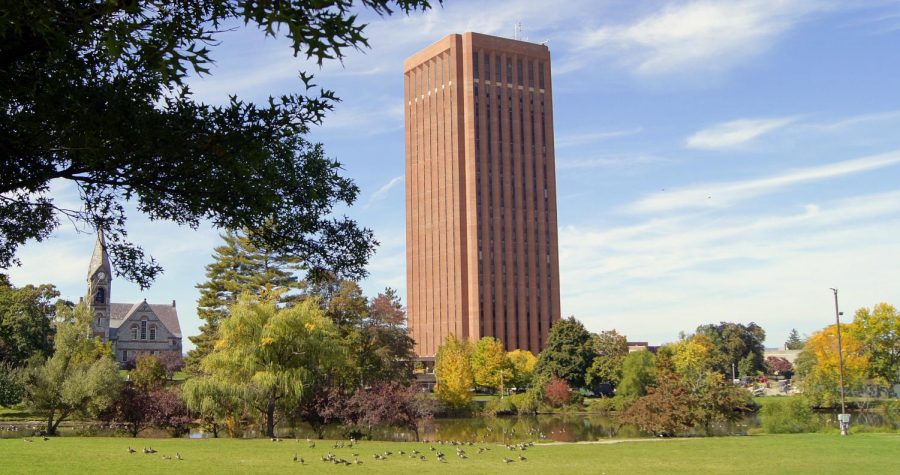 The Young Democratic Socialists of America, a political group with a campus chapter seeking to educate the University of Massachusetts community about democratic socialism, met on Wednesday to discuss ways to enact change through community activism. The group focused their most recent meeting on contacting local representatives to pass a newly proposed reconciliation bill in Congress and discussing workers’ rights amidst the pandemic. The bill plans to assist nurses who are on strike in Worcester.

After brief introductions, the meeting began with an email drive to Rep. Jim McGovern, Amherst’s representative in Congress. Members asked McGovern to publicly refuse to pass the newly drafted bipartisan infrastructure bill — the Infrastructure Investment and Jobs Act — without the passing of a $3.5 trillion reconciliation package. The reconciliation package would be funded by an increase in corporate taxes and would provide paid family leave, support efforts against climate change and fund two years of community college for all Americans.

Last weekend, members of the YDSA joined nurses striking insufficient staffing and poor working conditions at St. Vincent’s hospital in Worcester. The nurses have been on strike for 200 days and the YDSA plans to join them again on Sunday.

“It’ll be fun,” said Tim Fay, a junior social thought and political economy major. As one of the group’s organizers, he plans on driving members to the protest for “karaoke on the picket line” from 3 to 5 p.m.

Fay is focused on educating the UMass community about socialism while fostering an inclusive community. “We have hikes, art nights, music nights and protests all planned for the future,” Fay explained. The group is also planning to protest new pipelines, UMass workers’ rights and the corporate influence that banks and investment firms have on campus.

“We just have to try a new system,” Weiske continued. “Most people can find issues in the current way we do things, so why not advocate to change the whole system?”

According to Fay’s philosophy, socialism would create a society far more democratic and focused on improving humanity overall, not only the lives of the wealthy. He cited climate change, police brutality and wealth disparity as examples of societal issues caused by America being “rooted in capitalism.”

“I got radicalized in the beginning of college,” explained senior sociology major Isabel Levin. “I didn’t understand before that adopting a radical perspective could really help me see what’s going on.”

To Levin, the YDSA was a perfect way to channel her energy and passion for change. “We want to get involved locally, email our representatives and make it fun.”

Lucas Ruud can be reached at [email protected]