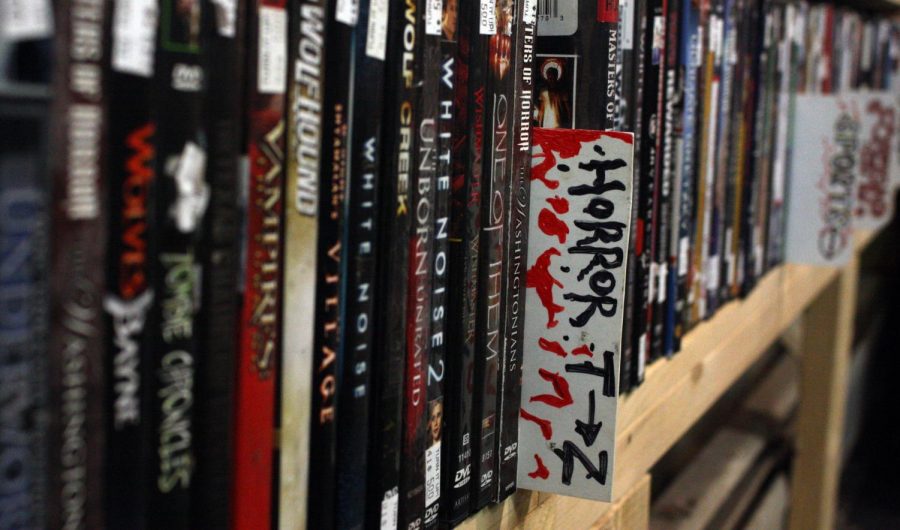 October conjures up specific imagery, like pumpkin spice season, the dread of midterms and the abundance of horror movies and their niche subgenres. The “slasher” genre has never been one I’ve gravitated towards as a Halloween enthusiast. But this Halloween season, I wanted to finally watch the movies that have shaped Halloween tradition.

One of the first movies to pioneer this experimental-turned-classic genre is also the one in dead last. Before my watch, all I knew was that there was a man named Michael Myers who terrorized local lives on Halloween night in his iconic mask. Maybe my expectations were somewhat high, considering the series has spanned decades, but the acting and shooting of this movie will make audiences dizzy and disoriented. I’m not sure if the movie wants to be a high school drama or a suspense movie. At first, I thought I was watching the wrong film because it begins with a first-person perspective of Michael and his initial crimes. I had mixed emotions as the credits rolled, however, I’ve concluded I would not recommend the “Halloween” series.

Jason’s mask is one of the first images that comes to mind when you think of “Friday the 13th.” However, I was surprised to find out this movie doesn’t feature the object at all. Another shock was how bland the characters were, making it very slow to get through when no suspenseful parts are taking place. The “whodunit” trope was interesting at first, but it begins to be tiresome as time moves on. Many movies and shows have refined the sub-genre and location of teens in a summer camp setting since this release in the 1980s. This franchise does have a famous jumpscare, but the novelty doesn’t save it from criticism, meaning it’s the second to last on the list.

“I Know What You Did Last Summer”

“I Know What You Did Last Summer,” which premiered in 1997, is the most recent release on this list. The cinematography emphasizes this with less grainy camera sequences and stunning acting. Each character gives off the impression you could meet them if you live in a small town, which worked extremely well with my personal taste. The movie uses the small-town setting to their advantage, often making the circumstances and connections much stronger. However, this movie suffers from a less-than-stellar villain backstory and reasoning compared to others on this list. I was still confused and trying to figure out how every detail was connected after my watch. The elimination scenes are very effective in letting you know this villain means serious business. This movie is a very enjoyable watch and isn’t afraid to be its own experience.

“The Nightmare on Elm Street”

If you have chronic nightmares or insomnia, this is not the movie for you. Compared to the other films, this one reminds me of the fantastical nature of “Alice in Wonderland” coupled with the terror of a horror movie. The villain, Freddy Kruger, is interesting and unpredictable. Anything can happen in a dream, like using your imagination to wake yourself up or change the landscape. Many of the eliminations and sequences are shocking and unpredictable, which the film uses to its advantage. The only setback of this movie is the ending, which gave me a bittersweet taste in my mouth, though a second watch could change my mind.

One of the most revolutionary horror movies to date is also the one at the top of my list. Each character feels fleshed out, but none more than Sidney, the main character. Sidney is a force to be reckoned with and one many audiences cheer during the movie. With its mixture of characters and general plot, each scene leaves the viewer wondering what will happen next. The reveal of the villains is one of the most iconic scenes, though many are pop culture staples. Even though I knew who Ghostface was going in, the build-up was well-executed. If you choose to watch a slasher film this October, definitely give scream a shot.