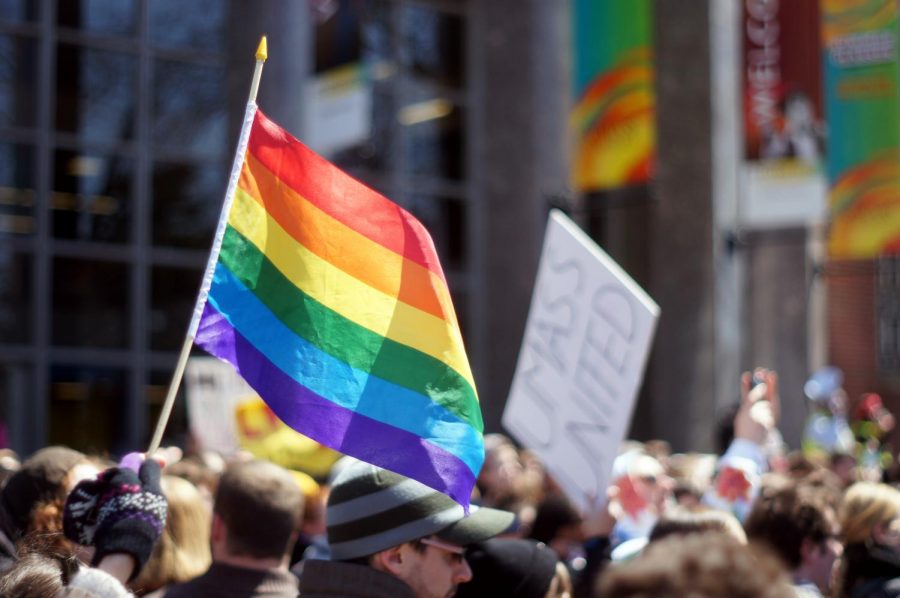 Editor’s note: One student’s last name has been withheld for personal safety reasons.

Whipped coffee, “Tiger King” and baking too much bread are all distant memories from the COVID-19 lockdown. But for many, this time at home allowed them to realize their queer identities with the support of social media.

At the beginning of the pandemic, everyone was at home in lockdown. Without the hustle of work and school, this extra time allowed people to reflect on themselves. For people in the LGBTQ+ community, having more free time on their hands was especially helpful in being able to explore their sexuality and gender identities.

University of Massachusetts junior civil and environmental engineering major, Chris, explains, “Being alone with your own thoughts, it gives people a lot more time to analyze themselves. So, it definitely made me rethink how I wanted to identify. I think that’s when I first started experimenting with my gender.”

In addition to spending time at home, many people turned to social media in order to escape the stress and anxiety of the uncertainty of the virus and to curb their boredom of being stuck in quarantine.

One effect that the rise of social media created during lockdown was the increase of LGBTQ+-friendly online spaces. Platforms like TikTok, Instagram and Facebook allowed people in the queer community to form friendships, learn more about different types of identities and find acceptance both from others and themselves.

UMass student James Kirk, a junior studying communications and Spanish, spoke about the community of other LGBTQ people he found online during lockdown.

“I think a lot of LGBT people have leaned on the internet as a place to find and make community,” Kirk said. “Now I have accepted myself and use it to meet other gay people with other interests that LGBTQ people tend to have. It’s fun to find other people interested in that, online because we are a somewhat small segment of the population.”

Being stuck at home while also being a part of the LGBTQ+ community can create a dangerous environment and make someone feel alone in an already isolating time. Social media played a role in creating those safe spaces for queer people during lockdown. People were able to turn to different virtual events, LGBTQ+-friendly content creators, and even find community and acceptance in the comment sections of queer-related content.

During the 2020-2021 academic year, the Stonewall Center at the University of Massachusetts created different groups, events and social media pages in order to keep their LGBTQ+ students connected. The Stonewall Center held a variety of online social groups during the week such as the LGBTQIA+ Discussion and Support Group, QTPOC Chat and Chill, as well as the Space+ community meet-ups. These groups created a space for LGBTQ+ students to gain support during the pandemic.

The Stonewall Center also kept students engaged by frequently putting on events such as “GAYME” nights, open mic nights and LGBTQ+ trivia nights. These events gave UMass students a welcoming space to meet new people, reconnect with friends and feel a sense of community and belonging amongst their peers.

Social media use during lockdown allowed people in the queer community to not only learn more about themselves but also about other identities within the LGBTQ+ community.

Sophomore linguistics major Winifred Nadua spoke about their experience of how social media helped them learn more about the community.

“I really came into knowing more about queer stuff in general through social media,” they said. “That’s where I discovered the terms I use to describe myself. It’s where I found community and where I really started to come out to myself for the first time was on social media.”

With the support of social media and the time spent at home during the first lockdown, many queer people are celebrating national coming out day for the first time this year.

Corinne Arel can be reached at [email protected] and followed on Twitter @CorinneArel_09.