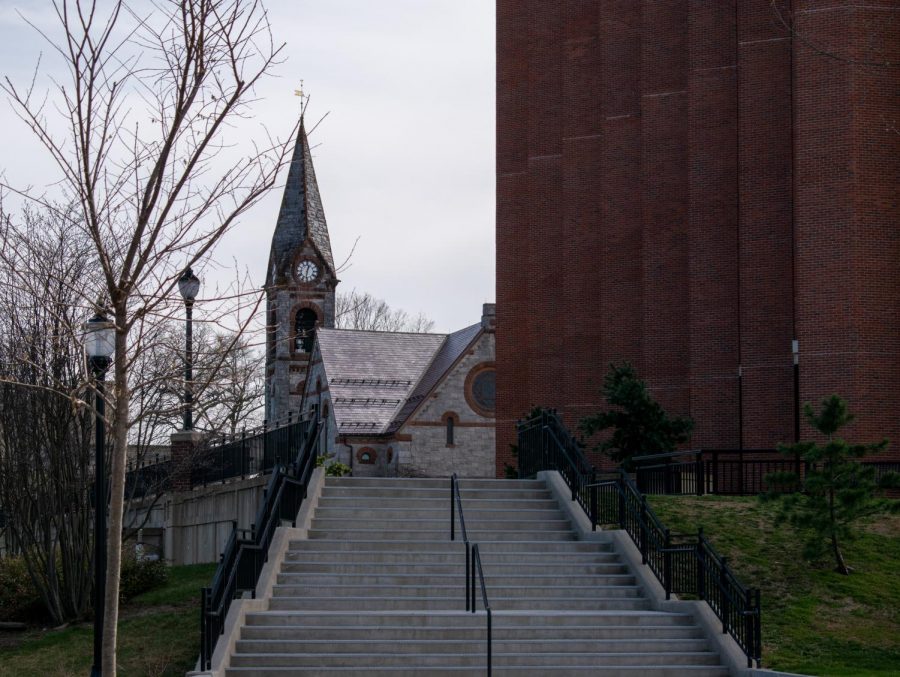 On Thursday, Sept. 30 members of the Five College community gathered at 6 p.m. in the Old Chapel at the University of Massachusetts Amherst to listen as poet and professor Santee Frazier read and discussed his most recent works.

Frazier’s reading was the first event of UMass’ visiting writers series. The series has been held since December 2019, presenting growing and established writers in poetry, fiction and nonfiction for over five decades at UMass. The program is organized in collaboration with the UMass MFA for Poets and Writers and the English department, among other sponsors.

Levi Pulford, a graduate student within the MFA for Poets & Writers, chose to attend the event because he felt “…it is really important to partake in literary citizenship and [be a] part of the literary community and [support] fellow writers and poets that visit.”

Another graduate student within the MFA for Poets & Writers, Shashank Rao, noted that it was a great way to connect with fellow members of the creative writing community.

“It’s nice to see everyone who is in the program and build support,” Rao said.

Jeff Parker, director of the MFA program, began the event by introducing Santee Frazier to the audience. Frazier is a citizen of the Cherokee Nation of Oklahoma and has two collections of poetry — his first, Dark Thirty, was published in 2009, while his second most recent, Aurum, was published by the University of Arizona Press in 2019.

“This ritual of sunrise, of shovel…” Ore Body

As Frazier took the stage, he explained his decision to have his poems projected behind him. While this initially was done to accommodate Zoom events, Frazier explained that it allowed him to preserve the “visual art” of poetry while reading to the crowd.

Frazier reflected on the three distinct aspects that he explores in his writing. Frazier writes poems based on rituals, showcased in his collection Aurum, whereas some poems he finds himself “compelled to write.” Another avenue he seeks to explore is through the recurring character Mangled Creek Bed, the embodiment of Native American struggles and experiences in the Southwestern United States.

“The day begins in blur and racket…” Aubade

Throughout the reading, which included poems, “CHAAC,” “Lode,” “Lactification” and “Half Life,” among many others, Frazier allowed some of his works to speak for themselves, whereas others he spent time dissecting and reflecting on the themes and stories behind their creation.

After reading the poem “Half Life,” Frazier explained how it was developed over a five-year period through which he traveled through America by train. Frazier established a ritual during his travels that guided his writing; At every stop, he would disembark and write just three lines before moving on. On the return journey, he would finish each of the three lines at every corresponding stop.

“[There is] something freeing in taking five years to write a poem,” Frazier said. He noted that in the modern day, there is pressure to “produce, create, create. [This is] actually antithetical to the idea of poetry.”

“[The idea] of allowing yourself to be an artist rather than focusing on producing material. Especially being an artist, there is that pressure to have your first book published by the time you’re thirty,” Pulford said.

“…all I have to offer/ is the sound of road in the inner ear.” Lode

Tristan Prather, a graduate student pursuing a Masters in French, reflected that attending Frazier’s reading resonated with him as someone who enjoys writing in moments of free time. “Seeing writing and hearing it — especially with poetry —  hearing it performed is a really great way of consuming it,” Prather said.

“I’ve been stuck on, for the past hour, how the page continues beyond the boundaries of the actual end of it,” said Dahlia Riddington, freshman English and creative writing major.

“[Frazier] said something along the lines of…the poem is a carving of the actual page. That the page is language, and the poem is just a carving [from that].”

Grace Fiori can be reached at [email protected] and followed on Twitter @grace_fiori.