Dowiak’s key to limiting the stress of an overwhelming schedule 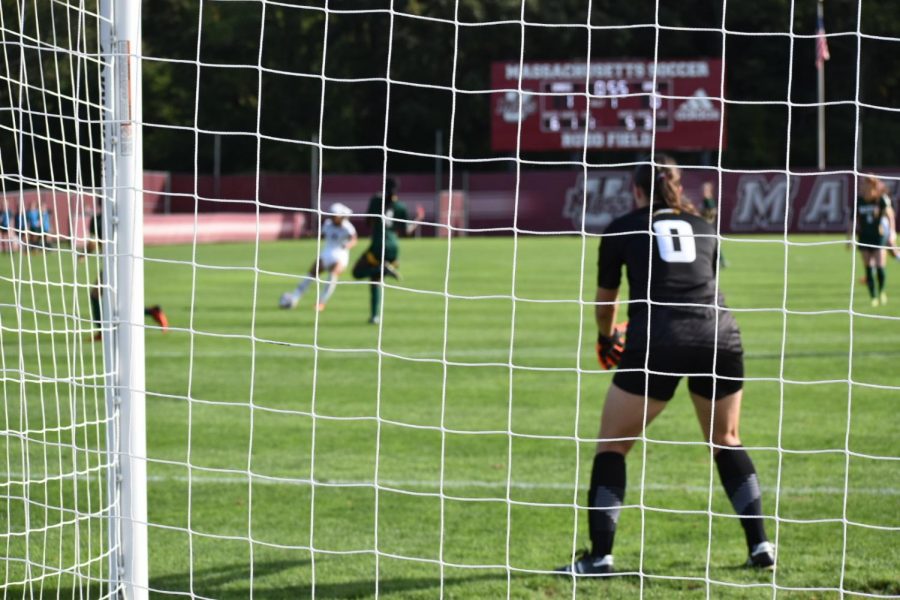 Finally getting under the covers, the moonlight peering through the blinds and onto the sedulous faces of Jason Dowiak and the Massachusetts women’s soccer team, their minds still race with endless thoughts of the tasks and obligations the following day beholds.

The struggles of mental health span across all professions and all stages of life, seemingly affecting everyone at some point or another, but surely those who constantly put their bodies and minds through never-ending challenges.

“The biggest thing we’re trying to do is make [mental health] a normal conversation,” Dowiak said. “It’s good to talk about how you feel. I think being able to express yourself and not feel judged about things that are bothering you is very important for trust building and individual self-confidence.”

During the COVID-19 pandemic, the 2020 regular season was pushed to the spring. Over the course of many months, players were left at home, isolated, and in work environments not typical for a Division I athlete.

At-home workouts consisted of bodyweight movements along with the random equipment that crept its way into the attic over the course of many years.

Meetings were moved to Zoom, where Dowiak and his players sat behind a small square on the screen which hid the mental battles that this prolonged period of isolation created.

“I have definitely had some mental health issues over the last 20 months or so,” Dowiak said. “Trying to manage things with our players and take stress away from them [has] inevitably added stress to me.”

Dr. Nicole Gabana, the sports psychologist on staff at UMass, has provided an outlet for the Minutewomen and Dowiak as someone to talk to outside of the soccer field for support when these issues arise.

“We spend a lot of time training the physical and technical aspects of the game,” Gabana said.

“At this high level, the difference you can see in competitive situations often comes down to how players, teams and coaches are responding to events that happen and a lot of that is the mental component of the game. I think it’s just as important as training the physical [component].”

The Minutewomen’s biggest setback on the pitch this season came directly after a 10-game unbeaten run, stretching through the entire month of September.

Seven minutes into overtime against Virginia Commonwealth, UMass goalkeeper Bella Mendoza parried a shot wide. The ball rolled its way to an unmarked Lana Golob at the back post who was able to tap home the game winner.

A chance at redemption and a step back in the right direction, the Minutewomen flew to Missouri to face Saint Louis the following Sunday. The Billikens sucked the life out of UMass’ players only 14 minutes into the game, taking a 1-0 lead over the Minutewomen. In the 74th  minute, Lyndsey Heckel drilled a penalty and a hole through the hearts of Dowiak and his players.

“We came away from that weekend, as a staff, saying that we need to lift them up,” Dowiak said. “I don’t think there’s been too many times that we’re walking away from a loss angry at [our players]. We’re a part of the wins and losses as a staff and do everything we can to prepare for them and we try to get to the bottom of what led to bad results so that we can address it in the coming weeks.”

The Minutewomen went on to finish the season with two wins, a draw and only one loss in their final four games, securing them a home game in the Atlantic 10 tournament against St. Bonaventure.