“It was a planning failure on UMass’s part” 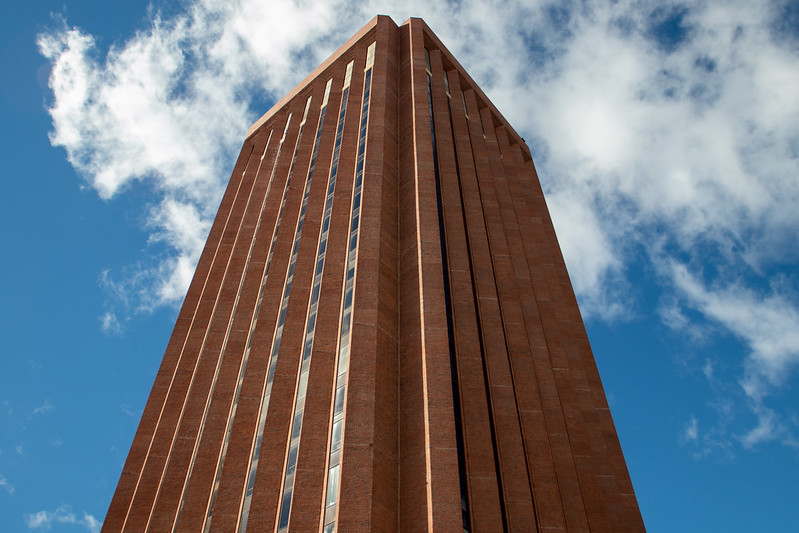 This past summer, the UMass Science Fiction Society was forced to move out of their home in the basement of Campus Center, following the building of the new Student Union. The library space, which was shared with both the Game Hobbyists’ League and the Anime and Manga Club, carried around 10,000 volumes of sci-fi and speculative fiction, 700 volumes of manga and 300 DVDs and blu-rays, which are now being stored in boxes in the basement of Bartlett Hall.

The collection makes up the second-largest science fiction library in New England, and carries several rare and out-of-print books. Before the policy change and the COVID-19 pandemic, they lent out materials to students and other members of the public.

“You can’t go to DuBois and get anything that we carry,” said Amanda Batura, a senior industrial engineering major and webmaster of the Anime Club. “I think it’s a selling point for the University.”

The Student Union management board made the decision not to allow permanent space for any of the aforementioned registered student organizations, and the clubs were officially notified that they had to vacate the room in April 2021. They were unable to prepare for the move in advance due to the COVID-19 pandemic.

“It was a planning failure on UMass’ part and because of that we now have our books in not great condition, waiting for us to figure out a solution,” said UMSFS president Phil Wilkerson, a senior anthropology major.

Over the summer, three boxes of books became water-damaged by a flood in the Campus Center. Club members are still worried about the safety of the delicate paperbacks and comics in the non-temperature-controlled storage in Bartlett.

In a statement, campus spokesperson Mary Dettloff said, “The SGA and representatives from Office of Student Engagement have met with the organization to look at options and opportunities and will continue to do so until a permanent solution is found.”

However, Wilkerson claims that the University didn’t provide UMSFS enough support, even after putting out a petition that gained nearly 4,000 signatures and telling their story to local news outlets.

A solution that both the University and club alumni have suggested was renting space off campus, but members of the club argue that not everyone who wants to would be able to leave campus to visit. The club stresses inclusivity and accessibility, and cannot offer either without a permanent library space.

The 57-year-old Sci-Fi Society is one of the oldest clubs on campus, and has a long history of being a safe space for women and queer people. In the 1960s, they openly promoted LGBTQ+ acceptance and provided a place for female students to circumvent the 8:00 p.m. curfew placed on them by the University.

“We have all sorts of people that come and we want to make sure that the space that we create for them is as accessible and comforting and welcoming as possible, because everyone deserves to feel like they have a community and a place to belong,” Wilkerson said.

While UMSFS’s priority right now is to find safer storage for their books, the three clubs are still working together to find an on-campus library space.

Kami Nguyen can be reached at [email protected]