The perks of a walkable city 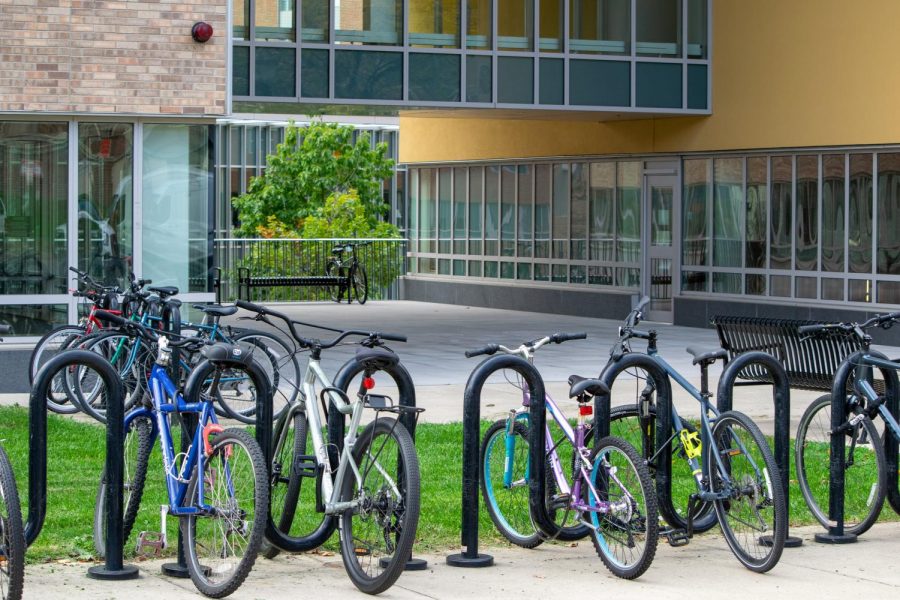 Living on a walkable college campus with a reliable public transport system is an advantage unique to college, especially for students coming from places that require driving to get around. College campuses allow students to work, socialize and learn in close proximity to where they live. Most of America lacks this advantage, forcing people to own a vehicle and commute anywhere they want to go.

The middle class American suburb has been a fixture of American culture for generations. Most suburbs are zoned by city planners with large blocks of residential housing that surround a downtown area, forcing residents to drive their car anywhere and everywhere. Factors like sidewalks, public transportation and proximity to work or school were abandoned in favor of the automobile. The area surrounding the Hampshire Mall in Hadley is a perfect example of a town that requires car ownership. Walking from Salvation Army to Target involves weaving in and out of traffic, yearning for the safety of a sidewalk.

American cities don’t provide people with the ability to escape car-centered town design. Public transportation has never been emphasized in American urban development, and car traffic makes urban areas loud, stinky and dangerous. City bike lanes are useless when American drivers aren’t used to looking out for cyclists, and pedestrians within cities quickly get used to dodging traffic every time they want to walk around.

The problem is that many Americans are so used to living in a suburb or city designed for cars that they fail to see the benefits of city designed on a human scale. Cities like Amsterdam have bike lanes that allow the majority of kids over the age of nine to safely ride their bike to school. European public transport makes the American transportation system look comical. The best example of a walkable community in America is New York City, where outrageous housing prices make this style of living attainable only for the wealthy. Instead, Americans should look to college campuses to understand the perks of living somewhere walkable in close proximity to essential resources.

There are many benefits of living on a college campus. College allows students to live close to people the same age as them, making it far easier to socialize and take advantage of young adulthood. Students living on college campuses also have the advantage of living extremely close to where they work or attend class. Not having to commute with a car to work or school is an asset many people do not fully appreciate until they are forced to commute every day.

People living on a walkable college campus are able to completely ditch cars. This forces people, whether they like it or not, to interact face-to-face. While most people live in places that are difficult to get around, walkable communities allow for people to socialize in passing as they continue on their way. This is a perfect example of what I call ‘passive community building,’ a term I just made up to describe how people build shared identities based on where they live.

My college experience has been completely shaped by random occurrences, considering I spend a majority of my time walking around campus talking to people. I was encouraged to join the Massachusetts Daily Collegian by two girls I met by happenstance one night by the library. I met one of my closest friends at Harvest Market during a blizzard. These interactions happen all the time when you live somewhere where everyone is on foot, a benefit absent from unwalkable communities.

I believe that most people look back on their time living on a college campus fondly because of these reasons. It’s strange to me that the ideal living situation for Americans is a secluded house where a car is required to interact with others. Owning a large suburban home removes people from what actually will bring them happiness: human interaction.

The Southwest Residential Area features dorm rooms reminiscent of affordable housing projects, a style of housing unique to low-income urban communities. Despite the lack of appeal, Southwest is consistently the most popular residential area on campus. As UMass students graduate and choose their corner of America to begin their professional life, they should ditch the car-driven community and embrace the benefits of walkability.

Garrett Jacobsmeier can be reached at [email protected] and followed on Twitter @Gjacobsmeier.