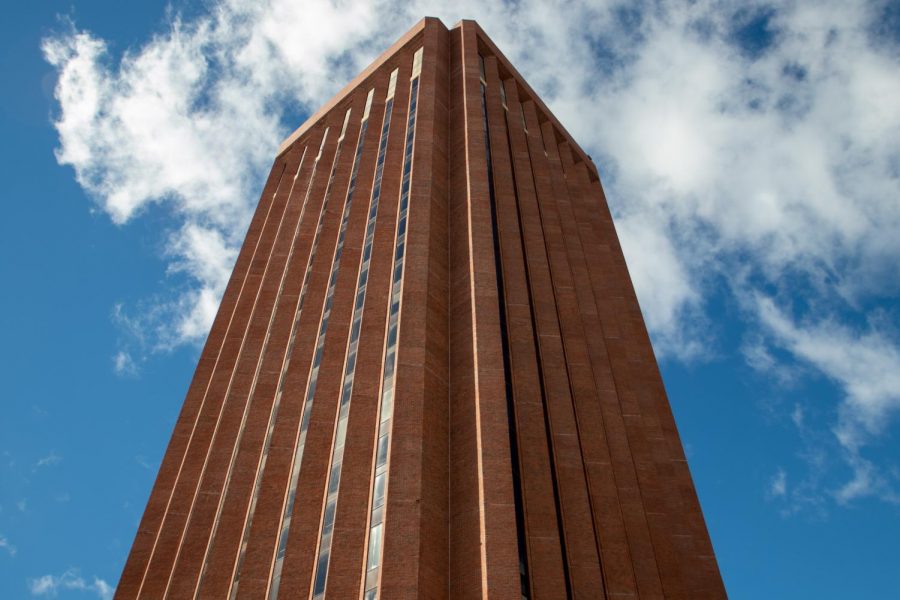 By Kami Nguyen and Lucas Ruud

The University of Massachusetts Student Government Association discussed supporting cultural groups on campus, the University’s proposed changes to the Survivors’ Bill of Rights and the appointment of two new secretaries to the president’s cabinet at Wednesday’s weekly meeting. Controversy arose later in the meeting when it was revealed that the candidate for a treasury position was a member of Theta Chi fraternity.

Secretary of the Registry Shayan Raza spoke about meeting with NAACP representatives to secure more funding for cultural events on campus. Raza is responding to the “NAACP demand to financially support cultural groups on campus.”

SGA Faculty Advisor and Associate Director of Student Leadership and Engagement Lydia Washington presented about campus policing at cultural events. The presentation was in response to several student cultural groups expressing concern regarding a large number of UMass Police Department officers at their events.

“That’s not… inviting,” Washington said. She worked with other administrators to create an “events security matrix,” a set criteria in writing that determines how many police and security members are needed at each event.

Washington wants to avoid “over-policing” at events while making sure that student groups are provided with the security that they need to safely conduct said events.

Chair of the Administrative Affairs Committee Hayden Latimer-Ireland presented on the University’s proposed changes to the Survivors’ Bill of Rights.

Most of the proposed changes revolved around legal issues with Title IX regulations. SGA members expressed concerns with the University making some of the specific language within the bill vaguer.

Ultimately, most of the SBOR remained intact and Latimer-Ireland and other SGA members plan to continue conversations with UMass administration to ensure that the SBOR is passed to its fullest extent in early December.

“Your first parking ticket can get revoked for free,” Antinori said. Any student that received a parking ticket from the University for the first time does not need to appeal the ticket and can simply contact Parking Services to get the parking ticket revoked.

Additionally, Antinori worked with King to secure two-hour parking passes for the parking garage to give away to students with information on Parking Services, as well as 10 “get out of jail free tickets” that can be used to negate a parking citation. These items are planned to be raffled away at a food drive this fall.

A motion was added to appoint Garrett Hirsch, a junior finance and managerial economics major to Treasurer as an Undersecretary to Secretary Andy Rivas De Paz. Senators voted against his appointment after finding out that he was a brother of Theta Chi during questions. This was due to a majority of senators abstaining to vote.

After several recesses, they concluded that Hirsch’s outside affiliations could not affect their votes. The first vote was recalled and Hirsch’s appointment was eventually approved.