A look back at Childish Gambino’s first album 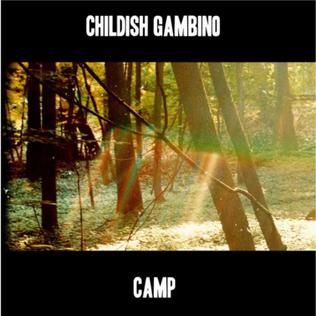 On Nov. 15, 2011, Childish Gambino (also known as Donald Glover) dropped his first official studio album, “Camp.” This indicated an official shift away from his original career in the realm of comedy and television. After years of acting, Glover was now officially signed to a record label. Despite being met with mixed reviews at the time of its release, 10 years later, “Camp” still holds its own.

The album itself is a conceptual album. “Camp” tells a story about a kid and his experience at summer camp, hence its title. In my opinion, this is one of Gambino’s best albums. Listening all the way through, it’s clear why Gambino juxtaposes overly confident and “hype” rap beats with emotional songs with string leads. The overconfident Gambino persona is revealed to be entirely fake as he admits he struggles with his personality and identity. From the moment he stepped into the rap game, this vulnerability is part of why he stood out from the crowd so much. His first couple songs were released on the internet for free, causing people to question if he was serious about music, especially since he was seen purely as a comedian and nothing more. He had to assert himself, and that’s what he does in “Camp.”

Songs like “Bonfire” and “You See Me” are aligned more with mainstream rap songs because that’s what Gambino was told to be. Almost all the lyrics are hyperbole, as he’s dissecting the genre of rap itself. Gambino knows that he is criticized in the music industry, addressing his critics with lines like “Pitchfork only like rappers who crazy or hood, man,” on “All the Shine.” Gambino predicted correctly with this line as Pitchfork gave “Camp” a 1.6 on a 10-point scale. He knew even before the album was released that it wouldn’t be accepted by the public. And yet, Gambino went on with the release.

On “Camp,” Gambino’s songs are jammed packed with pop culture references, homages to previous artists and more. For example, in “That Power”, the line “Uncool. but lyrically I’m a stone-cold killer, so it’s 400 Blows to this Truffaut,” 400 Blows is a French film, directed by Truffaut. Every one of the songs on “Camp” has lines like this and that is part of Gambino’s appeal.

“Camp” is probably one of my all-time favorite albums. It feels like everything all in one and its lyrics are more impactful than I ever thought lyrics could be. The production is a 10 out of 10. Glover’s production partner, Ludwig Goransson, has gone on to be one of the best and most well-known composers of the past decade. His talent was evident when he balanced contrasting elements like strong drums against softer instruments like windchimes, doing it flawlessly. The production combines gospel music and hip-hop beats making for strong instrumentals. You could listen to this album without really listening to the lyrics and still enjoy yourself. But beneath these incredible instrumentals Glover hides extremely vulnerable lyrics, which keep me coming back to this album year after year.

Childish Gambino has continued to be an extremely influential artist across music, movies, and television. His hit single, “This is America,” and its music video reflecting the state of America completely shocked the world, and his recent project, HBO’s “Atlanta,” has won five primetime Emmys.

“Camp” was Gambino’s first album, and it has its own sense of individuality. Gambino knows he’s different. Gambino’s purpose in his music is to make people feel and to make people know that they’re not alone. The songs on “Camp” tell a story: Donald Glover’s story, and no one else. The mixed reviews and low ratings were undeserved, “Camp” is unapologetically itself, as all music should be.

Shannon Moore can be reached at [email protected]