Don Brown hired as next football coach for UMass

Brown previously coached the Minutemen from 2004-2008 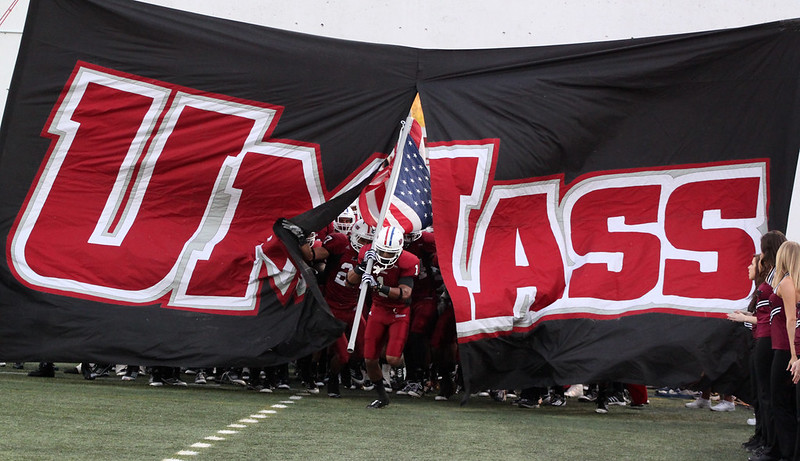 Don Brown will be the next head football coach at the University of Massachusetts Amherst, with the school making it official Monday morning.

The 66-year old will serve his second stint as head coach at UMass, the first of which was from 2004-2008. In those five seasons Brown had a record of 43-19 with the Minutemen in the Football Championship Subdivision (FCS). He was also a defensive coordinator in Amherst the year they won the FCS national championship in 1998.

Brown is currently serving his first season as the defensive coordinator at Arizona after previous stops at Michigan, Boston College, UConn and Maryland in the same role.

This will be the fourth head coach for UMass since they joined the Football Bowl Subdivision (FBS) in 2012. Charley Molnar, Mark Whipple and most recently Walt Bell are the former three, with Alex Miller is currently serving as an interim head coach. The Minutemen’s combined record since 2012 is 20-91 (.180), the second worst in the nation during that time span.

Brown will become the first UMass head coach that specializes on the defensive side of the ball since the move up to FBS in 2012. He comes in with recognition as a highly regarded assistant. He is a five-time nominee and one-time finalist of the Broyles Award, which recognizes the top assistant college football coach in the country annually. His nominations came at Boston College and Michigan, the latter being where he was a finalist in 2016.

Brown is a Spencer, Massachusetts native who has coaching experience at seven different universities around New England before becoming the coach at Amherst in 2004, most notably as a head coach at Northeastern from 2000-2003, where he helped the Huskies to a 37-20 record in his time there. Northeastern did not have a winning record after he left, combining for a 20-37 record over the next six seasons before the university scrapped the football team from its program.

Jeff Howe, a writer for The Athletic and Daily Collegian Alumni, reported that “Arizona attempted to keep Brown with a two-year contract that would have made him the Pac-12’s highest-paid assistant coach, according to a source.”

Brown coached multiple defenses that finished No. 1 in total yards given up at at Boston College and Michigan.