The career life of a computer science pioneer 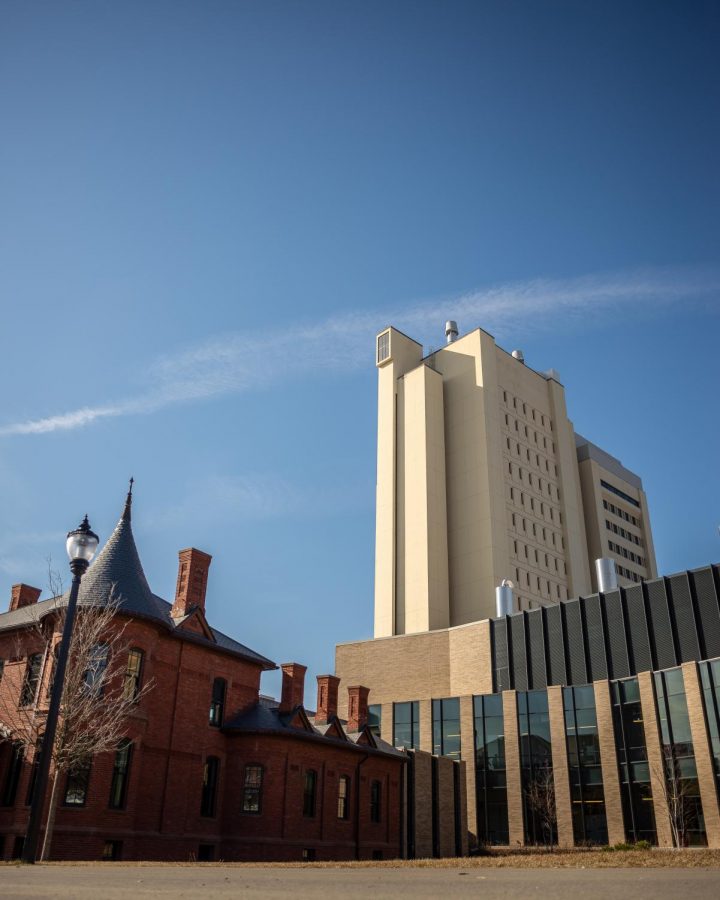 The internet today is arguably a central and indispensable element of our everyday lives. We use it in our work and during our free time—and for a multitude of reasons. Maintaining a fast, reliable and scalable internet is therefore a critical task.

That is exactly what Professor Ramesh Sitaraman—of the Robert and Donna Manning College of Information and Computer Science at the University of Massachusetts—is doing. For over two decades, he has made significant, practical contributions to the performance of the internet. Sitaraman is the director of the Laboratory for Internet-scale Distributed Systems at UMass, the founding director of the informatics program at CICS and a key player in the development of content delivery network (CDN).

Sitaraman joined the UMass faculty in 1993, after completing his Ph.D. in computer science from Princeton University. Later, Sitaraman left academia for some time to join a team of colleagues based in Cambridge, MA, and help build Akamai network, the world’s first major CDN.

“The internet was just growing in importance at the same time that we were building the science for making it more reliable and making it higher performing,” Sitaraman said.

The underlying idea behind CDN is to distribute internet content to multiple, geographically distant servers to allow for faster delivery of content. The location of these servers is chosen such as to be near where users of the content are located.

To draw an analogy, imagine shopping from an online store. In order for purchases to arrive more quickly, that store can make use of having a warehouse located closer and containing the items purchased.

Similarly, the store can have multiple warehouses spread all over the country (or world), ensuring its products are available within convenient distance from its base of customers. On top of that, the store also needs to be strategic when it comes to delivering its products, perhaps avoiding traffic congestion and rerouting to faster routes.

This whole process is broadly what CDNs do behind the scenes. According to Sitaraman, the concept of CDN is like orchestrating traffic flow on a massive road system. The purpose is faster more reliable delivery of content. CDNs deliver much of the internet content, including videos, applications and online services. Their role is integral to the functioning of the internet.

One particular use of CDNs comes into view when streaming online video content. The challenge is to ensure high-quality, uninterrupted video streaming. Sitaraman and his team at LiDS Lab developed algorithms to help in that, which are now deployed in many streaming services—Amazon Prime Video for example, Sitaraman said.

When a video is not loading properly, this poses a consequential problem for content providers. In one first of its kind study, Sitaraman established empirical evidence on the causal relationship between video-streaming quality and viewers’ behavior.

“We noticed that people don’t wait for more than two seconds before they abandon the video,” Sitaraman said. More interestingly, viewers’ patience depends on their expectation of speed. “If you expect fast speed, you’re less patient,” Sitaraman said.

According to the study, users on broadband connection (typically faster internet) abandon sooner, while those on mobile devices internet are more patient. Moreover, the study found that if a video fails to play, the user is less likely to return to the content provider’s website within a specified time period.

“Those kinds of things seem possible, but we were able to show that scientifically,” Sitaraman said.

Sitaraman also recognizes sustainability as a critical challenge to the internet, and is focusing on ways to make the internet more sustainable. “The internet takes more energy than mid-size countries in terms of how much energy it consumes,” Sitaraman said.

A prolific researcher, Sitaraman is big proponent of “curiosity-driven” research. “As scientists, we should really be a lot more curiosity-driven rather than practice-driven,” Sitaraman said. “A lot of the things we do in research [are] based on intellectual-interest. It’s hard to predict which one of those things will be the next big thing.”

Sitaraman added that when he chose to major in computer science, it was almost because of pure interest and liking. “It was the combination of liking math and science and the elegance of algorithms,” Sitaraman said, that led him to computer science.

Aside from research, Sitaraman is fond of teaching, and says it is one of the big reasons why he came back to academia. He teaches algorithms at both the undergraduate and graduate level. One main mission for Sitaraman has been teaching people to think algorithmically. “When the light bulb goes off and people understand how to think algorithmically that’s really when I get the most satisfaction.”

Outside academia, Sitaraman enjoys traveling, the outdoors and Indian classical music. Even though most of his reading time is to keep up with scientific literature, Sitaraman likes the classic Sanskrit epic “Mahabharata,” and has read it several times.

Sitaraman believes it is important that students aim for a broad education during their undergraduate career. “Students should get broadly educated rather than narrowly educated,” Sitaraman said. Students can always narrow their focus in graduate school, he added.

Additionally, Sitaraman encourages students to utilize their undergraduate time sampling different types of things and seeing what they like best. “Being an undergraduate, I think, is the best time to sample,” Sitaraman said. “Try out as many things, go outside of your comfort zone, and try something you may or may not like. And surprisingly you might like it.”

Mustafa Almutawa can be reached at [email protected] followed on Twitter @safiookarim.