UMass must do more to support targeted victims when incidents occur 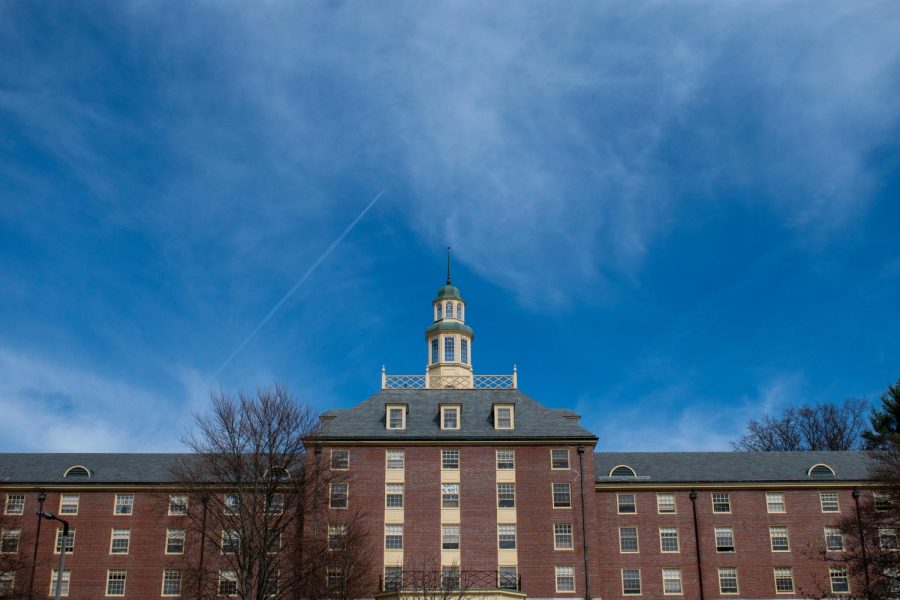 At the end of September, a hate incident took place at Van Meter residence hall at the University of Massachusetts. There was a homophobic slur and threatening message scratched into the door of a student’s dorm. The UMass Police Department is investigating the incident, and the students involved indicated they did not feel concerned for their safety. Hate incidents and crimes on college campuses are unfortunately commonplace, with no sign of a slowdown. In 2016 alone, over 1,000 hate crimes were reported on college campuses and this number has been steadily rising since 2011.

UMass does not buck this trend. Since September 2018, there have been 42 reported instances of graffiti, vandalism or mass incidents of bias or hate at the university. This is excluding the multitude of occurrences of verbal abuse or offensive comments reported to the university. This latest hate incident in Van Meter is another difficult event in a trend that can’t seem to be changed.

Despite the litany of hate crimes on campus over the years, UMass and its corresponding associations continue to do little to support the victims and surrounding community. The latest incident in Van Meter is no different. The incident was reported to UMPD on Sept. 30, but was reported to students living in Van Meter a week later. This allowed too much time for rumors to flare and students to wonder if they too would be threatened. The hall hosted a “Community Space for Dialogue” for students to come and discuss the incident and emotional support. While this effort can be commended, it unfortunately does not do enough to address the issue.

The discussion forum was only attended by 25-30 students, and according to a student who attended the forum, it mainly consisted of LGBTQ+ residents. While these students were most affected by the hate incident and deserve emotional support, they are not the ones that need to hear that transphobic incidents are not tolerated. They are not the ones that are committing hate crimes every year at UMass.

The university might also think that they should increase security to crackdown on hate crimes. For instance, they could install more security cameras. I believe this thinking is counterintuitive since security cameras will eventually violate students’ privacy within residence halls. The university also installed over 300 new cameras in 2006; there’s only so many cameras they can add.

Unfortunately, it is impossible to completely stop hate crimes. The university needs to focus on providing better and more comprehensive support not only for LGBTQ+ students, while at the same time educating and informing the cisgender population. Despite our campus community being diverse, a large portion of the students come from hometowns where they may not have interacted with or known anyone who is LGBTQ+. Our central thoughts and unconscious biases are formed in part by the community we are surrounded by as we grow up; people might have an implicit bias that is prejudiced against a certain group, but could be lessened if they were exposed to and interacted with the group more.

The university needs to do a better job of increasing diversity while educating the campus community on bias and the LGBTQ+ community. Perhaps students could take a class before they enter the university. They should also starts sending out Campus Climate surveys more often so they can get a better understanding of the community. If we work together as a unified community, with added support from the administration, we will be able to buck the trend and stop hate incidents.

Luke Halpern can be reached at [email protected] and followed on Twitter @lukehalpern.