‘Avatar’ has a racist agenda hidden in plain sight 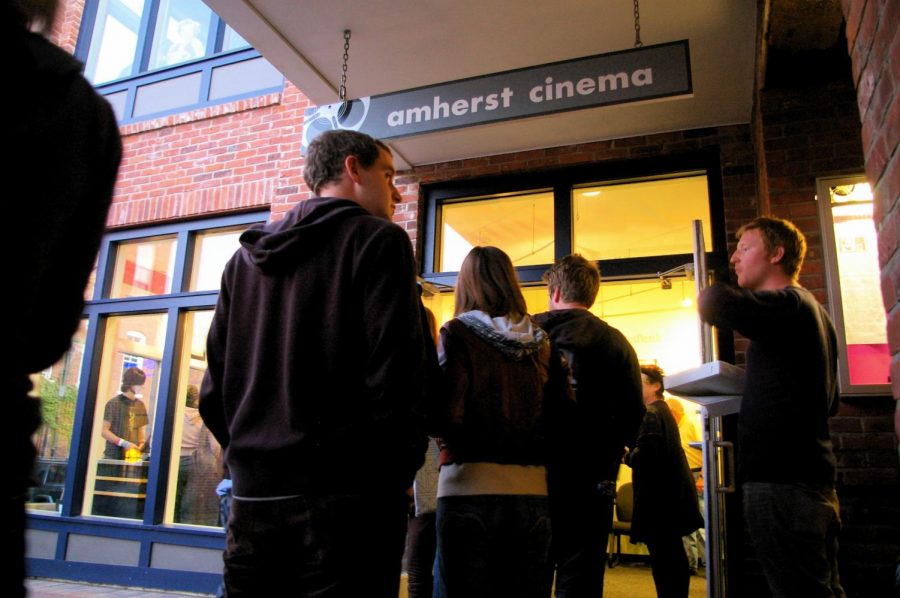 Winning three Academy Awards, two Golden Globes and named the second-highest grossing movie of all time, James Cameron’s “Avatar” was the biggest film of 2009, despite its racist undertones. Its impressive use of CGI technology and well-written storyline cloud its viewers’ perception of the film. Through groundbreaking technology and picturesque landscapes, the film successfully disguises its derogatory themes.

Set in the year 2154 on a fictional moon named Pandora, the film revolves around a mission by the United States Armed Forces to mine a precious resource Earth desperately needs. Ex-military personnel bombard this land, guns ablaze and ready to conquer a world that posed no threat to Earth. Much like the story of Pandora’s box, the armed forces are a foolish interference in an already perfect world. Inevitably, the mission complicates and spins out of control.

Home to the Na’vi people, Pandora is a lush, green and flowery forest that harbors creatures of all kinds. The Na’vi live in perfect harmony with every species that inhabits the moon, mirroring Indigenous peoples. This world, however, does not possess atmospheric qualities that are safe to humans and as a result, every Earth-bound creature enters Pandora as an avatar; organically grown Na’vi lookalikes. Once in this form, humans live, breathe, feel and taste just like Pandora’s native race, a quality that appeals greatly to our protagonist, Jake Sully.

Sully, a paraplegic recruited for the siege on Pandora after the death of his twin brother, is the only viable option for his brother’s already grown organic Na’vi body. As compensation for this mission, Sully would receive a life-altering surgery that will restore functionality to his legs. The guarantee of living life as a Na’vi and staying unharmed as a human poses a great opportunity to him, and Sully chooses to accept, unknowingly contributing to the already unneeded interference on Pandora.

Once humans descend on Pandora, Cameron’s film takes a turn for the worse. Behind the picture-perfect landscape that we’re immersed in, there is a sickening message that rings throughout the entirety of the film. The Na’vi, with their braided hair and culture centered around living off the land, are clearly based off indigenous cultures with every passing minute of the film’s runtime. Their view of Sully and the other humans as saviors pushes the agenda that they need the Americans’ help and resources to survive. This “White Messiah” trope continues throughout the plot, as the Na’vi, a species thought to be self-sufficient and strong, grow weaker and weaker. They lose all sense of morals as the Americans bring out the worst in them. Neytiri, a Na’vi female who is introduced to the audience as a skilled and dangerous hunter, uncharacteristically falls in love with Sully, becoming a more feminized version of herself; easier to digest.

Tsu’tey, the best warrior of all the Na’vi, implied to be level-headed and just, transforms into a violent and animalistic version of his species. These sudden changes in the Na’vi characters, although justified to some viewers, is a nauseating display of how these characters are simply used to move the imperialist agenda forward. Their ability to bend and break at the will of the white man reinforces the film’s racist undertones.

To no surprise, many of the Na’vi, including the four main characters, are all portrayed by non-white actors and actresses. Their voices, accents, actions and mannerisms visualized through motion-capture technology further reinforces the idea that the Na’vi are based on people of color. Despite being the residents of Pandora, the Na’vi only exist to further the plot that is central to the white humans within this film. Their backstories are never truly explained, and they don’t seem to have many positive characteristics.

For a species that is extremely protective of their homeland and their culture, they welcome Sully into their tribe with open arms as he comes to terms with the fact that he is part of a colonial coup. Sully’s desire to cease to be white is strong in this film, as he portrays the holier-than-thou persona frequently. His interactions with other earthbound characters within the film radiate pretentiousness, yet we, as viewers, have no choice but to side with him. Cameron reminds us time and time again that he is the naive, disenfranchised white man. We have to take his side, as his life is already hard enough.

Does this make James Cameron racist? Not necessarily. Cameron did not make any of these casting, storyline or directing decisions on his own. After viewing this film there is much to say about Hollywood as well. Films do well for many reasons, but action-packed science-fiction films do well for one reason; and this is the fact that audiences need someone to connect with. Films set in faraway and strange lands need a grounding force for its audiences to truly take in the genre.

Watching a film such as “Avatar” without understanding the protagonist’s motives turns the idea of watching any film into a pointless activity. The idea of concluding “Avatar” with a Na’vi as the ‘last man standing’ is too bold and too brash. There is no satisfaction at watching the “blue people” win, because that signifies a reality that humans are too far from saving. There is no sense of peace or a happy ending when an alien race survives, leaving our species in the dust.

These racist and imperialist undertones (while not glaring on first watch) do genuinely exist in what some have called Cameron’s magnum opus. White privilege lingers through the entire plot, as the Na’vi seem so minuscule and small-minded when compared to the humans. One can only imagine what Cameron will try to attempt in any of his four planned sequels, but we can hope that it doesn’t feel as racially motivated as the original.

Ashviny Kaur can be reached at [email protected]