Swim and Dive: Minutemen and Minutewomen both take third at the Tate Ramsden Invitational 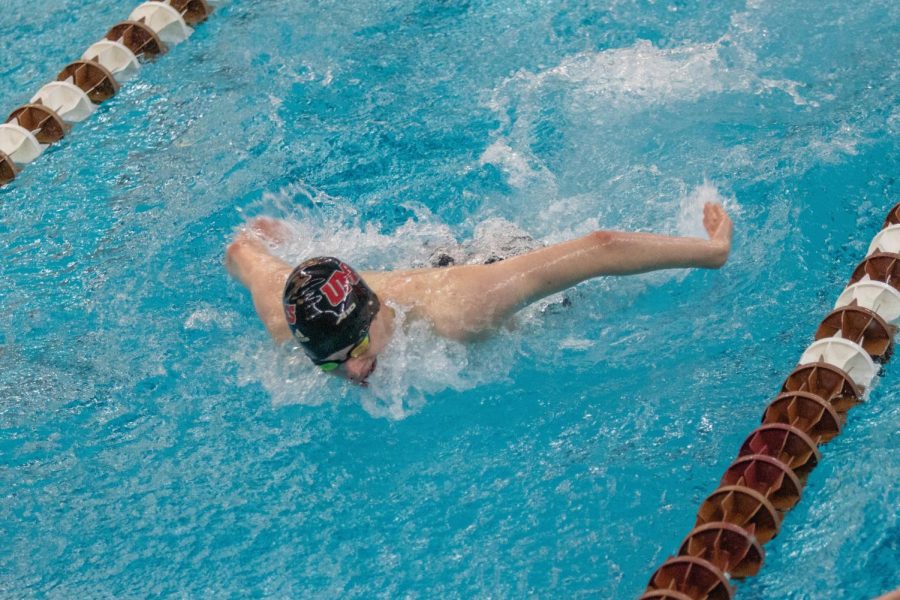 By Corinne Arel and Marco Lopez

The Massachusetts swimming and diving teams both lost at the Tate Ramsden Invitational at Dartmouth College over the weekend. The host team the Big Green defeated both the Minutemen and Minutewomen, 232-91 and 215-102, respectively. The Northeastern women also participated in the invitational, with the Huskies defeating the Minutewomen 222.50-104.50.

“I think Anna Kwon really showed up and proved that she as a freshman really is important for us…she was second in the 200 fly this afternoon, 3rd in the 500 yesterday,” head coach Sean Clark said. “Really showed up when we needed her.”

There were other strong performances on the women’s team as well. Senior Mia Flagiello finished in first place in the women’s 100-yard breaststroke with a time of 1:07.69. Sophomore Bri Williams was the top performer for the Minutewomen in the backstroke events, finishing fourth in the 100-yard backstroke and fifth in the 200 yard backstroke.

“I think [who] impressed me on the women’s side was Bri Williams, sophomore backstroker, she was our top performer in the 100 back and 200 back this weekend,” Clark said. “I really like the way she’s shaping up as we round the corner to the finish.”

“Wilson really powered through all of his events and scored a bunch of points and really put up some quality times,” Clark said.

The Minutemen also had strong finishes in several of the relays. In the 200-yard freestyle relay, Charlie Rothenberger, Juan Montori, Grant Beebe and Beau Bengston, placed second place with a swim of 1:25.24.

Other notable swims from the Minutemen this weekend include junior Jamie MacDonald placing first in the 200-yard butterfly swimming a 1:55.08. Sophomore Eric Eastman finished second with a time of 4:14.83 in the 400-yard individual medley. Placing second, sophomore Karl Borg, swam a 2:13.66 in the 200-yard breaststroke.

Both teams were grateful for the opportunity to swim in the invitational at Dartmouth and happy to keep the tradition between the two schools alive, with this being the fourth annual Tate Ramsden Invitational. The invitational was held in honor of Dartmouth swimmer Tate Ramsden, who died in 2015.

“I think it’s important that teams rally around each other for important events and remembrances, they have a special occasion to honor one of their fallen swimmers,” Clark said. “I really think it’s been a wonderful event and we hope to continue it in the future.”

The UMass swim and dive teams will take the pool again on January 29 when they visit Fordham for their final meet of the season.