From scary depictions to strange choices, these mascots stick out on college campuses 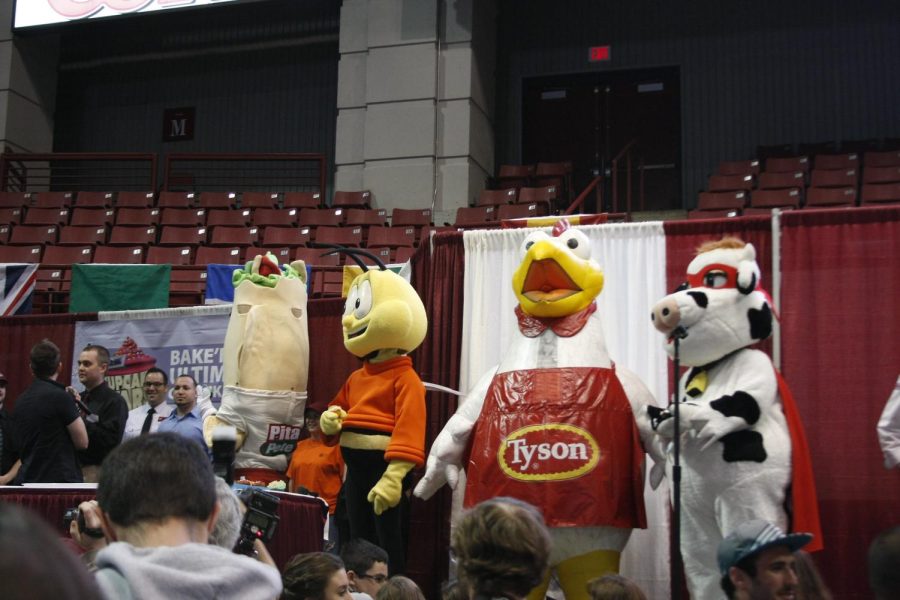 Mascots carry a certain aura on college campuses. Whether they are taking pictures with students, standing on the field or in the stands rooting on sports teams, or strolling around campus during the day, there is something special about seeing a mascot. It can provide a sense of school spirit at universities across the nation.

But this doesn’t mean every mascot is the same. While there are some classic names and logos like the Georgia Bulldogs and Florida Gators, some are a bit more unconventional. And now it’s time to shine a light on a few of the mascots that stand out to me, for better or worse.

I’ll be honest, the Providence Friar still scares me at 21 years old.

His face is flat out creepy; It’s the kind of thing that could haunt people’s dreams. I give credit to any young child with the guts to take a picture with the Friar at a basketball game because I would not be brave enough. The Friar is a random choice for a mascot to begin with —though not as random as some of the others I will mention— but having him be so terrifying to the eye does not serve much of a purpose in my opinion — maybe Providence thinks the Friar will scare opposing teams into playing poorly?

Most confusing choice for a mascot: Syracuse Orange

Yes, an orange is exactly what Syracuse decided on for a mascot. I personally am not a fan of the Orange, but I know others love it. I’ll give it credit for being a much cuter and more kid-friendly mascot than the Friar, but I have absolutely no idea why the university decided on a fruit to represent its school. I mean, it’s not like oranges are famously grown in upstate New York.

“What are those?” award: Georgetown Hoyas and Kent State Golden Flashes

My brother graduated from Kent State and even he doesn’t know what a Golden Flash is. When I asked him about the mascot, he said, “It’s a yellow bird named flash, but I don’t know why.” I think that speaks volumes to the obscurity of calling a school the Golden Flashes.

And Georgetown isn’t doing much better. That school is frequently heckled by opposing fans chanting “what’s a Hoya?” at them during sporting events. And I can’t blame them because I had to look up what a Hoya is myself, and I was even more confused when I did. Apparently, Hoya means “what” in Greek, which is ironic considering nobody seems to know “what” it is. I’m all for mascots shaped by a college’s history but it would probably be better to pick a less confusing name in the future.

Should be an official mascot: Dartmouth Keg

Keggy the Keg is a beloved mascot figure at Dartmouth and beyond, but he won’t likely ever be an official mascot for Dartmouth and that is a shame. This is especially since Dartmouth’s real mascot, the Big Green, is absolutely terrible.

I don’t know who came up with the idea of naming a mascot after a color and nothing else, but I think that’s such a lame idea. If Dartmouth really wanted to have green colors so bad, they could have had their mascot be anything green (except for Trees because that’s also a dumb mascot and Stanford should be ashamed of it, too). Seriously, though, the Dartmouth Grasshoppers would have been much more enjoyable than Big Green, so Keggy the Keg might not be the official mascot of the Ivy League school, but it is the mascot in the hearts of college students.

A category of their own: UC Santa Cruz Banana Slugs and RISD Nads

Okay, these two are just so indescribably weird for different reasons.

The banana slug mascot at UC Santa Cruz is actually kind of funny and I can totally get behind it as a college mascot. It’s unique, that’s for sure, but it’s still a banana slug. But the Rhode Island School of Design on the other hand? They are just wild for this.

Everything about the Nads is set up to be a joke. The mascot’s official name is Scrotie, fans get to chant “Go Nads!” when they please, and some of the merchandise also leans into the inappropriate innuendos. A bold mascot choice to say the least, but it earned them recognition on my random superlative list.