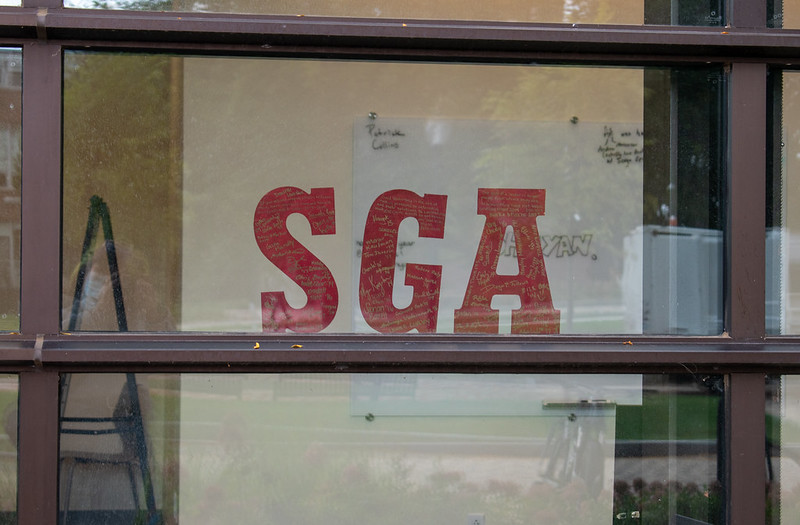 According to the motion, the fee would be increased by 7.26 percent, or $18—a rise in the cost of attendance for in-state students of 0.06 percent, and 0.03 percent increase for out-of-state and international students.

This would bring the total fee to $266 per undergraduate student. The motion states that the increase would “generate an additional $400,500 in revenue in order to better financially support Agencies and RSOs.”

“If we were to allow an outside body administration or outside donors to enhance this fund, they would be expected to have some kind of responsibility and influence over these funds, which is just a violation of what we see, as [what] Student Government Association sees, as our mission to act on behalf of the students,” Chair of SGA Ways and Means Committee John Dacey said.

“Since our fee is entirely paid for by student funds, that means that students have entire responsibility and influence over these funds,”  Dacey added.

“Ways and Means gets a pie, Ways and Means cuts up the pie, Senate decides how big the pie is,” Dacey explained, using phrasing from the previous increase request from nearly three years ago.

Dacey explained that $100 of the $248 fee is “earmarked for long term costs of the Student Union renovation.” This leaves $148, which is “solely earmarked for the budgeting process that our RSOs and Agencies adhere to.”

This increase required student consultation, per SGA rules. “We saw a lot of comments that students may not be grasping what the SATF really is,” Dacey explained. “It’s not funding anything related to housing, dining, your professor’s payroll, athletics, administrative payroll, most construction projects that exclude [the Student Union].”

Spending is expected to increase due to a minimum wage increase from $12.00 in Fall 2019 to $14.25 in Fall 2022. Dacey explained that “in FY23, Ways and Means is funding Undergraduate Student Payroll positions at around $1 million across 12 agencies plus SGA.” That comes to about one-third of all agency-requested funds. Dacey also cited inflation increases as a reason for an SATF increase.

Dacey was joined in support by Ian Harvey, chairman of the finance subcommittee. “I am currently drafting a letter that includes other forms of remedial measures that we’re going to take to lighten the burden of the problems we’re having,” Harvey said. He mentioned measures such as increased purchasing scrutiny and RSO audits.

Students brought up concerns around the lack of student consultation and the unknown of fee increases in the future. Some offered the idea of a ballot referendum to balance out the deficit, an idea that Dacey believed would cost nearly $100 extra per student and was misguided due to the changing nature of COVID-19.

The motion was passed.