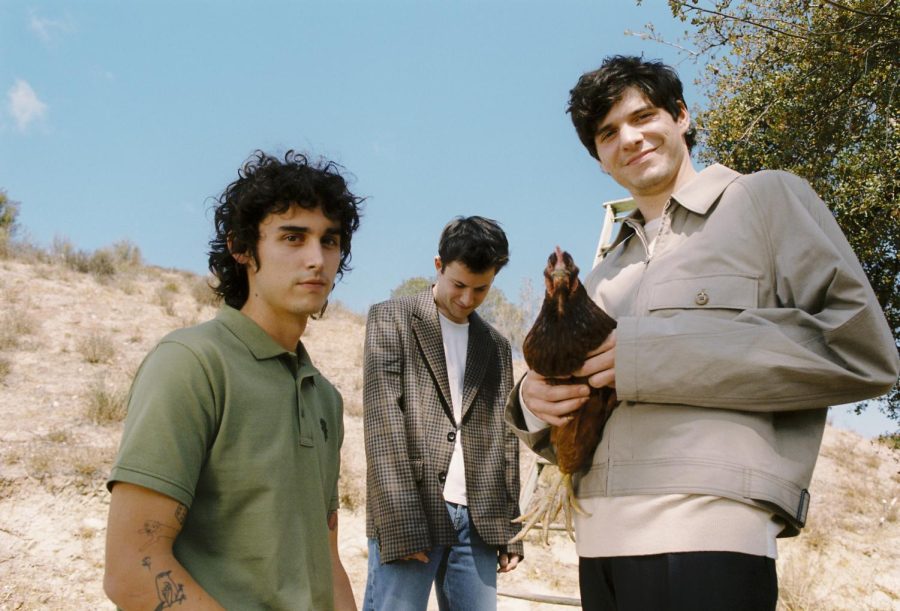 On Thursday, Wallows announced a new single and music video “Especially You” alongside tour details, the track list and release date for their new album, “Tell Me That It’s Over.”

March seems to be the month for Wallows.

The indie alt-rock trio composed of Dylan Minnette, Braeden Lemasters and Cole Preston announced their second album will be released on March 25, three years after their debut album was released in March 2019. The sophomore album is produced by Ariel Rechtshaid, who has previously worked with Adele, Haim and Vampire Weekend.

“Tell Me When It’s Over” features a variety of sounds, ranging from pop dance music, lo-fi, early-90s to indie folk. The new album pays tribute and is musically similar “Nothing Happens.”

The new album will feature 10 songs:

Following the Jan. 26 announcement of a new single, Wallows released a music video for their brand-new song, “Especially You” on Thursday. Jason Lester returns to direct the latest Wallows visual performance. This comes just four months after the release of their last single, “I Don’t Want to Talk,” and music video, which Lester also directed.

“It’s about when you’re in the early stages of a relationship and you get so worried that the other person’s mind will change at the flip of a switch,” Minnette said about the meaning behind album single. “It’s about stressing over the smallest things for no reason, but it’s definitely self-aware about the fact that I’m doing this all to myself.”

The visual concepts in the “Especially You” are quite similar to those in “I Don’t Want to Talk.” Wallows’ February 2021 EP, “Remote,” had more dynamic visual graphics and detailed storylines. In September, Wallows stripped back from incorporating large amounts of animation and visual effects and went for more raw, classic visuals. “Especially You” consists of similar warm color tones, with a vintage look. The video begins with the band walking into a kitchen, before transitioning to the band sitting in chairs met by different characters played by the members themselves.

The concept continues for the remainder of the video, having Minnette, Lemasters and Preston play both themselves and different characters. This idea likely alludes to the meaning behind the song, a reference to being self-aware and as Minnette said, “doing this all to myself,” in terms of anxiety in a new relationship.

The song itself starts with a quick, peppy drum beat before Minnette’s vocals begin. The title, “Especially You,” enters just 30 seconds into the song, accompanying lyrics such as “thinking about what you just said,” and “some things just leave me confused.” The energy of the song is pure Wallows-esque with hints at both the “Nothing Happens” era and mild techno styles from “Remote” while still proving to be a new era and vibe for the band.

Limited VIP packages for North American dates and “Especially You” packages for international dates are available. For tickets and more information, visit wallowsmusic.com/tour.