Wordle brings us together in the face of societal divisiveness

In the face of unprecedented separation, Wordle is just one way we are all more together than we may assume. 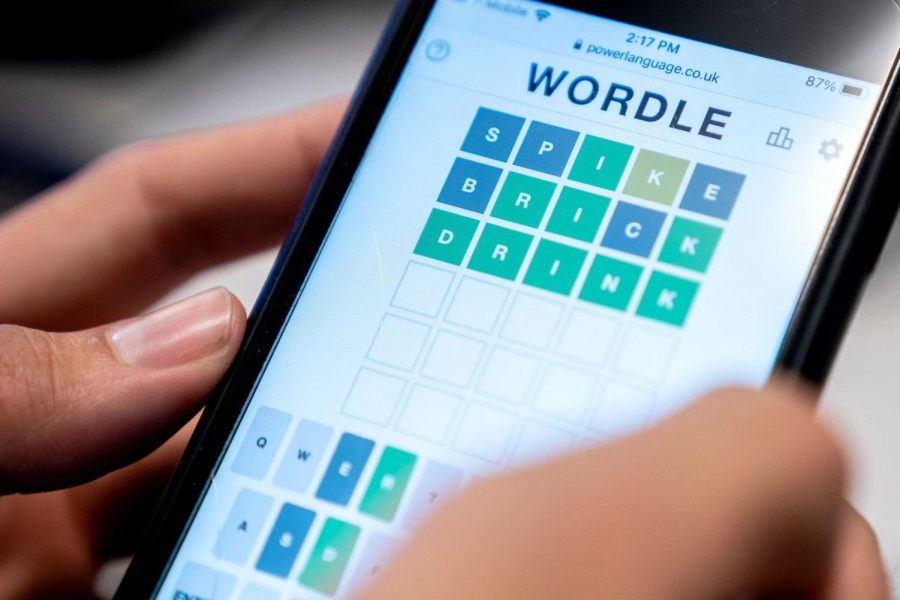 What’s the word of the day?

That is the question that now two million people ask every day when they play Wordle, a daily word-guessing game that has taken the country by storm. Created by Josh Wardle for his significant other, the game quickly undertook a meteoric rise from the 90 initial players on Nov. 1. The basis of the game is simple: you have six guesses at the word of the day. With each guess, a black box means a letter isn’t in the word, a yellow box means a letter is in a different spot in the word and a green box means that the letter is in the word and the correct place. But you already knew the rules, didn’t you? It wouldn’t surprise me.

I took a little while to give into the Wordle hype. After all, seeing the constant influx of multi-colored boxes on my Twitter feed and a mass of different corporations, brands and sports teams meme-ing the game to shreds got a little obnoxious after a while. Nevertheless, nine days ago, I played my first game of Wordle. As it turns out, it was quite enjoyable (I am now on a nine-game streak.) It is exactly what a daily word game should be: free, challenging and not taking too much time out of your day. I am now part of the millions of people sending and receiving the rows of boxes to friends and family, eagerly waiting to see if I performed better than my peers.

Playing the game and seeing many others play it as well made me think about our collective lives. A weird jump from word game to psychology, I know. But it is a pertinent question nonetheless: why are we, as a collective society, so far apart from each other? After all, hundreds of thousands of people every day, sometimes as soon as the clock strikes midnight (I’ve been there), play Wordle. Now, this is not to compare a 10-to-15-minute word game to the many divisive issues on the public’s mind today. COVID, vaccine and mask mandates, abortion rights and a potential war between Russia and Ukraine weigh heavily on people and can create divisive and polarizing feelings towards those who feel differently on a topic.

Using the example of political parties is the easiest way to depict this notion, as it is one of the few indicators in the U.S. with two groups that have clearly defined opinions that most Americans align with. In a 2014 PEW Research poll, it was reported that 38 percent of Democrats have very unfavorable attitudes towards Republicans, while 43 percent of Republicans feel that same way towards Democrats. Another poll shows that 92 percent of Republicans are more conservative than a median Democrat, while 94 percent of Democrats are more liberal than a median Republican, showing how intensely the public’s political views have shifted even before a pandemic and a critical 2020 election. Arguably, we have never been as polarized, divisive and more likely to dislike someone who doesn’t share similar views.

At the same time, think for a second. How many people do you know that play Wordle? If you were to ask the person next to you if they play Wordle, I would have to guess they would say yes. If you asked the person in the back of your class who never talks, I bet they play Wordle, too. It is impossible that the two million people (and counting) that play Wordle are all just like you. Furthermore, the recent AFC and NFC Championship Games averaged 49.6 million viewers, with over 100 million unique viewers tuning in. Call of Duty: Warzone has over 100 million players as of last year. So many of us share the same interests, from football to video games to Wordle, the newest example of this idea. Political polarization will probably never cease completely. But I think we should all take a moment to realize that the person you may disagree with on one issue would probably love to have a conversation about something you both enjoy. Wordle can help bridge the gap between those we feel are different from us and hopefully make people realize that we are all more together than we think.

Luke Halpern can be reached at [email protected]