The story of a popstar image, created by the artist rather than the label 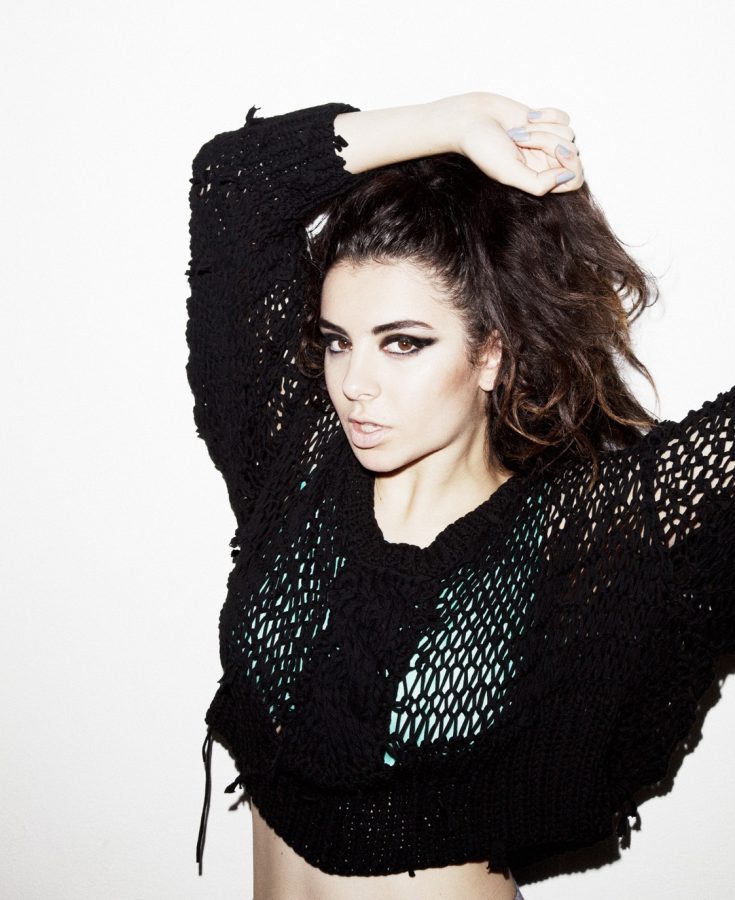 Anyone who has listened to the radio in the past 10 years may know British pop singer Charli XCX from her extremely commercially successful collaborations with Iggy Azalea and Icona Pop, “Fancy” and “I Love It” respectively, or her biggest solo Billboard Top 100 hit, “Boom Clap.” However, beyond those tracks lies the story of a pop star who has fought to stay true to her evolving artistic vision in an industry full of labels that would rather have a hitmaker than an artist with integrity. Especially when that artist is a young woman in pop music.

Charli signed her 5-album deal with current label Atlantic Records in 2010 when she was only 16 years old. At that age Charli had no idea what kind of music she wanted to make. She had been plucked from the London underground rave scene and thrown into studios with producers forcing sounds on her that did not fit. That is why it felt so good when she finally connected with producer Ariel Rechtshaid in 2011 and wrote one of the first singles off her debut album “True Romance.” Still, the full album would not release until 2013 when Charli was “finally ready.”

The album was received moderately well by critics and featured Charli tackling relationships with brutal honesty and distorted beats. Despite the critical approval, the album failed to be financially successful and so Charli’s battle to control the kind of music she put out was far from over. But when it came time to discuss her second album “Sucker” in 2015, she refused to shy away from discussing that struggle and how it was fueled by her position as a woman in the industry.

In an interview with Complex, she spoke on how she had to fight to get the budgets that would allow for music videos as bombastic and in your face as “Sucker” deserved. She said, “I have to fight with my record label to get what I want. People treat me like a little girl still, even though I’m in the position I’m in … I think that’s just a factor of being a woman in the music industry.” Along with monetary conflict, Charli was encouraged by her label to make the punk-leaning “Sucker” more “pop” to appeal to a wider audience. The album ended up being her most successful to date, leaving Charli at a crossroads where she could either continue making music to please her label and general audiences despite it “feeling fake,” orcontinue “creating her own musical language” outside the confines of what was considered acceptable by the mainstream.

When she met producer SOPHIE in 2015, it was clear what path she needed to go down. SOPHIE was close with members of PC Music, an art collective known for its extreme and surreal pop music that was polarizing at the time. The two worked together on the “Vroom Vroom” EP released in 2016, receiving mixed reactions from critics, as one would expect from a project steeped in the futuristic sounds of PC Music. But Charli says, “…working with SOPHIE and releasing “Vroom Vroom” was a key moment for me in realizing myself as a musician, because I felt like I finally found someone who could articulate my ideas sonically.”

Once Charli accessed this new sound, there was no turning back. She then released two mixtapes titled “Number 1 Angel” and “Pop 2” in 2017 in collaboration with SOPHIE and A.G. Cook, the head of PC Music. The release of projects as mixtapes instead of albums allowed Charli the freedom she couldn’t get when she dealt with the label stress that went hand in hand with the seriousness of the word “album.” But while she left her label and the world of mainstream pop behind, critics and audiences began to catch up to Charli’s new sound. “Pop 2” became her most critically acclaimed project to date and her tendency to collaborate with and uplift queer artists garnered her a new devoted fanbase that would further inspire her to embrace the unique pop star she had become.

Charli’s PC Music influenced style allowed her to find her niche as a pioneer of “hyper-pop,” a new term used to describe Charli and her collaborators’ forward-thinking pop composed almost entirely of digital sounds. With collaborator A.G. Cook at her side, Charli made two official studio albums with this sound, titled “Charli” and “How I’m Feeling Now.” She was finally getting to do big album rollouts for music she truly loved while receiving acclaim from both critics and fans. But she still had not reached the commercial success of her “Sucker” era and she still had one more album left in her deal with Atlantic Records that began 12 years prior.

The final album of the deal was released on March 18, 2022, titled “Crash.”  However, she’s not continuing down the hyper-pop trail she’s blazed for herself on this one. Instead, Charli is reckoning with her past as a pop artist and crashing it into the one she has become. In an interview with NPR she said, “There’s been quite a lot of tension between the way I’ve chosen to do things and the way a major label expects female pop artists to do things. And I think a lot of my previous work has really been born out of that tension — or some, at least. With the final album in my deal, I wanted to play into this idea of, ‘What if I played the game?’”

Subsequently, “Crash” plays as the flashy mainstream bid for commercial success her label has always wanted from her but with a Charli firmly at the wheel, who knows what she wants and is unafraid to make mainstream pop fit her.

Nic Roy can be reached at [email protected]